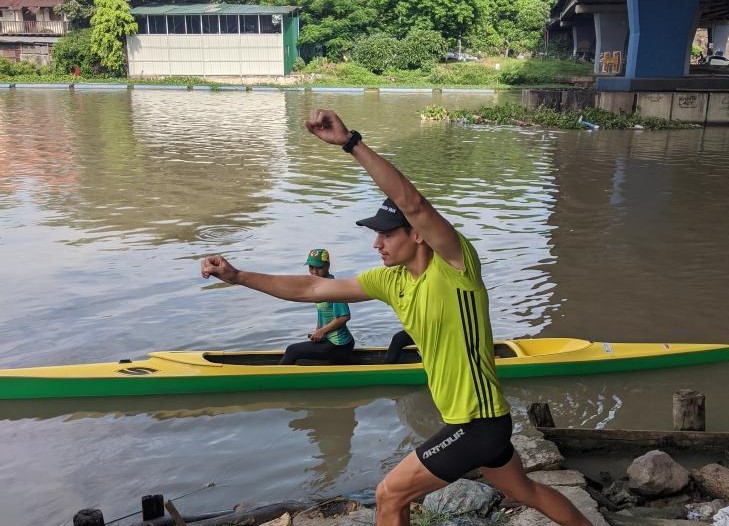 On the 12th December 2019, Paddle WA signed a landmark collaborative agreement with the province of East Java, Indonesia, to provide coaching services to support the development of their institute program over the next 10 months in the lead up to the Indonesian National Sports Games during National Sports Week (PON), which was due to be held from 20 October – 2 November 2020 in Papua. While the Games have since been postponed until October 2021, the agreement and coaching program is still going ahead, albeit with slightly different arrangements than first planned.

The PON Games are run for all the 34 provinces of Indonesia and all sports and events are hotly contested. The Games are more significant to the Indonesians than the Olympics and winning a medal is not only very prestigious but can also set an athlete up for life.

The historic agreement was formalised between Paddle WA and the National Sports Committee of Indonesia (Komite Olahraga Nasional Indonesia – KONI) during a trip to Surabaya, the capital of East Java, by Paddle WA Executive Officer, Rosalie Evans, and club coach Andrew Crothers.

During their trip to Surabaya, Rosalie and Andrew attended meetings and training sessions with KONI officials and kayak coaches, including two on-water sessions and one gym session. After spending time with the coaches and athletes, Paddle WA believed that the athletes would be able to make significant improvement under the guidance of Andrew.

Initially, Paddle WA had developed a program to work with KONI and the athletes over the year. The original plan would have seen the WA coaches travel to Surabaya five times over 10 months, culminating with Andrew and Rosalie returning to Surabaya and then travelling to West Papua to watch the athletes compete in the PON Games. There was also an opportunity for selected East Javanese kayak athletes to train in Perth during this time.

Andrew was able to make a return trip to Surabaya in January and another in March alongside national Hungarian canoeist, Gergely Balazs Nagy (Gary), who had recently moved to Perth. While the outbreak of the Coronavirus pandemic unfortunately forced the cancellation of the next planned trip in April, Andrew has still been able to provide coaching guidance from afar.

Since March, the majority of the East Javanese athletes who normally live at the KONI facility have been moved to a nearby naval base so they can continue to train as a squad. While on-water training has been banned, Andrew has organised for training sessions to continue on land. As gym equipment is difficult to come by, athletes have been given body weight and resistor band strength routines, balance drills using household items, staircase workouts and a variety of running drills. There is one kayak and one canoe ergo at the naval base, so athletes will film each other on the machine and send this through to the coaches in Australia, who provide feedback online.

In addition to the difficulties of coaching from the other side of a screen, the coaches have also had to find inventive ways to overcome the language barrier. When they were in East Java, the coaches had the assistance of local students who helped to translate. While this is no longer possible, a system of messages and videos through WhatsApp and the use of Google translate has proved to be successful.

The postponement of the PON Games until October 2021 has unfortunately meant that some of the senior athletes will not be able to compete at the rescheduled Games, due to an age restriction for competition. However, there are some positives, with the squad given more time to adjust to the new training programs and the chance for some athletes to gain further race experience by competing in Perth during the sprint racing season.

With thanks to Paddle WA and Andrew Crothers.

What to Wear When Paddling

When the Second Beer Costs You the Race

Random Tips for Your Next Paddling Trip