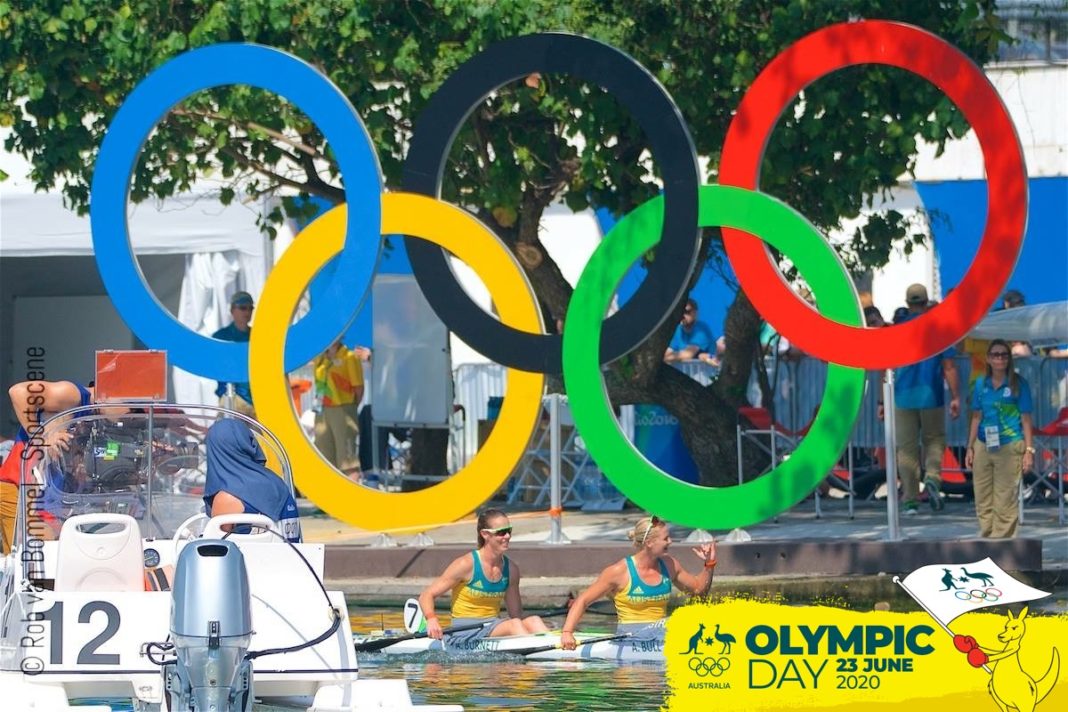 Australian Olympians and sports fans are celebrating Olympic Day today, with June 23rd marking the creation of the modern Olympic movement back in 1894.

Olympic champions Ian Thorpe and Ellia Green will join host Mark Beretta for Olympic Day Live, hosted by Optus, broadcast on the AOC’s Facebook our our Australian Paddle Team Facebook HERE at 12.30pm today, to share their Games experiences and check in with athletes and community members on their Olympic Day celebrations.

This year’s festivities have seen Olympians invite the public to join them in setting #OlympicDayGoals throughout June, setting challenges to be achieved by today, 23 June.

Olympic kayaker Alyce Wood stepped outside her comfort zone for her #OlympicDayGoals – aiming to learn to play the ukulele by Olympic Day.

“Despite not having a musical bone in my body, I managed to achieve my goal of belting out a full song on the ukulele by today,” Wood said.

“It was a lot harder than I expected, but like with anything you’re new at, if you keep at it and keep at it, it will click. Even though trying something new that you’re not great at can feel daunting, I realised I could just have fun with it.

“Olympic Day this year is different – instead of counting down to the Games in a month, it’s been a time to reset, giving us the chance to try some new things.”

“While my singing isn’t great, I had so much fun with it, it’s inspired me to try out some kayak karaoke when we’re on the water.

The Rio 2016 paddler, who has also been selected for Tokyo 2020, isn’t leaving her Olympic Day goal behind.

“I’m going to stick with it, pack it in my paddle bag when we’re back travelling and take it on tour.

“For so many athletes, your hobby is your physical activity – trying the uke has taught me it’s really helpful to engage in something else. Even though I’m not arty or musical, it’s so enjoyable and calming. 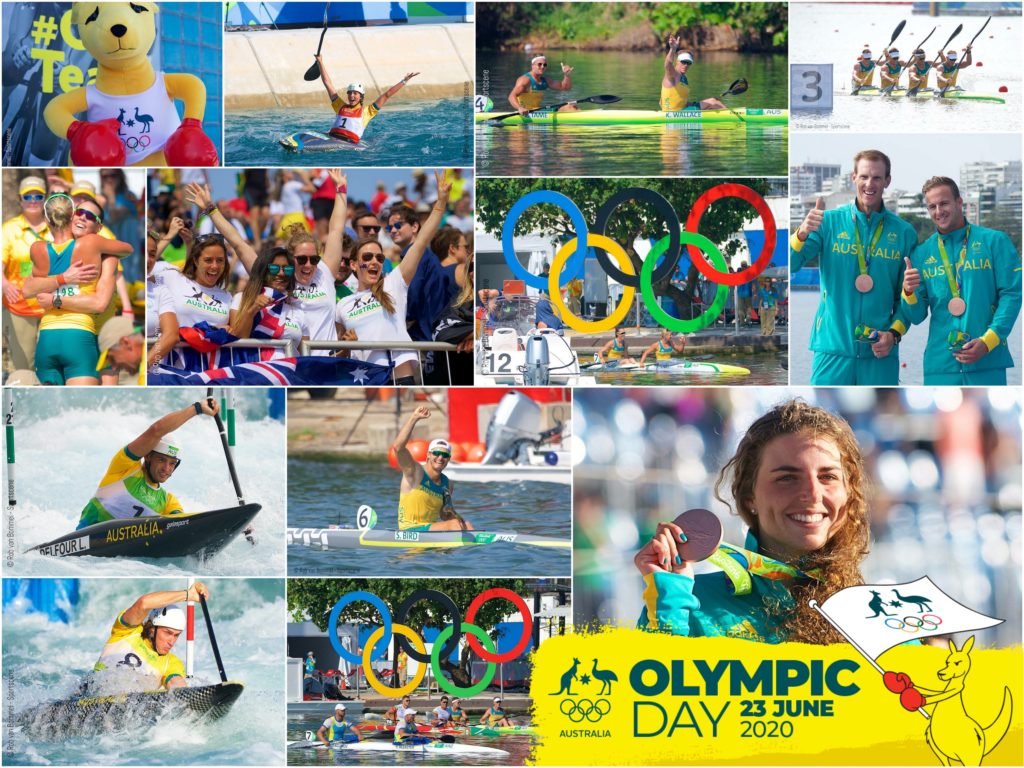 AOC CEO Matt Carroll said Olympic Day is an opportunity to celebrate what the Olympics means to Australians.

“On Olympic Day, we recognise those remarkable Olympic moments from the 3988 Australians who have earned the right to call themselves Olympians,” Mr Carroll said. “We acknowledge the contribution of their sports, coaches, families, volunteers and supporters who all make up the Olympic movement in this country.

“We also look to the future – to those athletes resuming their training and preparation for next year’s Tokyo Games, showing the determination to overcome this unique challenge, and lifting our spirits with their positive attitudes; and to everyone at the grassroots level getting back to their sport safely in the days and months ahead.

“I also want to congratulate all the athletes and community members who took part in the #OlympicDayGoals, to challenge themselves throughout June. Sport can play a vital role in bonding our communities and championing the way forward.”