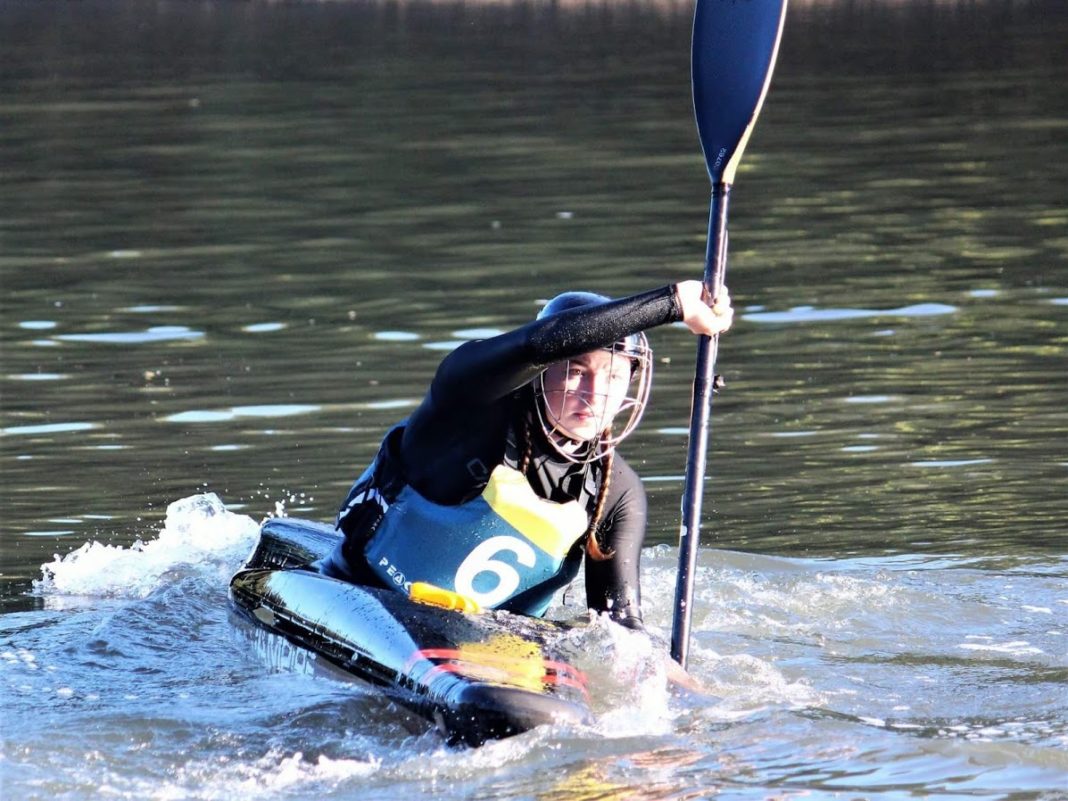 Alana Pacholke began canoe polo in 2015 when her mum Judy, who was already a keen canoe polo enthusiast, encouraged her to go to training in her holiday breaks from commitments with dancing. By the following week, she was on a team in the local competition!

The opportunity to travel to New Zealand and see the current world champions in action, has enhanced Alana’s excitement for canoe polo and this year she steps her game up a significant notch through selection onto the Australian Women’s Canoe Polo Team to attend the 2018 World Canoe Polo Championships.

When she goes to Canada, she is excited to see how she fare’s against the best in the world and to learn as much as she can from them. She wants to see how far she can push herself – there is no doubting Alana’s athletic talent!

She is motivated by wanting to support her team and doing everything she can to be strong and capable on game day.

Her advice to developing players is to surround yourself with strong players, and be prepared to learn from them.

She says, “If you’re always in a team where you are the best player, you are in the wrong team”.