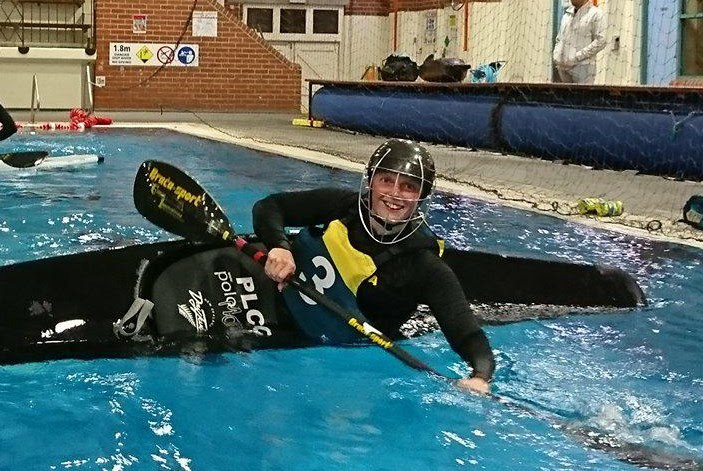 Jennifer Stevens, or “speedy” as her team mates affectionately call her, has a long affinity with life in a boat.

Whilst she commenced canoe polo in 2012 at the age of 24, she has an impressive history with marathon and sprint kayak racing that includes competing at the 2010 Marathon Kayak World Championships in Spain where she placed 15th and 19th over 32km distances in singles and doubles. Through sprint, she had opportunity to train for Olympic standard over 200m distance.

The opportunity to do some social cross-training paddling, soon turned into a transition from sprint and marathon disciplines to canoe polo with her local Victorian club.

Jen was a key player on her first Australian Women’s Canoe Polo Team at the 2015 Oceania Canoe Polo Championships, where the team placed first in a thrilling final against New Zealand. In 2017 she again represented Australia at the Oceania Champs, placing 4th.

She even pulled off a left hand (non dominant) shot at training and scored the winning goal for Victoria in golden goal final at the 2017 Australian Canoe Polo Championships.

In 2018, Jen will return to World Championship level competition, this time it will be for canoe polo. She will take her previous world level experience from marathon with her, and will be a dynamic member of the team.

To no surprise, fast fast…super-fast Jen will take the game charge starts. She is focused, she is pumped, and she is ready!

Going to Canada is exciting! She says the opportunity to see a Canadian bear motivates her at training to be super super fast.