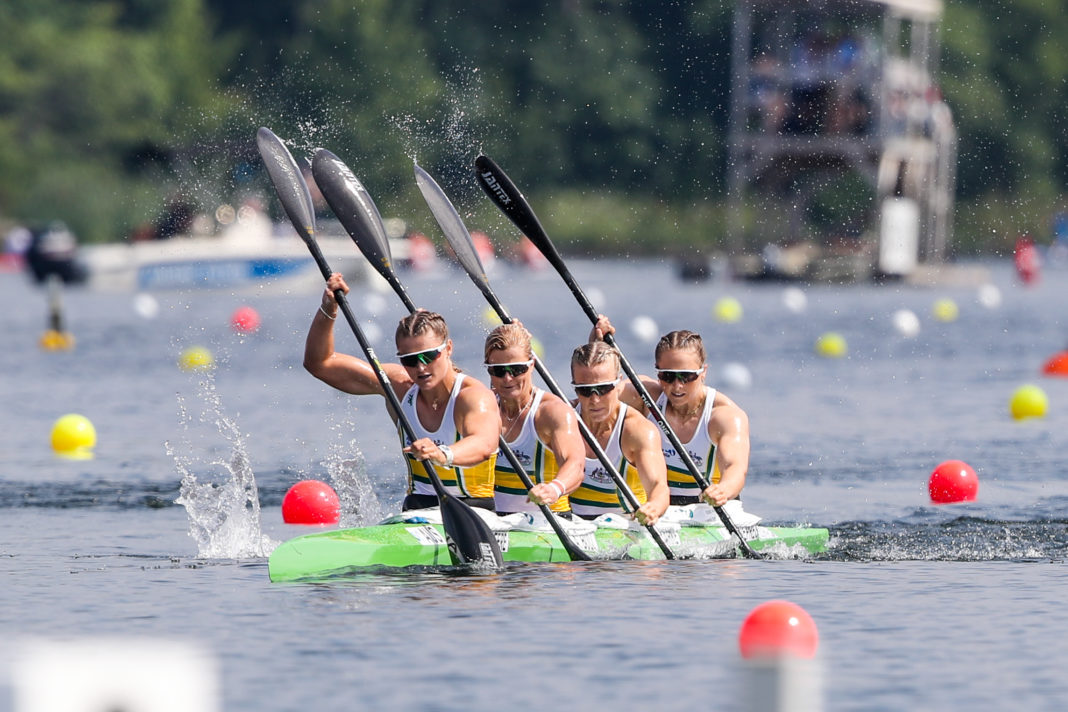 Australia’s medal haul at the ICF Canoe Sprint Championships in Canada continued overnight, with silver in the Men’s K1 500 and Women’s K4 500.

Almost a year to the day since van der Westhuyzen won the Olympic gold medal with teammate Tom Green in Tokyo, he once again stood on the podium.

After just six months together in the boat, the team were able to deliver an impressive finish behind Tokyo Olympic bronze medalists Poland.

For Bull, the most experienced member of the team, she couldn’t have been happier with her team’s performance.

“It was awesome! We had a cracking start, the boat run in the middle was quite good, then we just hung on for that last 100 or so metres which was really hard, but stoked to come away with the medal,” she said.

Women’s Sprint Kayak Coach, Rene Olsen said: “I’m feeling incredibly proud of the girls, it’s been amazing the trust and commitment that they have had to the team and the High Performance Program.

“Hopefully it can be a good start of a new generation for Paddle Australia that can really pave the way for a lot of good results over the years,” he said.

In other results Tom Green narrowly missed the podium in the Men’s K1 1000, finishing 4th. Aly Bull was 0.32seconds off a medal in the Women’s K1 500, finishing fifth.

Steinpreis and Beere also joined up in the Women’s K2 500 to finish fifth, just 0.64 seconds off a medal place.