Home General SAINSBURY GETS AUSSIES OFF TO GOLDEN START AT CANOE SPRINT AND PARACANOE... 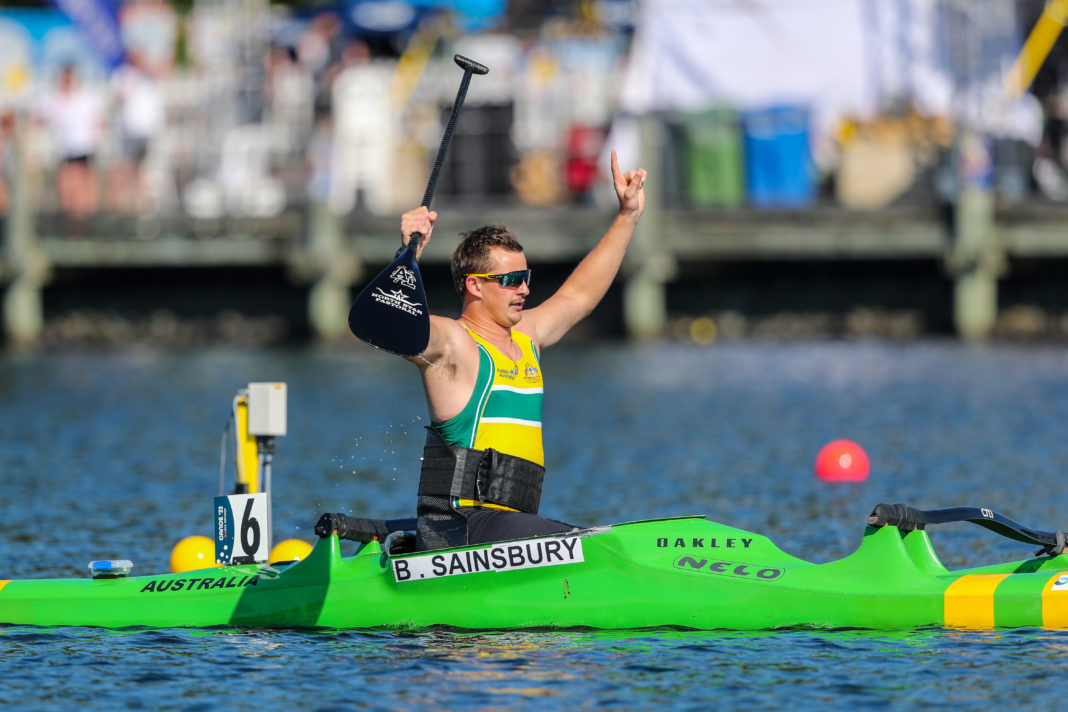 Para canoe rising star Ben Sainsbury has got Australia off to a winning start at the ICF Canoe Sprint and Paracanoe World Championships in Canada, overnight winning gold in the VL1 200.

The 21-year-old who hails from Western Australia, made his international debut this year and has delivered an impressive performance in the para canoe to be crowned the World Champion.

“The nerves were crazy on the start line, I could feel the butterflies in my throat, but I knew we’d put the work in and I can’t thank my coaches enough. To come away with the win, I couldn’t be happier,” Sainsbury said.

“There’s always that little voice in the back of your head that warns you not to expect too much on your first time.”

Sainsbury had previously tried wheelchair basketball and made the Australian U23 team, but then was enticed by Western Australian canoe coaches to give paracanoe a go.

It was a big decision to change sports for a teenager living in the Australian bush, facing a one hour commute every day just to get to a training venue.

“I fell in love with it from day one, I ended up leaving basketball to come to this, and I think it’s a great result,” he said.

“Training twice a day, and sometimes three, it’s a fair bit of driving and my fuel bill is nice and expensive. But events like this make it all worth it.”

An elated Sainsbury admitted he wouldn’t be standing on top of the podium had it not been for the huge support team behind him.

“Thanks to the WA Institute of Sport, without their help I would be nowhere.

“And of course thanks to the Australian team, my head coach Shaun [Caven] and assistant coach Anna [Wood] and all the staff behind the Para program.

“Then to my family and friends back home… I’m overwhelmed by the support,” he said.

Paracanoe Head Coach Shaun Caven “He did fantastic! What an achievement from a couple of years ago when he literally couldn’t even balance a boat to now being a World Champion.

“It’s a really great story and we are very proud of him,” he said.

“No doubt Ben’s win in the VL1 was the highlight which capped off an amazing first day of the 2022 World Championships for our team,” said Foureur.

“Already our athletes have progressed directly to a few A Finals and many of our other boats paddled to expectations. We will be looking forward to the upcoming semi finals.

“I don’t think we could have asked for a better start to our World Championships campaign, there is a positive vibe among our group and the Australian team is really buzzing,” he said.

Racing will continue on Lake Banook from August 4-7, in Dartmouth, Nova Scotia.