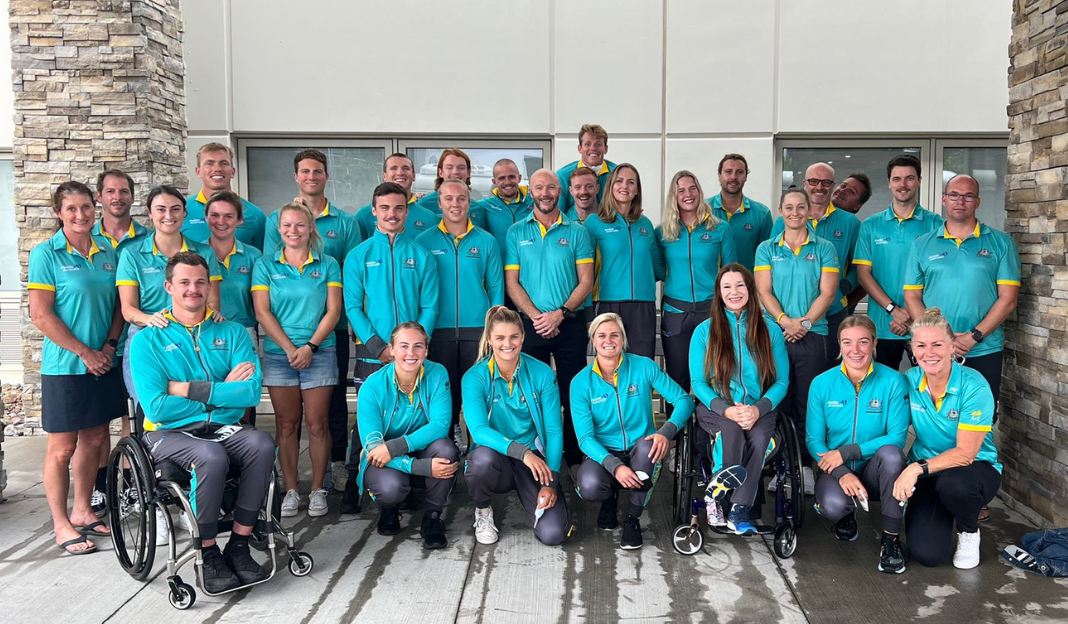 The 17-strong Australian team is a mix of experience and youth with Tokyo 2020 Olympic Champions Tom Green and Jean van der Westhuyzen, and Paralympic silver and bronze medallist Susan Seipel leading the charge.

Dual Olympian Aly Bull and dual Paralympian Dylan Littlehales return to the team, alongside 2019 World Championship athlete Jackson Collins. The remaining 11 athletes will all make their senior World Championship debuts in the green and gold.

The team arrived in Dartmouth after a month’s break following their opening 2022 World Cups, where Australia won 11 World Cup medals.

K2 1000m Olympic Champion Green, who won two individual K1 1000 silver medals, plus a silver and bronze with teammate van der Westhuyzen in the K2 500 in the opening two World Cup events, said the groundwork has been put in for a successful World Championships campaign.

“The preparations for World Champs have been good, there’s ups and downs as always, but we’ve been working tirelessly with our team to find new ways to elevate our performance and to make sure make we push ourselves as much as possible, so it’s been really good across the board,” Green said.

“I think Jean and I probably shocked a few people in the K2 500 at the earlier World Cups because they just didn’t think we would have the speed.

“So fingers crossed that we can keep working on the things that we need to improve on, with hopefully a few more surprises in Canada.”

Tokyo 2020 Paralympic VL2 silver medallist Seipel picked up right where she left off after Tokyo, winning KL2 200 gold and VL2 200 silver at the opening para event in Poznan back in May.

The seven-time World Championships medallist said she’s excited to return to the world stage and is keeping an eye on some new competition.

“It’s always an honour to be able to represent my country so I’m really excited for this year’s World Championships,” she said.

“We had a few challenges at the earlier events this season, with COVID and the weather being really rough, but it was good to get out racing again for the first time since Tokyo.

“I had a really tough race against Brianna Hennessy from Canada in the Va’a [winning gold by just 0.04 seconds in Poznan], and I had a tough race with Anja Adler from Germany in the Kayak, where she got me in the end for the gold.

“Great Britain has always been my biggest competition, but there are a lot of new faces and a lot of new countries are bringing it, so it’s going to be exciting racing in Canada.”

Racing will be on Lake Banook from August 3 – 7, in Dartmouth, Nova Scotia.

Check in with the team below as they provide some insight into their World Championships preparations and who they think their toughest competitors might be!