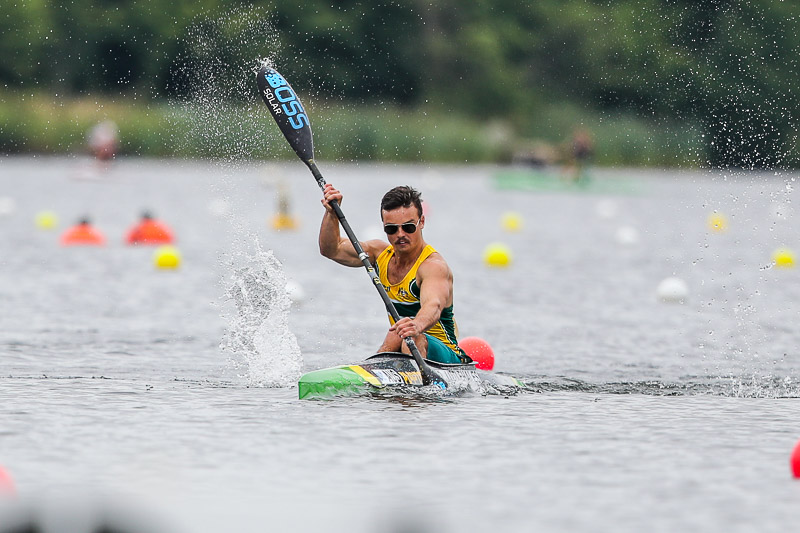 In a fiercely contested final, the race came down to a photo finish with nothing separating the top three.

At the halfway mark of the World Championships, Australia has secured two medals with Littlehales’ bronze and Ben Sainsbury securing a gold medal on the opening day of competition.

It was another strong day for the Aussies at the World Championships, with Australia now booking their spot in 15 A Finals from 18 events entered.

While Littlehales crossed the line hoping to finish atop of the podium, he was pleased to be coming home with a medal.

“That was tough being so close to getting the world champion title and it came down to a photo finish. But the goal this year was to get on the podium and I had a good race and achieved that, so I’m really happy.

“I think I’m in a good place and have had help and support from many, learning about many perspectives of paddling which has helped a lot,” he said.

Littlehales said the Australian squad has their sights firmly set on the Paris Paralympics and the new look squad boasts a strong mix of experience and young talent.

“Now we’re into the Paris cycle and with another 12 months of training, who knows where I could be then.

“I’m excited to see where this young team can go over the next few years and with Curtis [McGrath] set to return after his break and the talent that has joined over the last 12 months, it’s a really exciting time for our Australian team,” he said.

The action continues in Canada tonight with 12 Aussies in action across paracanoe and canoe sprint races.