Mid-way in the Olympic cycle, the team has been undergoing a transition with the youngsters and Rio 2016 Olympic debutants leading the charge and aiming to make a mark with one year to go to Olympic qualification and two years to go to the Tokyo 2020 Olympic Games.

“We’ve got a younger team now coming up and starting through so we have that transition happening in the sport where the younger guys actually start cutting their own teeth in terms of development and progression into the Olympic events,” National Sprint Coach Jimmy Owens said.

“They had a great campaign so far so we are really optimistic about their performances to go from here and into Tokyo. For us the big picture is Tokyo. It’s the journey you take in the four year cycle to actually make everything come to fruition.”

The crew was selected to represent Australia in the women’s K4 500 in Portugal after a strong season, including a record-breaking silver medal at the Canoe Sprint World Cup in Szeged, Hungary in May, setting the fastest ever time for an Australian women’s K4 500 crew (1:30.472).

The women’s team, coached by dual Olympic medallist Anna Wood (QLD), has been going from strength to strength since the Rio 2016 Olympic Games and it will be the first time since 2015 that Australia will have a women’s K4 at a World Championships.

The team comes to Portugal following a solid training block at the AIS European Training Centre in Italy and is confident about what lies ahead. 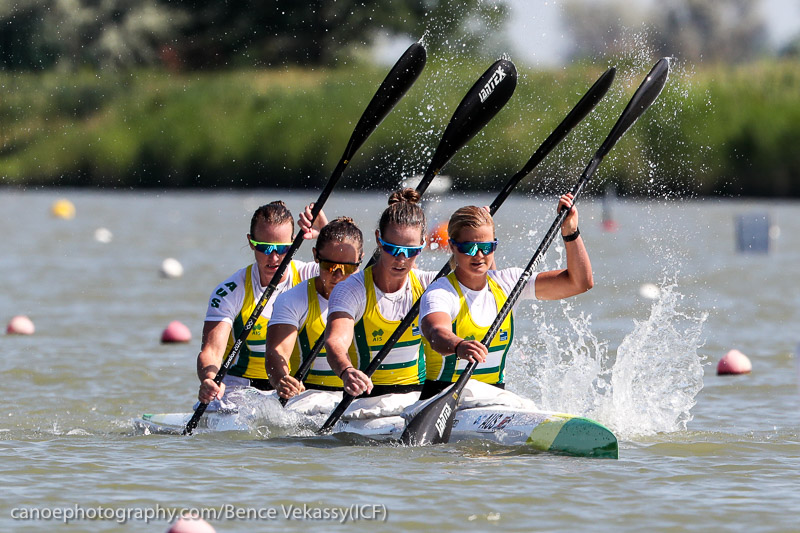 “We’ve had a really good training block in Italy the last four weeks and we are really excited to get on to that start line and see all the hard work that we’ve done come out and see what we can do,” Alyce Burnett said. 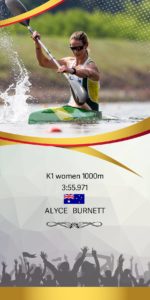 Burnett, who made the Rio 2016 final in the K2 together with Alyssa Bull and won the world title in the women’s K1 1000 last year, is enjoying the focus on the bigger boat.

“After such a great result, especially at World Cup one with a silver medal, we’ve really been working on the K4 and have been trying to improve a few different things and we are hoping for a good result next weekend. It’s the last dress rehearsal before we can qualify for the Olympics so we’ll see how we go.”

“The Olympic cycle goes quite quickly. We’ll get to next year’s Olympic qualifications and we’ll blink and we’ll be in Tokyo already. So this World Championships it’s all about trying a few different things and testing the waters and next year we want to get a maximum quota of girls on the team.

“I think we’re in a really exciting place for the women’s kayak team at the moment and the kayak team in general and I’m really excited to see how we go,” the 26-year old added with Tokyo 2020 in mind.

Burnett will also contest the K1 500, while her former K2 partner Alyssa Bull will race the women’s K1 1000. K4 teammates Jaime Roberts and Jo Brigden-Jones will double up in the K2 200. 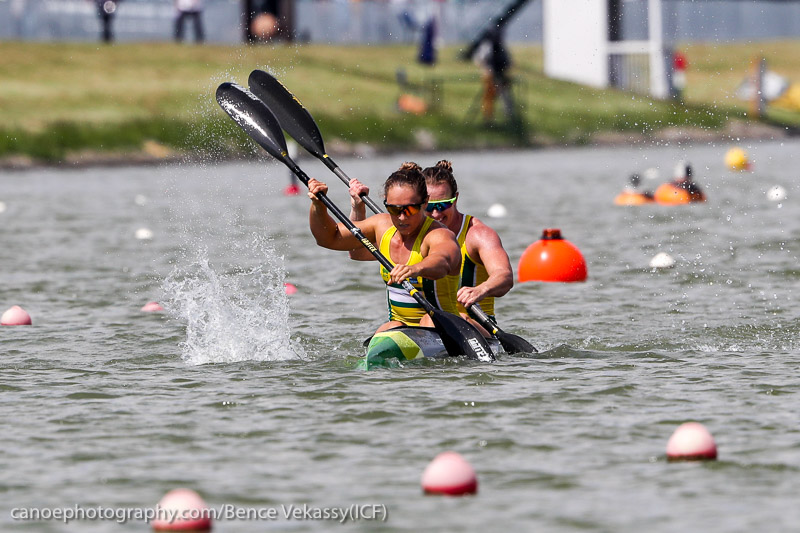 And echoing Burnett’s views on the goals ahead she added: “It’s pretty important that we get as many crews together and get the K4 up to scratch so we can qualify as many spots as we can for Rio, which will be the World Champs (and Olympic Qualification Event) next year. So this is kind of our last dress rehearsal before everything starts to count next year and hopefully we’ll send a full team to Tokyo 2020.”

Australian women’s team also includes South Australians Cat McArthur and Josephine Bulmer. Cat McArthur won her first Senior international medal at the ICF Sprint World Cup in Duisburg in the K1 1000 and will race the K1 200 and 5000 at the World Champs. 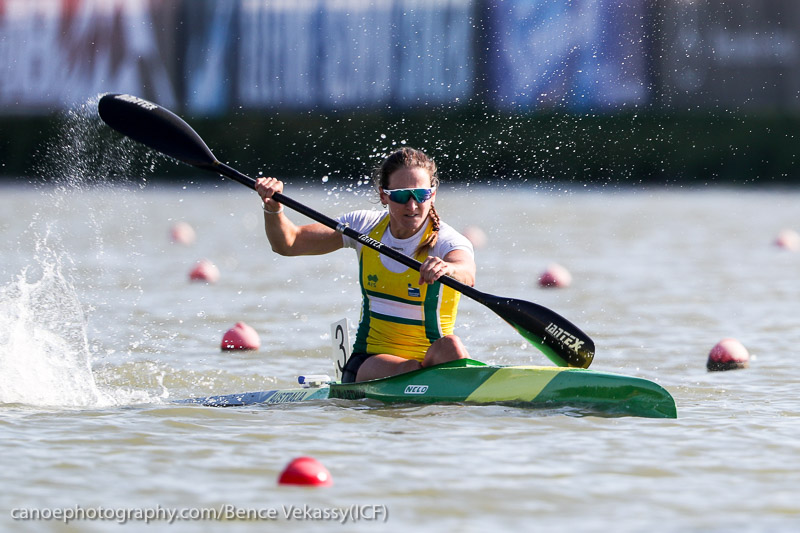 22-year old Josie Bulmer made her first ever Senior final in the C1 200 with the boat class to premier at the Olympic program in Tokyo 2020. Bulmer also went on to win the B-final at the ICF Canoe Sprint U23 World Championships in Plovdiv, Bulgaria at the end of July. In Portugal she will race the C1 200 and 5000. 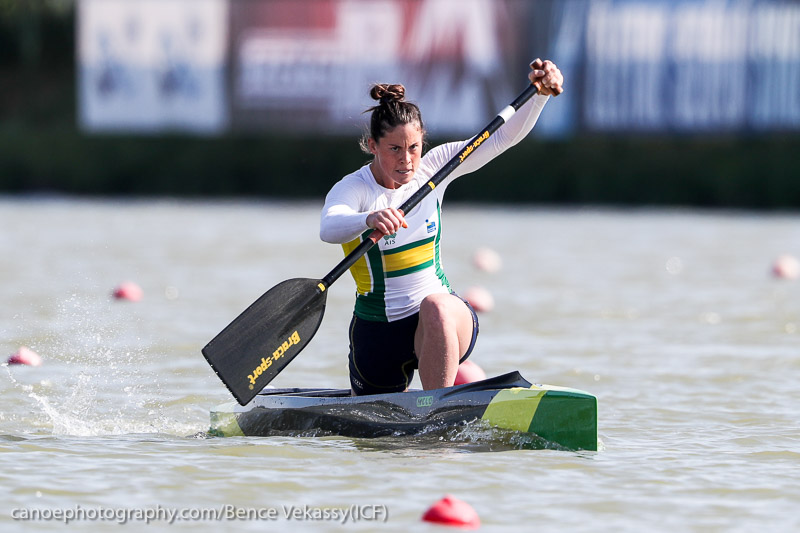 Newcomer to the team Tom Green (QLD) also competed at the U23 World Championships and re-joined the Senior Team after winning a gold medal in the K2 1000 together with Joel McKitterick (QLD). 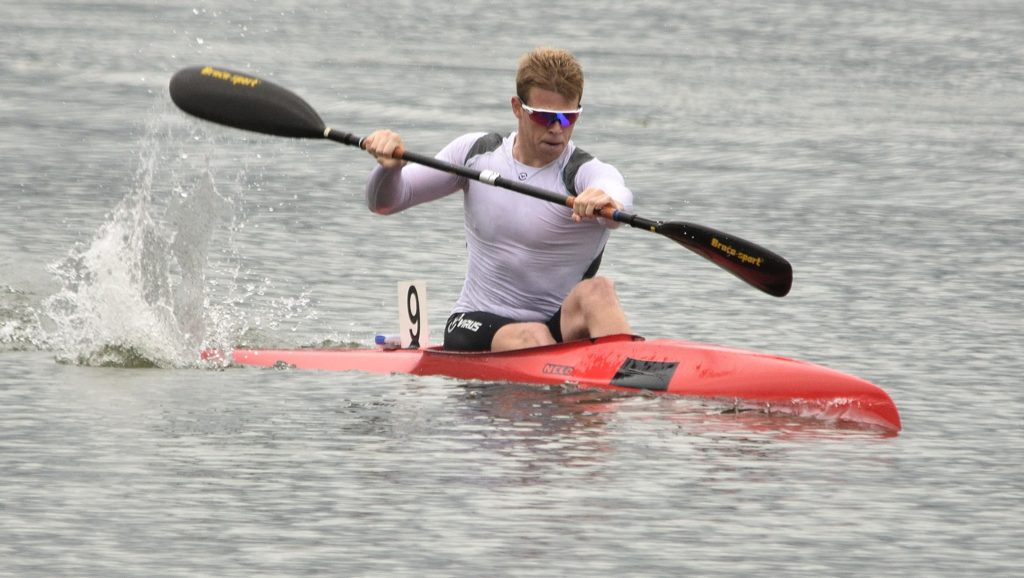 Team-veteran ‘Muzza’ Stewart will also contest the men’s K1 1000, the event he finished fourth in at the Olympic Games in Rio and after a fourth place at this year’s World Cup in Duisburg. 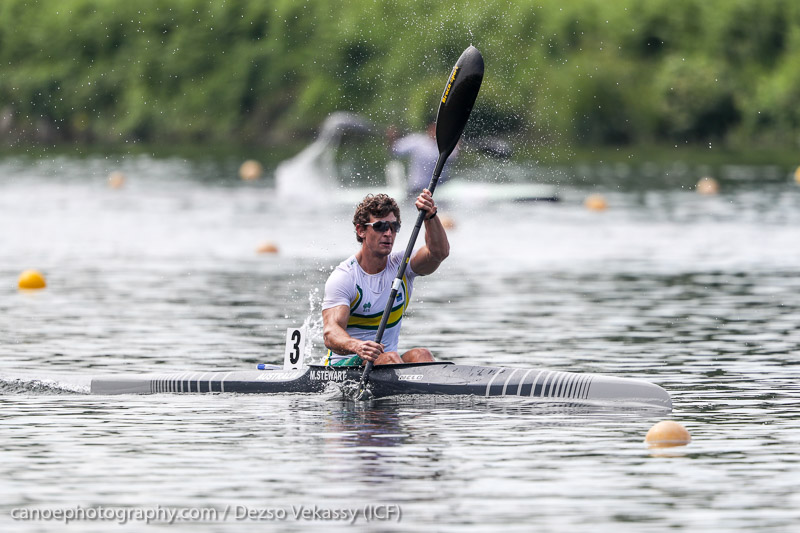 Wood and Fitzsimmons are amongst the young guns that have been making waves this season. The pair made their Olympic debut in Rio 2016 in the men’s K4 and were part of the 2017 World Championship winning K4 1000 team together with Murray Stewart and three-time Olympian and 2008 Olympic gold medallist Ken Wallace (QLD).

This year, they were at the front of most fields nationally and impressed selectors after winning two bronze medals in both the K2 1000 and K2 500 at the World Cup in Duisburg at the end of May. It will be their first time racing the K2 at a World Championships.

“Our goal was to race the K2 at the World Champs this season and we would like to put down a really good race and improve on our World Cup results. This will also give us the chance to see where we are at with Tokyo 2020 in mind and where we can improve,” Wood said about the goals ahead.

“We’ve seen some improvements on the water and in the gym in our training camp in Szolnok (Hungary) and we are pretty confident about how the K2 is going right now. After our performances at the World Cups earlier this year, we wanted to improve a few things and we’re right on track to close the gap on those topped ranked crews. All we have to do now is give it our all and race smart,” Fitzsimmons added. 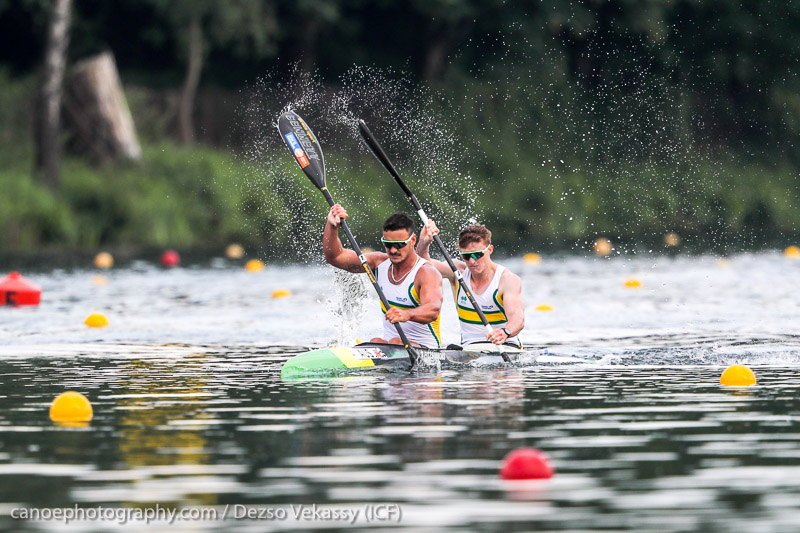 “This is Woodys and mine first time racing the K2 at a World Championships and we’re super excited for it.  This year can really set up our next two years and give us some momentum coming into Tokyo.

“We’ll also be racing the K4 500, which we are pumped for. Those boats get up to some fast speeds, so it’s going to be super fun racing this K4 for the first time. The K4 is also going to be very important next year, when it’s qualifying year as it will be our best shot to qualify four spots for the Olympics.” 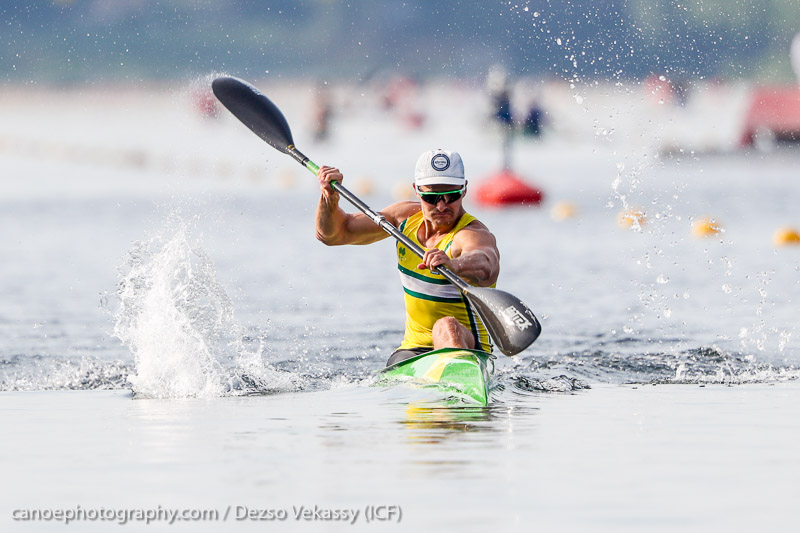 Racing starts in Montemor-O-Velho with the Paracanoe events on Wednesday. The Olympic and non-olympic class events start on Thursday.

For athlete bios see here https://paddle.org.au/team/sprint-team-athlete-profiles/ or click on the link in the name.