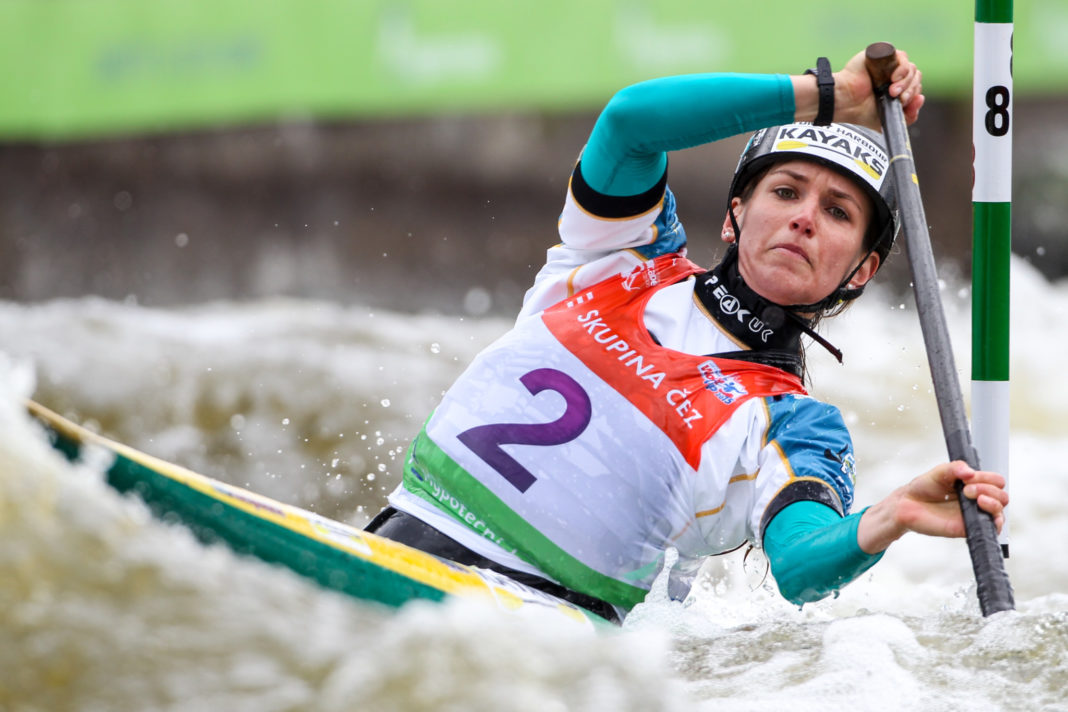 The 2017 ICF Canoe Slalom World Cup season kicks off this weekend in Prague, in the Czech Republic, with Australia fielding a ten-strong team led by Olympic silver and bronze medallist, Jessica Fox.

The Australians have been based in Europe for several weeks, becoming acclimatised ahead of a long season which will culminate in the World Championships in Pau, France, in September.

The Australian team is a strong mix of experience, including triple Olympian Warwick Draper and World Championship gold medallist Ros Lawrence, and youth, with several team members still eligible for the U23 World Championships.

“The athletes are well prepared and looking to be competitive on the weekend,” Australian Canoeing’s National Performance Director, Shaun Stephens, said.

“The team here in Prague is a young team with six of the 10 athletes still eligible to compete at the U23 World Championships.

“There is a very positive spirit within the team and everyone is looking forward to competing at the first world cup of the year.”

Australia will have four women competing in the C1 competition, confirmed last week as a new event at the Tokyo Olympics after several years of lobbying.

Jessica Fox, younger sister Noemie, Lawrence and Tasmania’s Kate Eckhardt will all be keen to make an early statement in the new Olympic race.

Lawrence, who has been part of two World Championship C-1 gold medal teams, said it has given the sport a considerable boost.

“There’s a sense of purpose amongst the C1 women I’ve seen on the water,” Lawrence said from Prague.

“There are plenty of fresh faces I haven’t met amongst my favourites from past years, and I can’t wait to get in the mix and enjoy the challenges of racing.

“I’m so happy to be back in Europe after taking a break from international racing last year. It’s summer, there’s great whitewater and all my paddling friends are here.

“So far 2016 has been relatively uneventful on the paddling front. I’ve been working hard and the fun is about to start with World Cup 1 in Prague.”

2016 Olympian Lucien Delfour will team up with Draper and Timothy Anderson in the men’s K1, while the exciting young trio of Tristan Carter, Daniel Watkins and Brodie Crawford will contest the men’s C1.

In the women’s K1 Jessica Fox will paddle with Lawrence and Eckhardt, with Fox and Lawrence also set to contest the rough and tumble of the extreme cross event.

Delfour and Draper will line-up for the men’s extreme cross.

“Many of the athletes have been in Europe for quite some time and have competed in some lead up regattas with some very encouraging performances,” Stephens said.

“There is particular excitement within the team to see the C1 women’s event officially added to the Olympic programme.  This is fantastic news for the sport of Canoe Slalom, gender equality as well as for the Australian Canoe Slalom team.

“Already from seeing some of the performances this year at the recent European Championships, the level of International competition has lifted again.  The Australian team is up for the challenge and want to lead the way in taking the sport to another level.”