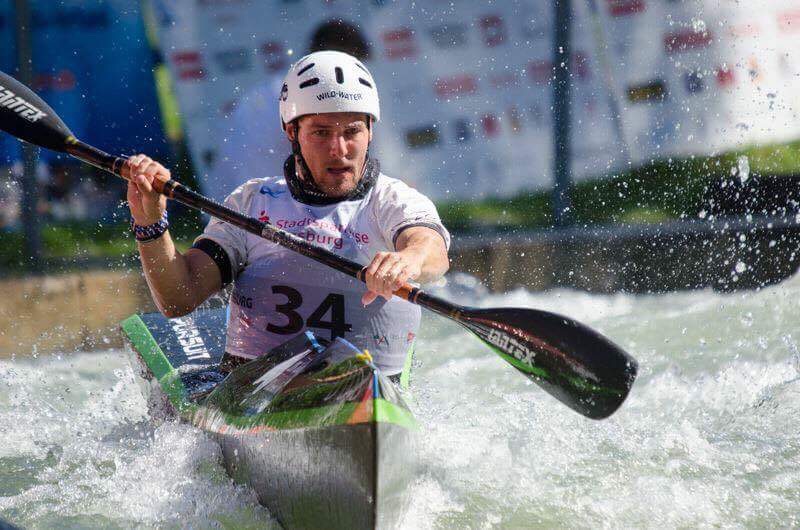 Robert McIntyre, fresh off a World Cups sprint canoe campaign, has posted a top ten finish in the men’s K1 at the ICF Wildwater Cup in Augsburg on the weekend.

Last weekend was the culmination of two weekends of Wildwater World Cups, with two sprint races and two Classic races. McIntyre, who competed in the World Cups in Hungary and Serbia, departed that tour and arrived onto the Augsburg Eiskanal course and managed to get straight into the groove with a few days training and raced himself into the final of the men’s K1 class.

The final was a thoroughly riveting race with the top 11 of the 15 finalists finishing within 0.95 seconds of each other. McIntyre had a tie for seventh place in a time of 50.64 seconds. There was an exciting tie for first place between Nejc Znidarcic from Slovenia and Bjoern Beerschweenger from Germany in a time of 50.03 seconds. Third place went to Gaetan Guyonnet from France in a time of 50.24 seconds.

Georgina Collin was our only Australian representative at the first weekend of World Cups on the Muota River in Switzerland, finishing 18th in the sprint and 25th in the classic. She met a new milestone at Augsburg, making her first senior sprint final and finishing 11th in a time of 60.88 seconds. The winner was Melanie Mathys from Switzerland in a time of 55.83 seconds, with second place to Lise Vinet from France in a time of 56.17 seconds and Alke Overbeck from Germany was third in a time of 56.95.

The final day or World Cup racing was the classic race down at Landsburg where Robert finished 28th and Kaylen finished 39th.