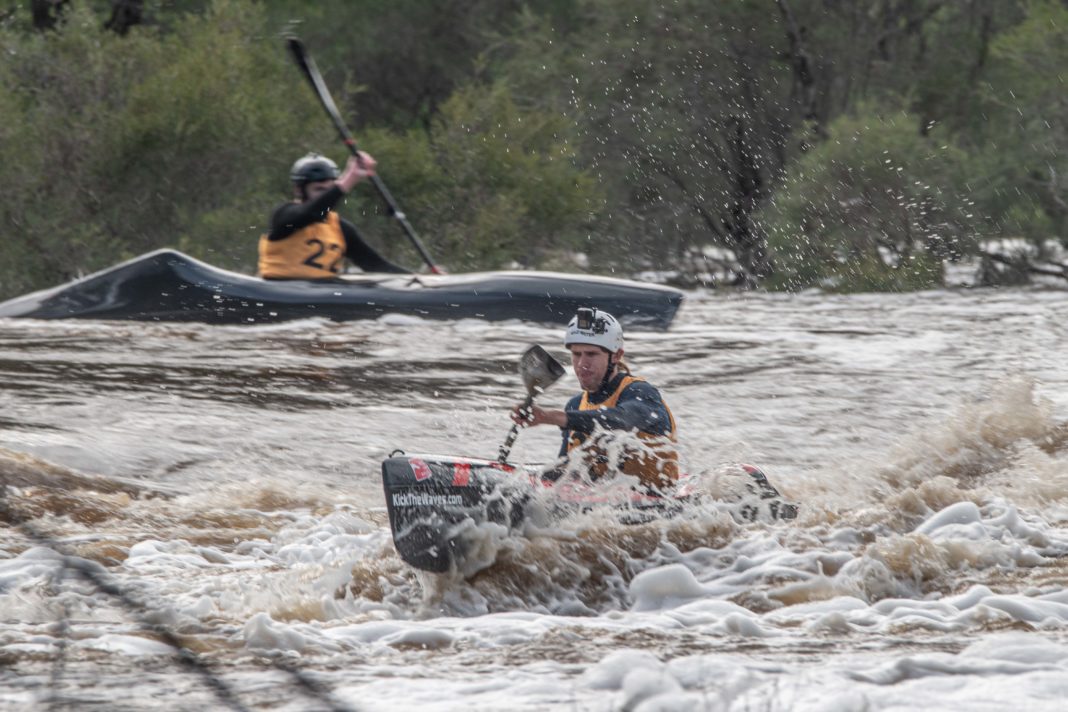 The 2022 Canoe Wildwater National Championships was a wet and wild affair on Western Australia’s Avon River on Saturday 6 August.

It was the first time since 2004 that Western Australia had hosted the event with 55 competitors from three states coming together to compete.

In rainy weather, making for exciting racing conditions, competition kicked off on Saturday with the classic teams races as Noah Boldy, Steve Bird and Jesse Phillips took gold in a time of 52:51.50.

Over in the Open Women’s, Western Australia’s Nina Mueller won by over 40 seconds ahead of Dita Pahl and Ella Lawsen.

On Sunday the event moved to Walyunga National Park for the 370m Sprint race with the morning seeing the individual sprint event before the teams event in the afternoon.

Ex-sprinter and dual Olympian Steve Bird won the Men’s Sprint National title while Mueller once again took out the women’s to be crowned Australian Classic and Sprint Champion.

Special mentions go to our U16 girls, Ella Lawsen (NSW, National Champion and 2022 Australian Canoe Wildwater Junior Team Member) and Abigail Watson (VIC, 2nd Place) who have both only started paddling Wildwater within the last year. The high-water Avon was a difficult river to paddle, but that didn’t stop these girls from showing everyone just how well they can handle big water. The future is bright for Ella and Abigail and we can’t wait to see them develop as athletes.
Also competing in the championships was WA paddling legend Terry Bolland, who was crowned 65+ WWK1 national champion ahead of John Di Nucci. Earlier this year, Terry celebrated his 70th birthday by completing a 14000km paddle, having paddled every day for exactly 1 year to achieve this. Terry’s incredible feat saw him raise over $17,000 which was donated to the Prostate Cancer Foundation of Australia.

In the afternoon the Sprint teams races saw some exciting racing with the open men’s team of Alex McIntyre (NSW), Huxley Luntungan (NSW) and Tom Elms (VIC) taking gold in the WWK1 Open in a time of 3:25.3.

Paddle Australia would like to thank the Wildwater community for a great weekend.