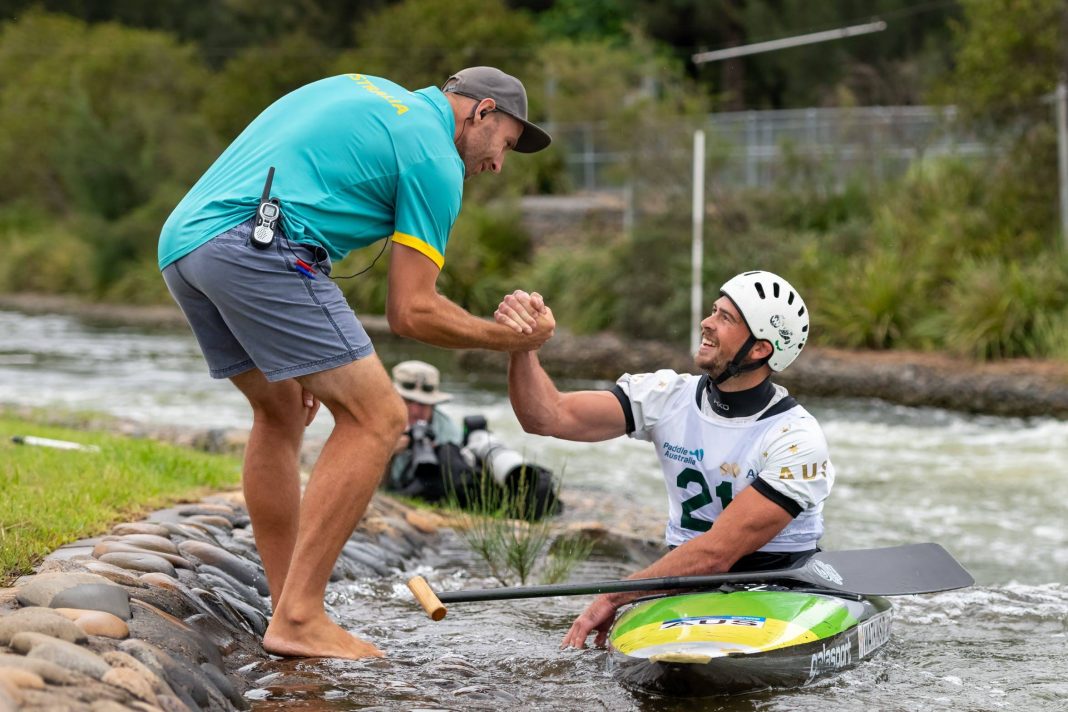 As he steps out of the boat and hangs up his coaching boots to pursue his next career as a primary school teacher, Paddle Australia would like to thank Robin Jeffery for giving so much to his role as National Canoe Slalom Coach.

As we say goodbye to Jeffery, a London 2012 Olympian turned Olympic coach at Tokyo 2020, who has served in the role of National Canoe Slalom Coach since 2018, PA is now opening applications for the role in Australia’s national canoe slalom team.

While he is excited to pursue the next chapter of his career, Jeffery said he knows he’ll remain connected to the slalom community, as he fondly reflects on his time in the role.

Jeffery said that although the move from athlete to coach was challenging at first, he is super grateful that he jumped at the chance and for the support he has received along the way.

“For me, taking up coaching was about working in, and giving back, to the sport that gave me so much,” Jeffery said.

“I finished paddling in 2016, and took up the opportunity to start coaching in 2018, so I actually ended up coaching a lot of the paddlers I’d been paddling with, which was a really cool experience.

“I’m incredibly grateful to Paddle Australia, the athletes and support staff – this role and the sport has really enriched my life and led me to where I am today.

“I wouldn’t be on the trajectory that I am without paddling, so I’m incredibly grateful,” he said.

Reflecting on his time at the helm of the Canoe Slalom program, Jeffery said he couldn’t go past his first World Championships and Olympic Games as a coach as the highlight.

“Getting to go to my first World Championships as a coach would have to be up there – I thought I was nervous as a paddler but nothing compares to being a coach!” Jeffery said.

“But the culmination, for me, was Olympic selection in 2020 and then actually getting to Tokyo in 2021.

“Helping Dan [Watkins] to achieve and perform to such a high standard was huge – he’s an exciting paddler but that also means you’re on the edge of your seat the whole time.

“It was nerves, it was excitement but ultimately I was so proud of him. The way he held his composure in his first Olympic final, I think that would have to be the most rewarding thing,” he said.

In terms of what’s next for Jeffery, he’s going to continue working with the next generation, this time in the classroom.

“I’ve still got a few units and placements left in my teaching degree, and hopefully I’ll be in the classroom very soon,” Jeffery said.

“What I’ve learnt as a coach, and what I’m learning as a teacher are completely complementary – and I’m excited for the next chapter,” he said.

With Jeffery vacating the role, Paddle Australia has begun a recruitment process to find the next National Canoe Slalom Coach.

CLICK HERE to find out more and to apply.