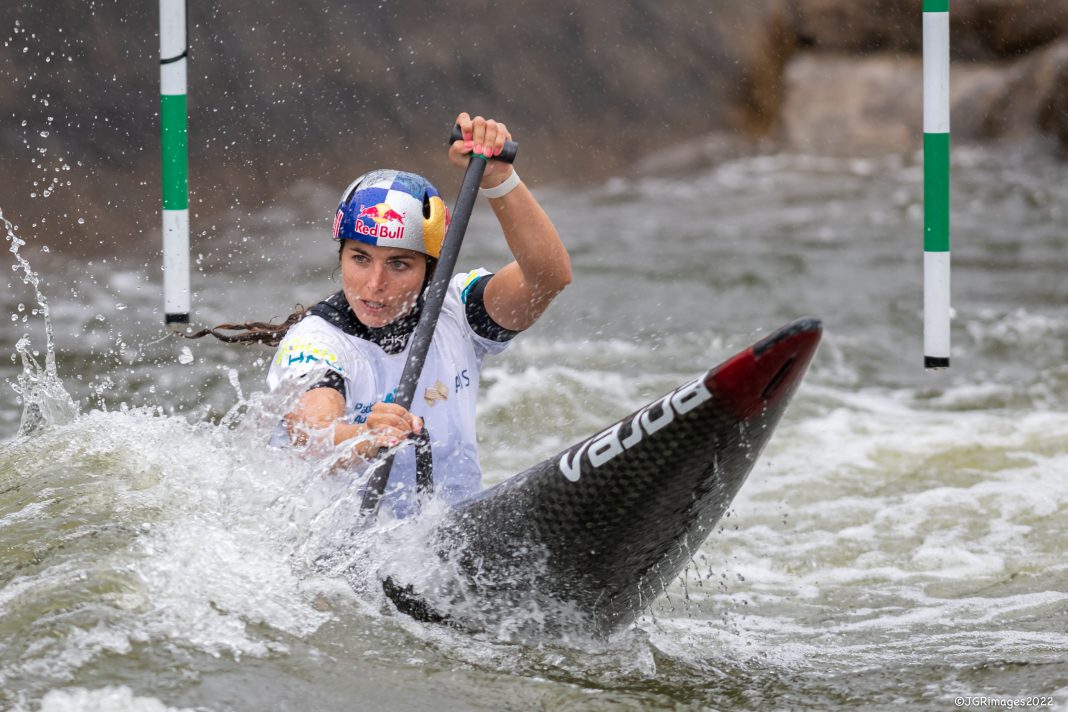 It was a day full of finals at Penrith Whitewater Stadium today for the 2022 Canoe Slalom Australian Open and 2022 PA Canoe Freestyle Championships.

Jessica Fox showed why she is considered the best canoe slalom paddler of all time, adding another gold medal to her haul at the 2022 Canoe Slalom Australian Open at Penrith Whitewater Stadium today.

Fox was happy to have been able to improve slightly on her semi final run, in the women’s canoe final

“I felt like I had a really good semi final race, everything just felt really smooth and tiny,” Fox said.

“I just wanted to do the same, if not a bit better in the final – and I finished in about the same time.

“I lost a little bit of time in the second last up gate, but overall I’m pretty happy,” she said.

“I’m pretty happy with how I’m paddling – there’s still certain things I’d like to be working on,” Fox said.

“There’s some little things I’d like to have done better, but it’s always good to get some racing practice, especially at this time of year,” she said.

In the men’s canoe final, it was Tristan Carter in first, ahead of Kaylen Bassett in second and Mark Crosbee in third.

Carter was happy to have won all three races in the men’s canoe – heat, semi and final, and attests his performance to his mental toughness.

“I’m super happy with how I’ve progressed mentally, and I’m glad I was able to hold it together,” Carter said.

“I just felt a shift before the races in my mental game, and I knew I could push myself a little bit further.

“And that was able to help me win three from three races in the canoe and I couldn’t be happier,” she said.

Having had an interrupted two years due to the COVID-19 pandemic, Carter said his focus has remained on performing well in competition.

“That’s definitely been a focus of mine – it’s been very interrupted the past two years but my motivation has never faded,” Carter said.

“I’ve been able to race pretty well after that, and I’m hoping to race even better after a little more training,” he said.

Noemie was happy to finish the weekend on a high, especially with a gold in the new exciting discipline.

“It’s always fun to get in the Extreme boats and race off the ramp,” Noemie said.

“I’m a bit exhausted after a big, full weekend of racing and selections.

“But it’s always good to have a proper extreme race, and getting some practice in before the international season,” she said.

With the international season in mind, Noemie has already set some goals, and has her sights firmly set on World Cup finals.

“I really want to step it up a bit more in the kayak and Extreme this year overseas,” Noemie said.

“And I’d like to get an extra few finals up my sleeve in the K1 and Extreme boats this season.

“You can’t really anticipate the outcome in Extreme, but I’m just looking forward to getting a bit more practice in on the international stage,” she said.

Newland said it was great to be back with the freestyle and white water communities again.

“It’s always a good time to get up here – win or lose, it’s been so good to see everyone again,” Newland said.

“With COVID, we haven’t seen each other much in the last two years or had many competitions at Penrith.

“So it’s been so good to come up and see everybody – it’s been an unreal weekend,” he said.