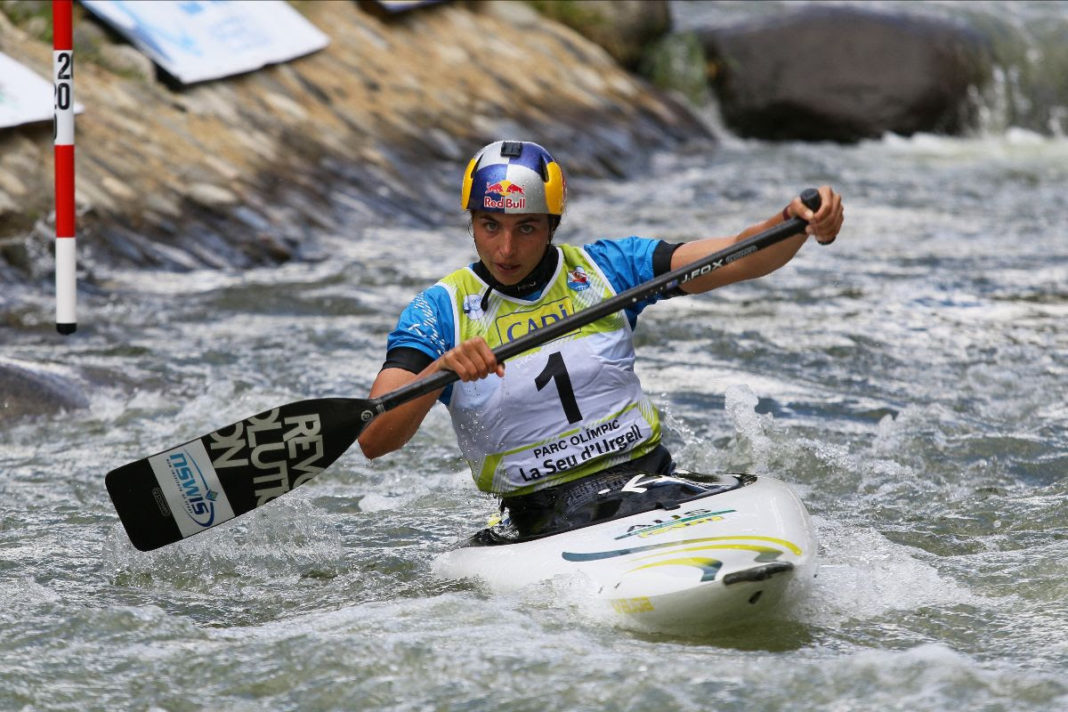 The Australian took gold in the women’s C1 final by more than six seconds, to add to the K1 gold she won on Saturday.

Fox was fantastic all weekend on the 1992 Olympic Course in La Seu d’Urgell, and on Sunday she navigated the rapids faultlessly and stopped the clock at 93.07.

She was more than six seconds faster than Czech canoeist Tereza Fišerova, while Nuria Vilarrubla from Spain picked up the bronze medal on her home course.

The time Fox produced in the final was so fast that she would have finished seventh in Sunday’s men’s canoe final. She was one second up in the first split time, but then pushed strong in the second part of the course.

“I think it is hard to make time on the top. I really wanted to be solid and safe in the gates, not get any penalties,” Fox said.

“Once I got through the middle section I was a little bit low in the upright under the bridge, but tried to keep the speed. I have no arms left, I really pushed hard.”