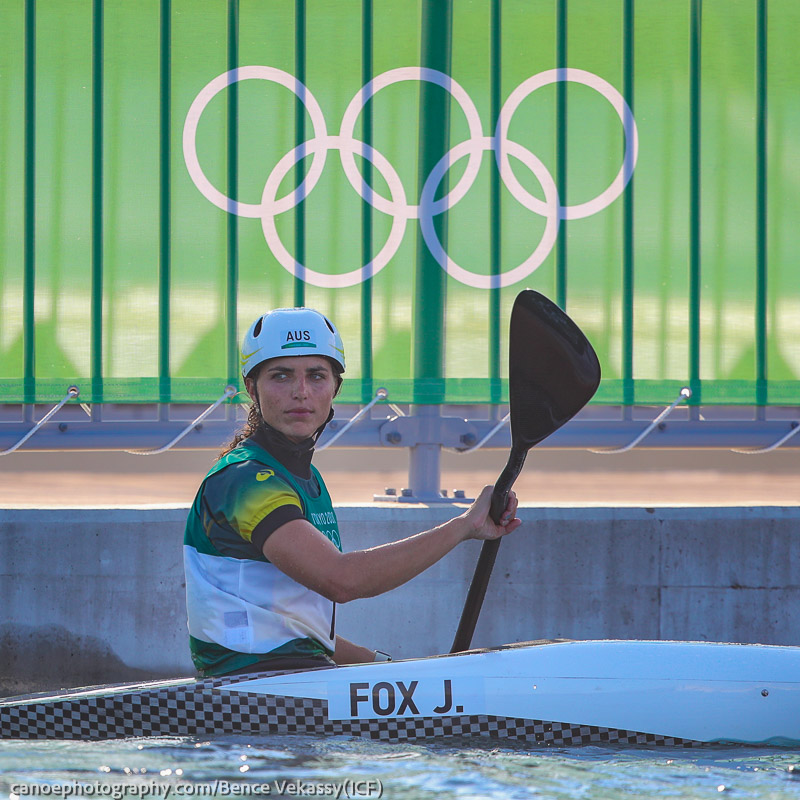 Dual Olympic medallist Jessica Fox will have her first chance at a Tokyo 2020 medal on Tuesday, 26 July 2021 when the women’s kayak K1 semi-final and final are on at Kasai Canoe Slalom Centre.

Fox will head into the semi-final as the one to beat, after winning the two-run qualifying on Sunday.

The 27-year-old had a great start to her third Olympic campaign, when she set the fastest time in the heats of the women’s K1 (98.46 seconds) in a blistering run that saw her closest rival Ricarda Funk (GER) more than three seconds behind.

The current world number one won silver in the K1 at London 2012 and bronze at Rio 2016 and is hoping to go one better in Tokyo.