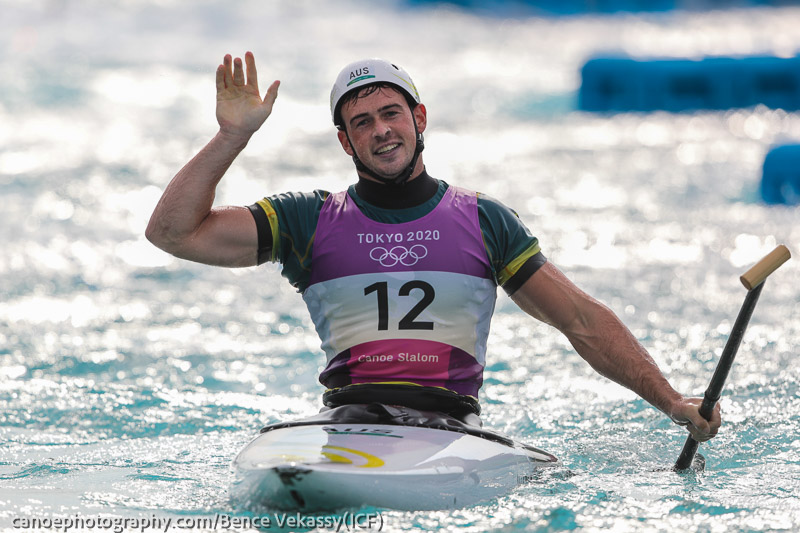 Australia was behind canoe slalom paddler Dan Watkins today, who made his first Olympic final after qualifying second fastest in the semi-finals of the men’s canoe at Kasai Canoe Slalom Centre.

Watkins recorded an impressive time of 101.28 in a clean run in the semis that saw him finish only +0.63 seconds behind the fastest paddler, Frenchman Martin Thomas.

Just over an hour later and taking a lot of confidence from the semi into the final, Watkins came out of the start flying, before unfortunately getting into some trouble at gate 16, when he got stuck in the eddy. This ultimately cost him some precious time in an otherwise strong and fast run.

While it was not an Olympic medal, Watkins was pleased with his performance and able to take away some learnings from his first Olympic Games.