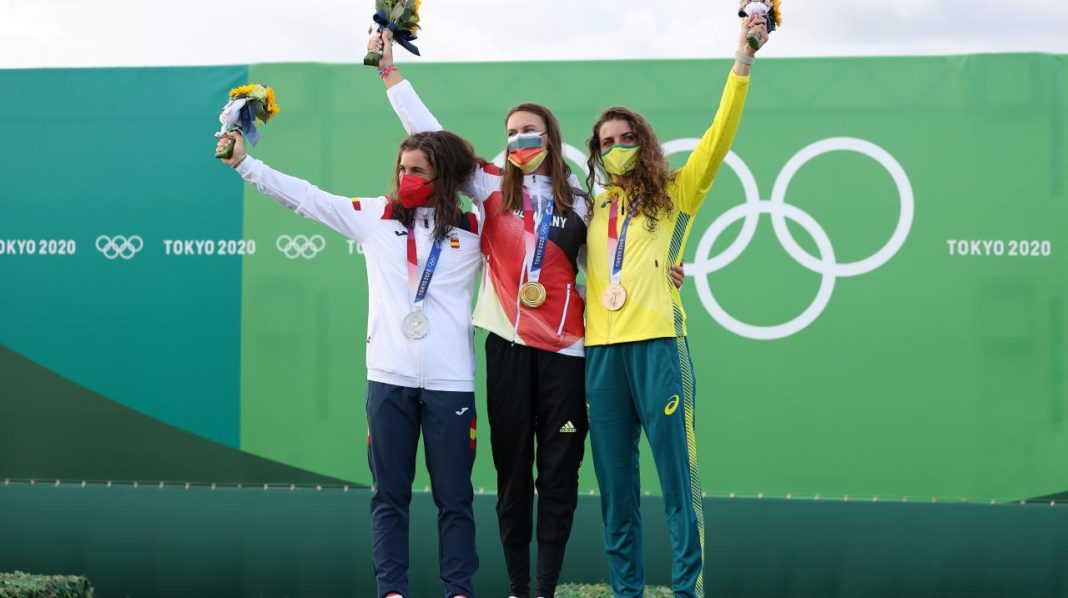 Three-time Olympian Jessica Fox has become a triple Olympic medallist, taking out the bronze medal in the women’s kayak at the Tokyo 2020 canoe slalom.

It is Fox’s second Olympic K1 bronze after a third place in Rio and silver in London.

In the final, the 27-year-old world number one was the last woman to head down the rapids at Kasai Canoe Slalom Centre, with the fastest ahead of her Ricarda Funk from Germany.

Fox looked strong off the start, but came unstuck on gate four, recording a touch and incurring a two second penalty.

She navigated the middle of the course well, before unfortunately another touch on gate 22, saw her cross the line in a time of 106.73 including four seconds in penalties.  Without the penalty, Fox would have won by 0.77 seconds.