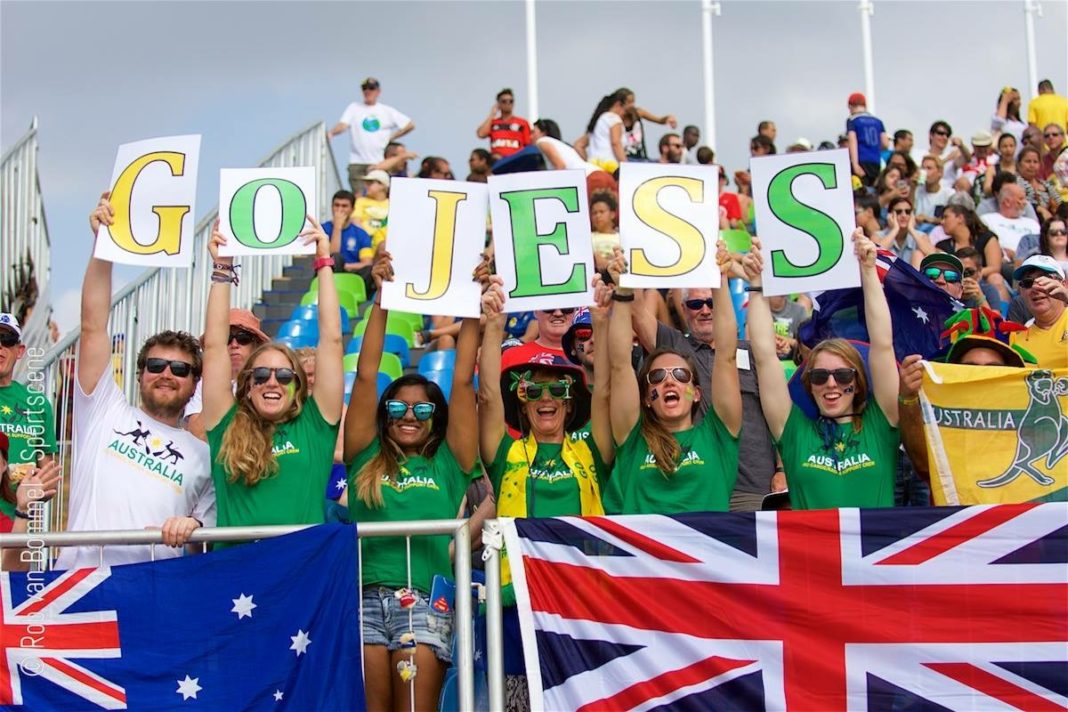 Live ticket sales for the Tokyo 2020 Olympic Games will start this Wednesday morning, 10 July from 9.00am AEST.

CoSport users whose ballots were successfully drawn were among the first Australians to buy Tokyo 2020 tickets.

In Australia, the most-requested Olympic events have been Athletics, Swimming, Basketball and Artistic Gymnastics, followed by the Opening Ceremony, which will take place on 24 July 2020 in Tokyo’s New National Stadium.

Two new Olympic sports debuting in Tokyo – Skateboarding and Sports Climbing – were also among the 20 most-requested of the Games’ 52 disciplines, as was Baseball which is being re-introduced after a 12-year absence.

Australia-based fans will have their next opportunity to purchase tickets on 10 July at 9:00am AEST, when CoSport will sell tickets on a first-come-, first-served basis, along with ticket-hotel combinations also offered in several configurations with accommodation, meals and expert guidance. Buyers should be sure to register a CoSport.com user account to access the sale by 10 July.

Japan’s strong demand for host country tickets will result in the vast majority of high-demand tickets being sold to Japanese residents, with Australia sharing in remainders split among more than 100 territories. “Although Australia represents a very large market for Tokyo, the Olympic Games has the unique ability to level playing fields and spectator seats alike, with Australia just one player sharing in limited global ticket allocations,” said Robert F. Long, President of CoSport.

“CoSport continues to work hard to meet Australian public demand, maximise allocation and provide fair access throughout the ticketing process. As such, fans who did not obtain tickets during the Request Process shouldn’t lose hope, but take advantage of the Live Sales opportunity launching on 10 July,“  Mr Long concluded.

“The Tokyo Games will open in just over a year, and these Games will be one of the best ever. With our ticketing partner CoSport we are pleased to be able to offer the friends and family of Australian athletes the opportunity to purchase tickets,” said Australian Olympic Committee CEO Matt Carroll.

“The unprecedented demand for tickets is a challenge for Australians looking to travel to Tokyo so we encourage fans to get in now for tickets and look for accommodation options.

“Together with CoSport, we are excited to extend the invitation to Australian fans for a once-in-a-lifetime experience in Tokyo. The demand for tickets is unprecedented, but our athletes will be grateful for all the support they can receive on the ground in Tokyo,” Mr Carroll concluded.

The Olympic Experience Experts, CoSport has spent decades bringing fans to the Games and has been preparing since 2015 in Tokyo, the world’s largest metropolitan area which expects another 1 million visitors for the 2020 Olympic Games.

The Australian Olympic Committee (AOC) is not-for-profit organisation, independent of government and committed to the development of youth and sport. It is our responsibility to select, send and fund Australian teams to the Olympic Games.