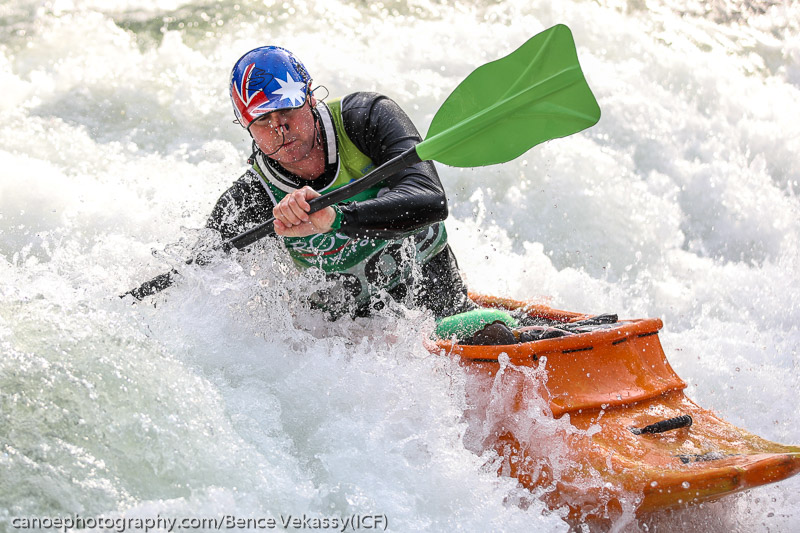 Jezz said he was thrilled to have made the final against world-class opposition, but was disappointed he couldn’t put his best tricks together in the medal decider, finishing with a best score of 50.

“I was stoked to be part of the finals today, for sure,” Jezz said.

“But it was not meant to be today. I probably needed to get a score over 100 to get into medal contention, but it wasn’t quite there.

Jezz and partner and fellow paddler Claire O’Hara (GB) recently became parents for the first time, and he admitted that had an impact on his world championship preparations.

“She’s such a gorgeous little girl, but she takes up quite a bit of time, and rightly so,” he said.

“I’m so thankful for Claire, she’s really had to step back from her training. She’s the most successful female paddler of all time, it’s really hard for someone who has given so much to the sport.”

In other results on Wednesday, Australia had three athletes in the qualifying round of the men’s kayak surface, but unfortunately no-one was able to progress to the quarter finals.

Thursday will see the preliminary round of the women’s kayak surface, with Sue Robb Australia’s sole representative.

The World Championships can be followed live via https://www.canoeicf.com