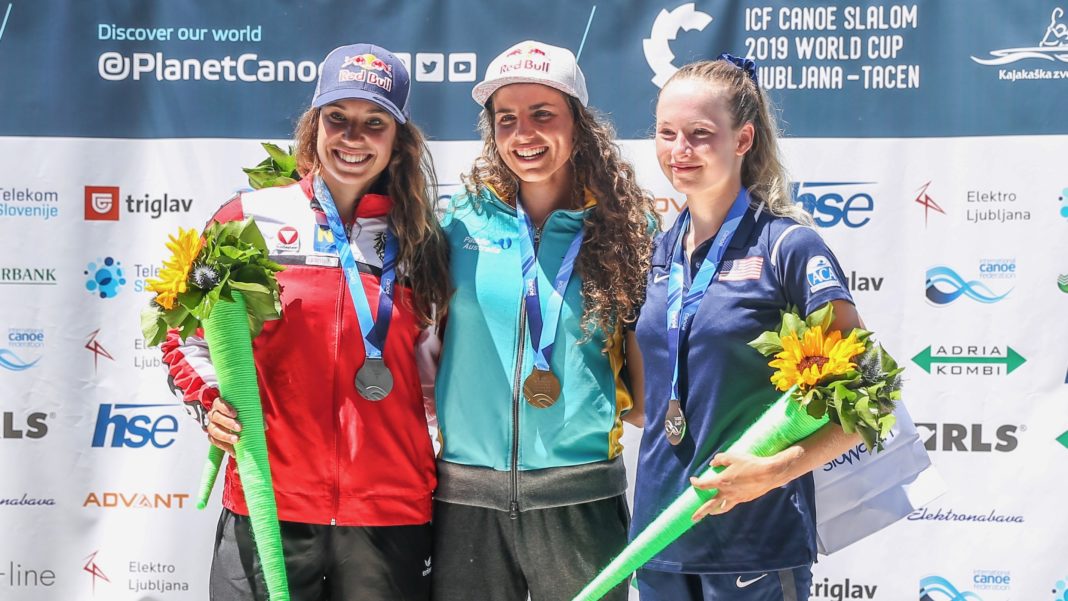 Jessica Fox picked up her first gold medal for the 2019 season and Ros Lawrence made a welcome return to the finals on the last day of competition at the third ICF canoe slalom world cup in Tacen, Ljubljana, on Sunday.

Once again there was frustration for the Australian men, with both Lucien Delfour and Daniel Watkins picking up 50-second penalties for missing gates, ruling them out of the K1 final.

But there was to be no denying Fox, despite two gate touches, which made the final margin in the women’s C1 much tighter.

After dominating the 2018 season, Australian multiple-world champion Jessica Fox has struggled to find her groove this year. But on Sunday, she made a return to the top of the podium, posting 103.06, including four seconds of penalties, to win the C1 gold. 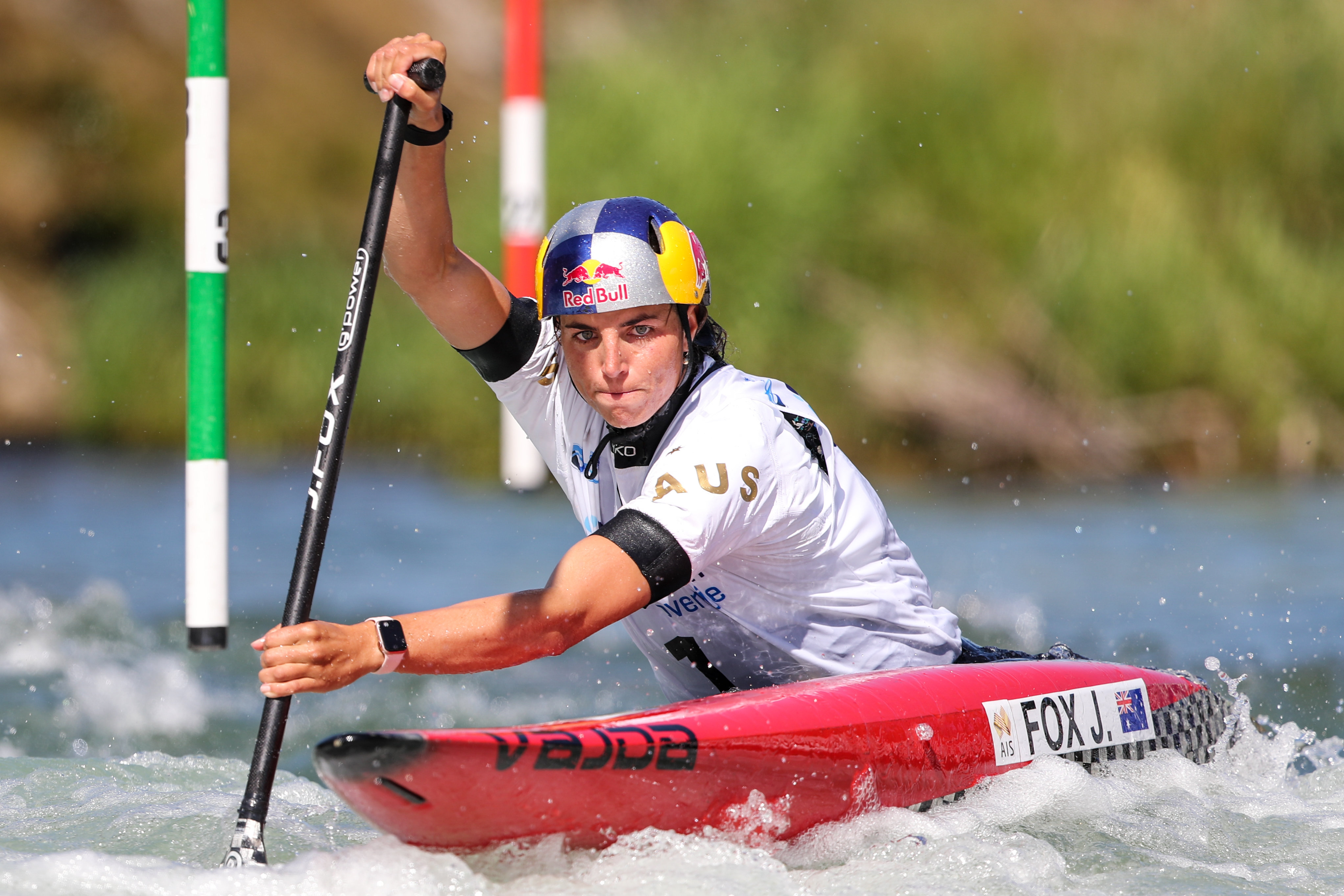 24 hours earlier Fox had been left devastated after picking up a 50 second penalty which kept her out of the K1 final.

“It’s been a hard start to the year, and yesterday I was really upset and disappointed with my race in not making the final, so I really wanted to bounce back today and show what I could do,” Fox said.

“There were a couple of mistakes in that run, but overall I’m super happy and super proud.

“I train to do my best, and strive for excellence in every run, and when it doesn’t happen it’s disappointing. So you do put pressure on yourself, but you have to learn. Everyone is vulnerable.”

The win wraps up the first half of the 2019 world cup series with the world’s greatest female slalom paddler adding C1 gold to her two bronze medals in both the women’s K1 and C1 at the first world cup in London, Great Britain mid-June (14-16 June 2019). At the second world cup in Bratislava, Slovakia last weekend, Fox finished sixth in the K1 and missed the C1 final.

Ros Lawrence continued her love affair with the Tacen course by qualifying for the final, but unfortunately missed two gates in the medal race to finish tenth.

“The first drop at Tacen is pretty big, and I came a bit unstuck and missed a couple of gates,” Lawrence said.

“I was happy to be in the final though. This weekend was a bit more promising than the last two weekends, I’m building each week.

“I’m looking forward to a couple of months training leading into the world cup final in Prague and the world championships in La Seu.

“I’m moving forward bit by bit, but there’s still a lot of work to do, I’m just chipping away at it.” 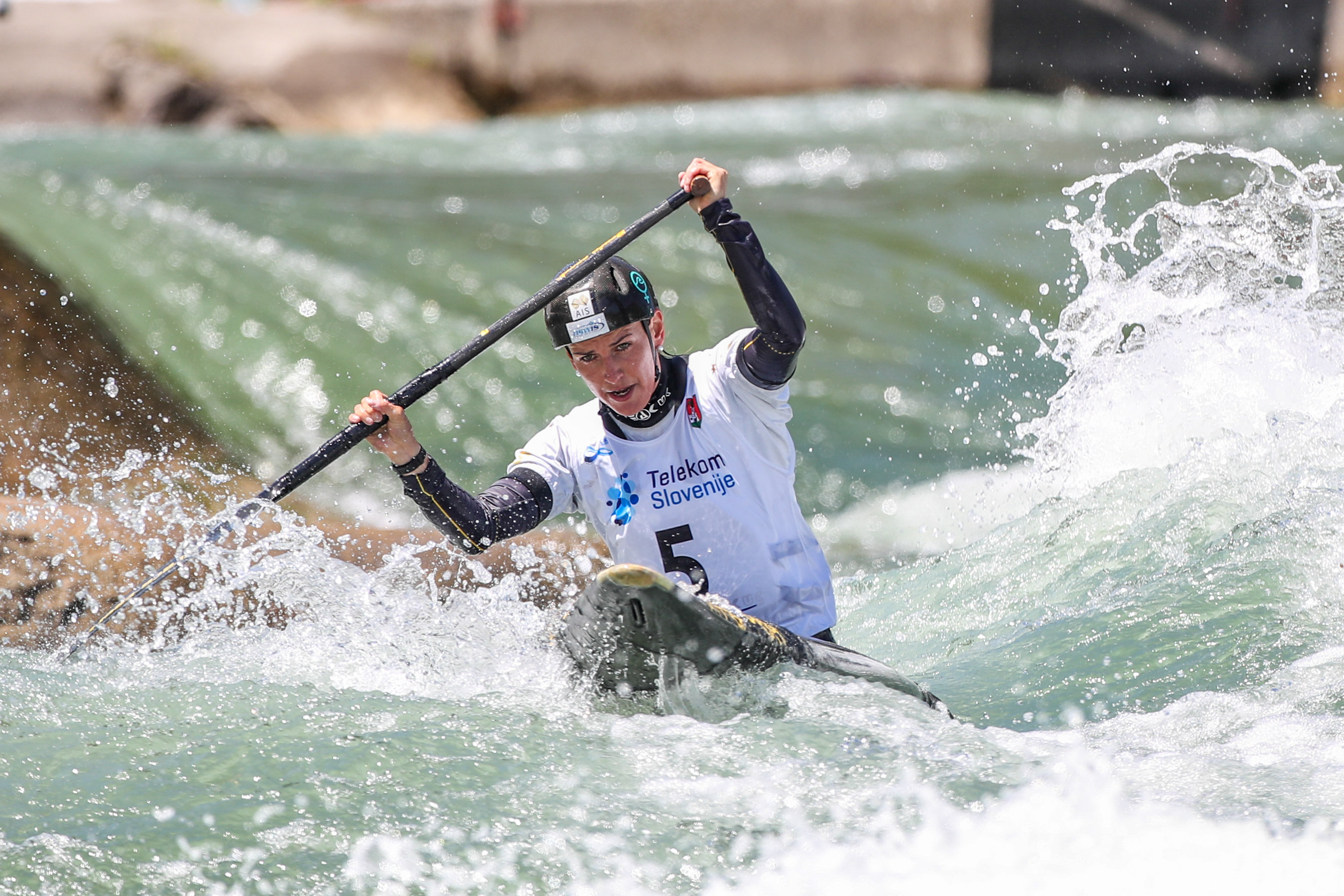 Watkins and Delfour both once again showed how quick they are in the men’s K1, but both missed a gate in their quest for speed. The 50-second penalties kept both paddlers out of the final – Delfour’s raw time was the quickest on the course, while Watkins also set a top ten time without the penalty.

Watkins said
“It was a little bit of a disappointing day, I had a pretty decent run in the K1, good enough to make the final, and then picked up the late 50 second penalty,” he said.

“I knew when I went through the gate that it was close. But I’m really happy with most of what I’m doing. 95 per cent of the time I’m paddling exactly how I want to be.

“I’ve just to clean up a couple of little things, but it’s not big changes I don’t think.”
Watkins finished 33rdand Delfour 34th. 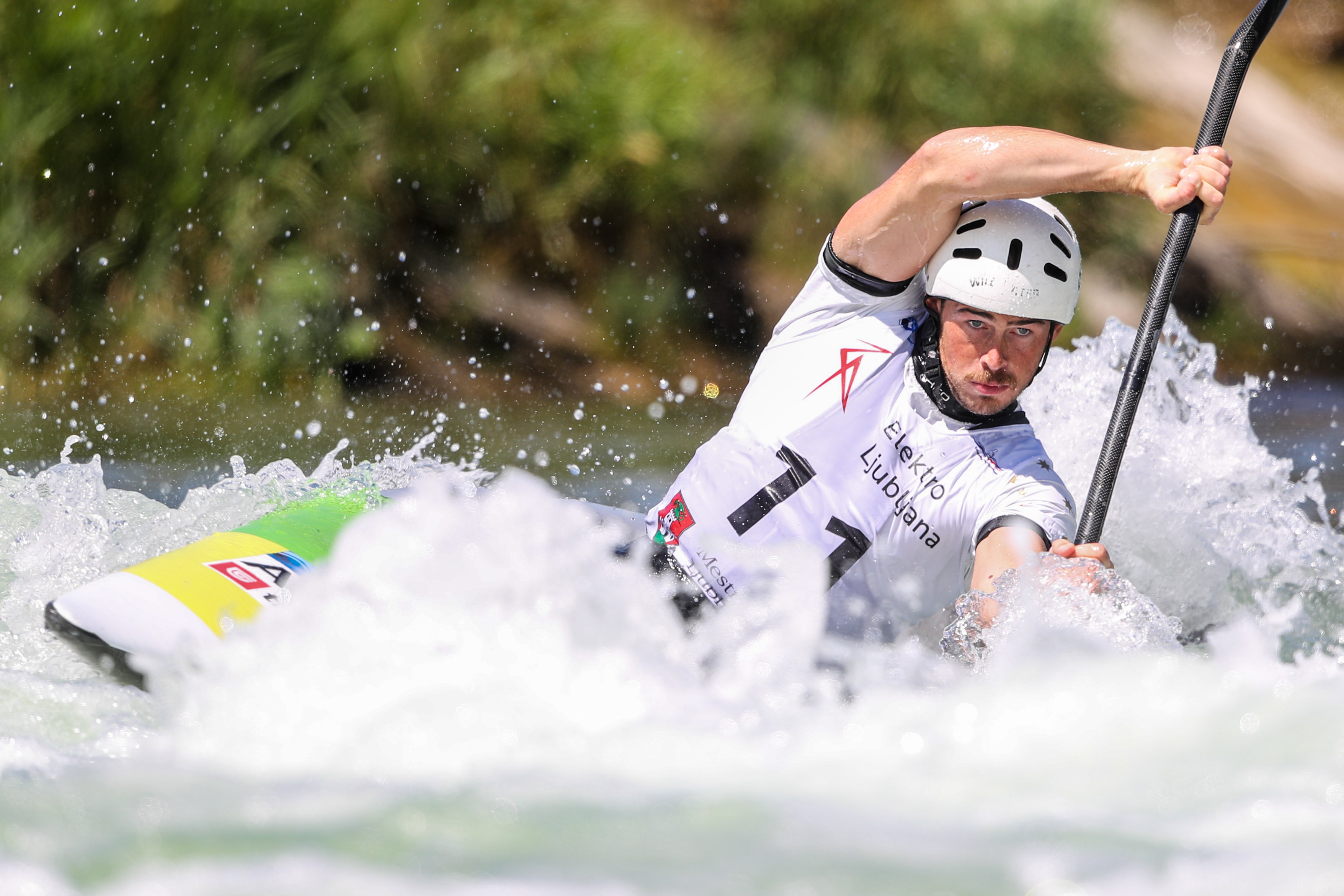 Noemie Fox also ran into trouble in the semi-final of the women’s C1, her first weekend on the tricky Tacen course. Fox missed four gates to pick up 200 seconds in penalties.

Ljubljana was the third of the four 2019 World Cups, followed by a World Cup final. The circuit will take a two-months break after this weekend with the series continuing at the end of August in Markkleeberg, Germany, 30 August-1 September. The 2019 canoe slalom season will culminate in the ICF Canoe Slalom World Championships in La Seu d’Urgell in Spain at the end of September, which will also decide Tokyo 2020 Olympic quota spots.

All results can be viewed HERE.