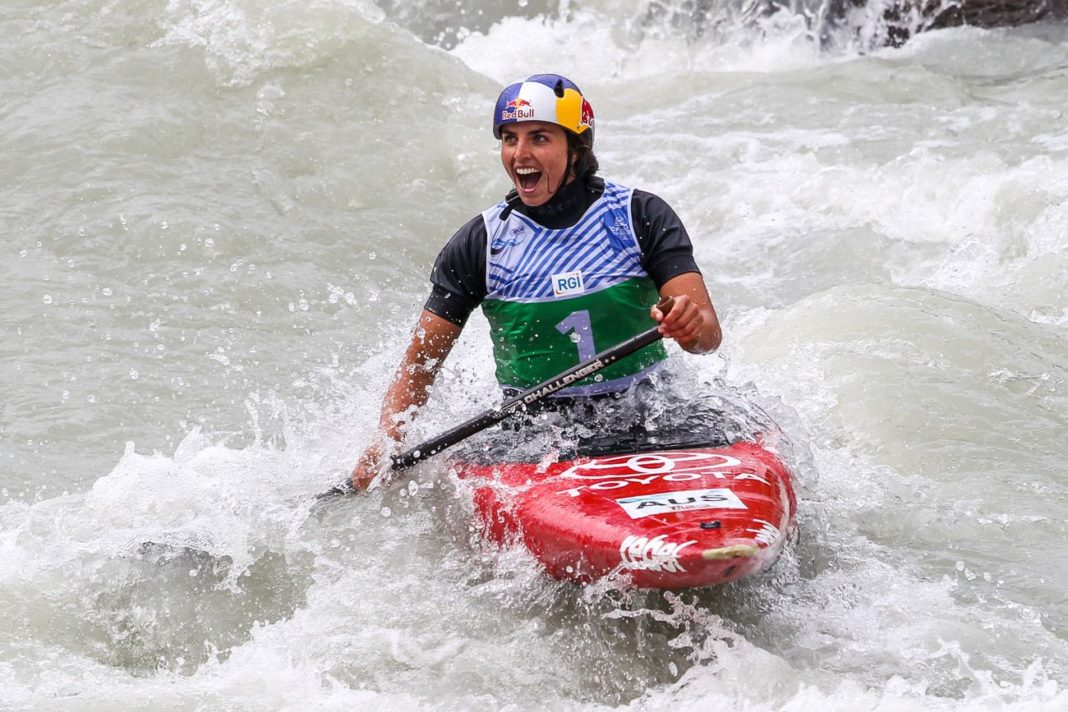 Jessica Fox’s dominance of the women’s C1 canoe slalom competition has been underlined by a ten second winning margin in her third World Cup victory of the 2017 season.

Fox was in her best form as she raced down the tricky Ivrea course in 100.83, 10.74 seconds ahead of Austria’s Viktoria Wolffhardt.

Fox has not been beaten in the C1 in World Cups since a missed gate penalty kept her off the podium in the season opener in Prague.

A 50-second penalty also relegated her to tenth at the World U23 Championships in Bratislava.

But her main focus is on winning a fourth consecutive C1 World Championship title in France later this month.

“I’m happy with my form, but it comes down to the one race in September/October in Pau,” she said.

“I’ve done a lot of races, I’ve been away for five months and now we’re getting to the tricky end of the season.

“It’s what we are training for, it’s what is going to count. In 22 days we have the World Championships, and every race I race is going towards that.

“I try and learn a little bit from that.”

Fox was below her best in Saturday’s C1 semi-final, only managing to qualify fifth fastest after picking up three penalties.

But she had no trouble putting that run behind her in the final.

“I gave it everything,” Fox said.

“I’m really thrilled with that run. I love this course, I have great memories in Ivrea, and to win again here is fantastic.

“You can never be comfortable. I found that in my semi I felt very uncomfortable at the top section, I had three penalties there.”

In other Australian results, Noemie Fox finished 17th in the semi-final of the women’s C1 and missed the final, and 2016 Olympian Lucien Delfour was 13th in the men’s K1, also missing the final.

Australia will have five paddlers in action on the final day of the Ivrea World Cup, with Jessica Fox, Ros Lawrence and Kate Eckhardt contesting the K1 semi-finals, and Ian Borrows and Daniel Watkins competing in the C1 semi-finals.