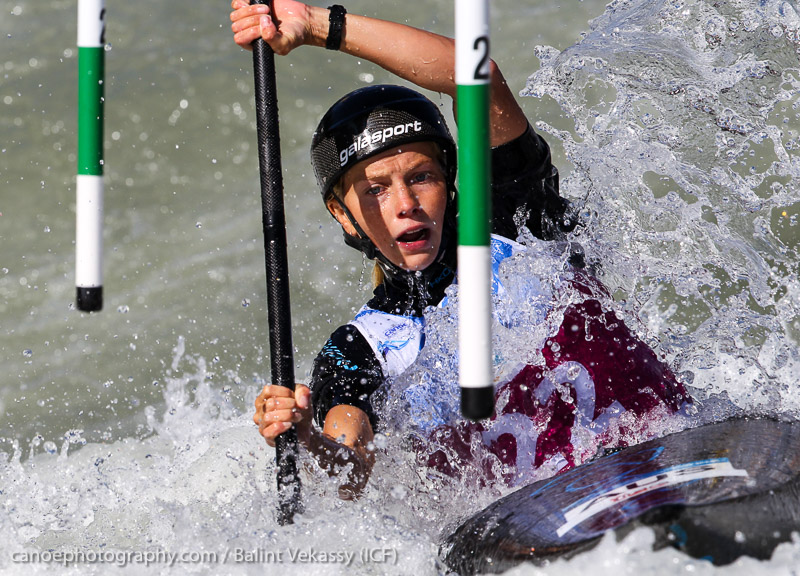 Jessica Fox has won a silver medal to add to the gold she won 24 hours earlier in another successful ICF World Cup weekend for the two-time Olympic medallist.

And teammate Kate Eckhardt has enjoyed the best result of her short career, making the final of the women’s K1, finishing seventh.

Only German Ricarda Funk, a winner now at three consecutive K1 World Cups in 2017, could outdo Fox on the difficult Ivrea course.

Both Fox and Funk picked up two-second penalties for gate touches, with the German finishing in 97.80 and Fox in 98.94.

19-year-old Eckhardt came to Ivrea not having made a semi-final all year, and when she was struck down with illness just days before competition started she thought her chances of breaking through this weekend were blown.

But the teenager put together her best runs of the year.

“This year I haven’t been in any semi-finals, even at the U23 Worlds, so to make a final today was totally beyond my belief really,” Eckhardt said.

“I think I find that when it’s on bigger, trickier whitewater it works out for me.

“I was feeling really good on the water the last couple of days, but through the week I had a few days of being in bed apart from training because I was feeling a bit sick. So to come back from that and have my best performance ever, I’m really happy.”

In other results, Ian Borrows and Daniel Watkins both ran into penalty trouble in the men’s C1 and missed the final, while Ros Lawrence also had a difficult gate which denied her a chance at the K1 final.