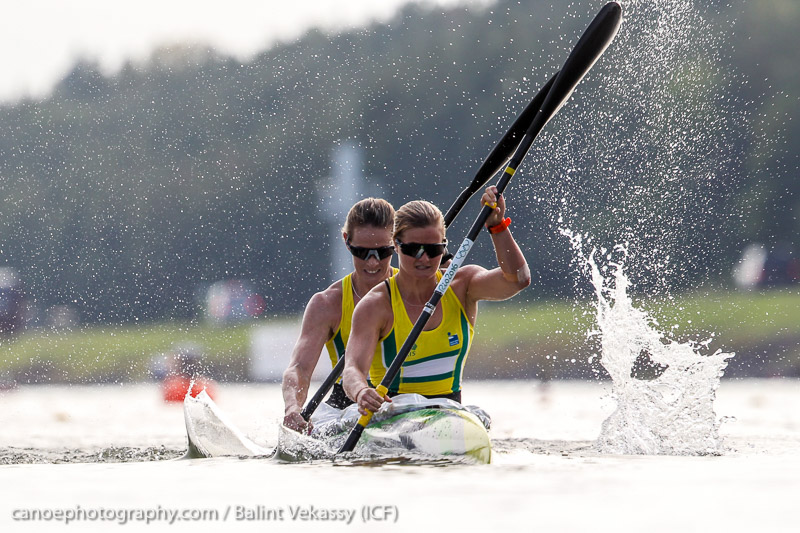 Australia will have seven boats competing for gold medals on Saturday at the ICF Canoe Sprint and Paracanoe World Championships in Racice, for most of them the biggest race of their career so far.

Olympians Alyssa Bull and Alyce Burnett in the K2 500, and Jo Brigden-Jones in the K1 500, have experienced competition at the highest level before, but newcomers like Simon McTavish and Jayden Ellis in the K2 500 are getting their first shot at World Championship glory.

Paralympic gold medallist Curtis McGrath will get a chance to add a second Racice gold medal to his collection in the VL2, while Rio teammates Jocelyn Neumueller and Dylan Littlehales will also be competing for gold in the KL1 and KL3 respectively.

Cat McArthur and Jaime Roberts will be in the final of the women’s K2 1000.

There will be more chances for medals on Sunday, after several strong performances from Australians on Friday.

Alyce Burnett started strongly and withstood a challenge from Hungary’s Dora Bodonyi to win her heat of the K1 1000, while the K4 1000 crew of Riley Fitzsimmons, Ken Wallace, Murray Stewart and Jordan Wood finished second in their heat and qualified straight into the final.

Several other athletes will have semi-finals on Saturday afternoon ahead of their finals on Sunday.