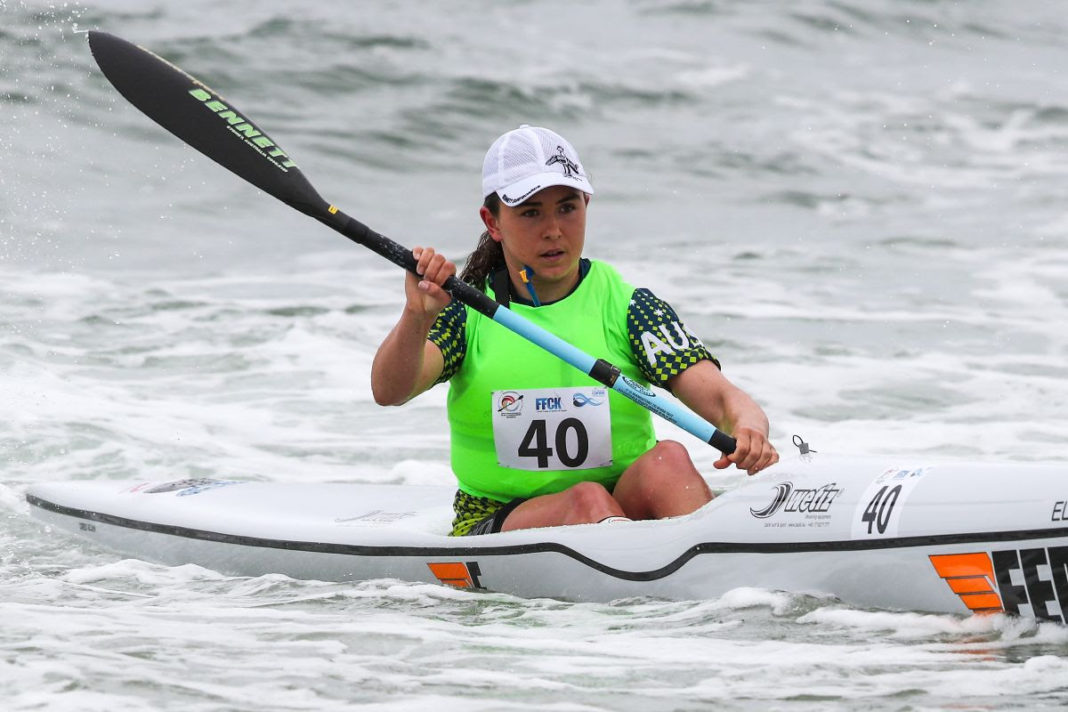 The women’s race quickly developed into a contest between Australia’s Smith, the U23 world champion from 2019, and New Zealand’s 2019 senior world champion, Danielle McKenzie.

Smith took control in the second half of the race to secure Australia’s first medal in the senior world championship women’s competition.

“I’m really stoked with that, I came into this race not really knowing how I would go because we haven’t raced internationally for a long time,” Smith said.

“Seeing the world championships being run last year, and Australia and New Zealand not being able to contest was really tough and I was itching to get back this year and put a good race together.

“I think we were all probably hoping for a bit more wind, the first half of the course definitely had a bit more assistance than the last half. It got really tough towards the end. I just tried to keep my head down and go as hard as I could to the finish line.”

It was a strong day on the water for Australia, with Junior athlete Jasmine Rayward winning the third medal, bronze in the Junior Women’s category.