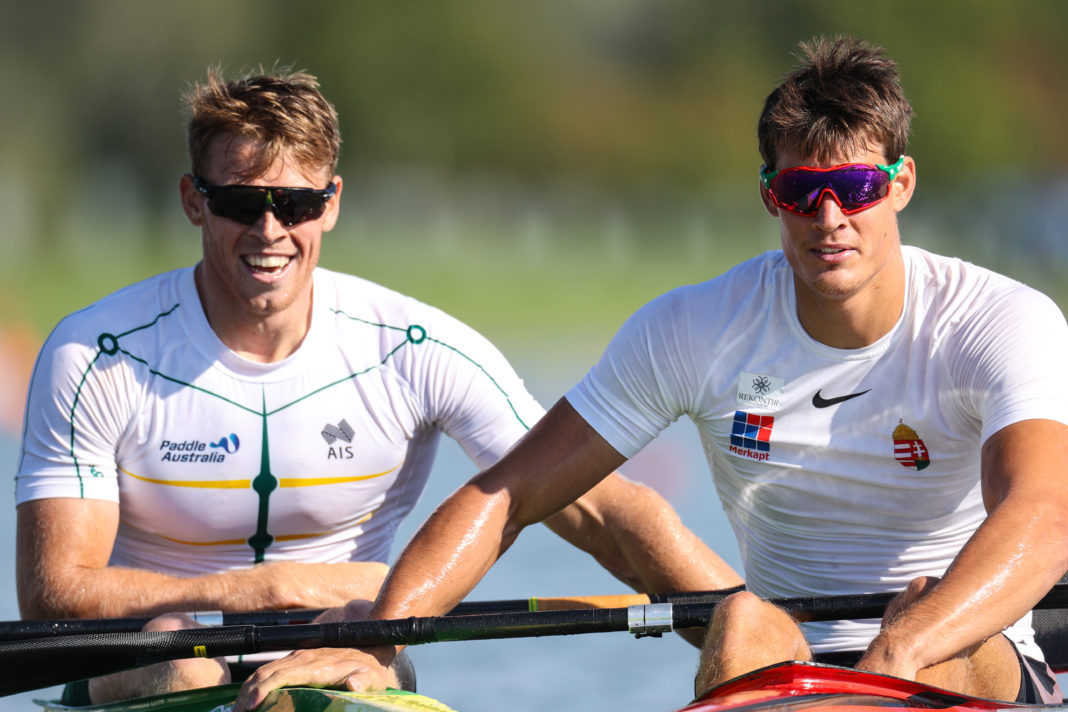 Australia has delivered a strong performance at the ICF Junior & U23 Canoe Sprint World Championships in Hungary, securing five medals.

Green came into the event having recently wrapped up his campaign at the Senior World Championships.  With just under two years to go to the Paris 2024 Olympic Games, he is pleased to have delivered such strong performances.

“It’s been tough racing this whole week, a lot of these crews and a lot of the guys I’m competing against are like me, and in their senior teams as well.

“Going toe to toe with Adam Varga, silver medalist at the Olympics, it’s a good benchmarking (exercise) for me and I’m looking forward to heading home now and trying to refine the things that I need to” said Green.

The battle between Green and Hungarian Adam Varga was some of the most anticipated racing of the regatta.  In the final of the men’s U23 K1 500, it went down to the wire with Varga winning gold by just 0.11 seconds.

“I couldn’t really feel my arms in the last few metres… of course I would have liked to get the gold but it was a really good race and we both pushed it to the line and that’s what you want.  I’m happy with the result,” he said.

Earlier in the meet, Green also teamed up in the K4 crew that won the bronze medal.

“The K4 was really great, we built race to race, tried to dot our I’’s and cross our t’s and it was a really good race.  It’s a strong platform for us now… it will be good to come home now with that result and all keep building,” he said.

Rising star Natalia Drobot was impressive in picking up two bronze medals, in the K1 200 as well as in the Mixed K2 500 with team mate Harrison Taurins.

“This feels pretty amazing, I feel like everything has led up to this moment,” Drobot said.

“I’m just so stoked to be wearing the green and gold, and representing Australia really well.

“I’d like to thank my parents and all my support crew back home in Australia, but I’d also like to thank Floody (Coach Naomi Flood), Jake (Coach Jake Michael), Kenny (Team Leader Ken Wallace) and Rene (Coach Rene Olsen).

“The amount of work and effort we’ve put in together is unbelievable so I’m feeling very grateful,” she said.

It was an impressive regatta for the entire Australia contingent, with boats in 21 A Finals and personal best performances right across the board.

“On behalf of Paddle Australia I’d like to congratulate our athletes on their performances at the 2022 ICF Junior and U23 Canoe Sprint World Championships,” Crane said.

“Their performances are truly incredible, when you consider for the majority of these athletes in the team, it’s their first taste of international competition at this level.

“It’s not only about the medals – I’m so thrilled our group has had a positive international experience where they’ve tested themselves against the world’s best, collected great memories of being with the team and gained deeper insights on where the next step in their progression will come from, as it just stokes the fire for more opportunities like this.”

“I’d also like to thank the team behind the team who support our athletes to become the world’s best paddlers and people.

“I’m sure the athletes will join me in saying that their performances are a testament to the many hours and investment that their families, Australian Institute of Sport, State Institutes and Academies, Coaches and Support Staff put into both their development and wellbeing.”

“So, a massive thank you to the whole team – you all represented Australia with great passion and respect, and we are all so immensely proud,” she said.