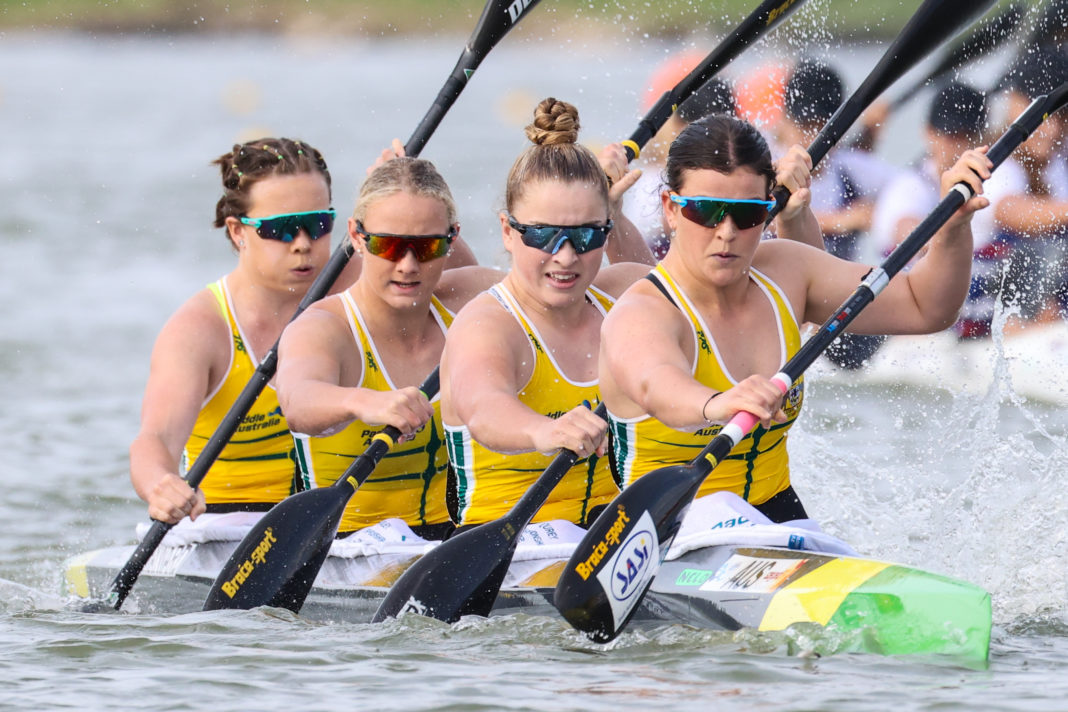 For many of the young athletes competing at this week’s ICF Junior and U23 Canoe Sprint World Championships in Szeged, this is the biggest and most challenging sporting event of the year.

For 15-year-old Australian Jasmine Rayward this is just one of four world championships. All in different sports. All in the space of about five weeks.

It’s a schedule that would make most athlete’s eyes water. But for Rayward, who also has to combine remote schooling with her hectic sport schedule, it comes across as business as usual. And she’ll also squeeze her 16th birthday in there somewhere.

She lists off her diary for the next month.

As if to reassure us, she tells us she is only doing the junior K4 500 in Szeged. Plenty of time to make sure she is doing all her schoolwork. Which she is doing, of course…

“Officially, yes. I do what I need to do, but my school marks are pretty okay anyway,” she said.

Rayward hails from Australia’s Gold Coast, a haven for water sport enthusiasts where the weather is rarely cold and the water is plentiful. Being Australian, she learned to swim almost before she could walk, and has not stopped ever since. The rest seemed to fall naturally into place.

“I’ve been swimming for basically my whole life, I started surf club when I was five or six, and then I got into kayaking when I was 13. I like it a lot,” she said.

“I feel like they all interlink, I feel like my swimming is pretty good for everything anyway, and that’s all my endurance, so then I just need to work on my technique and that’s fine.

“I enjoy being in the K4, it’s much less stress than doing K1. I just sit in seat four so I follow what everyone else does. I don’t have to make any decisions, so that’s good.”

And just to make sure everything runs smoothly, Dad is also on the five-week sporting odyssey.

“My parents definitely wanted me to do all this, so I’m pretty lucky I’ve got them supporting me, financially and emotionally, and just being there with me,” Rayward said.