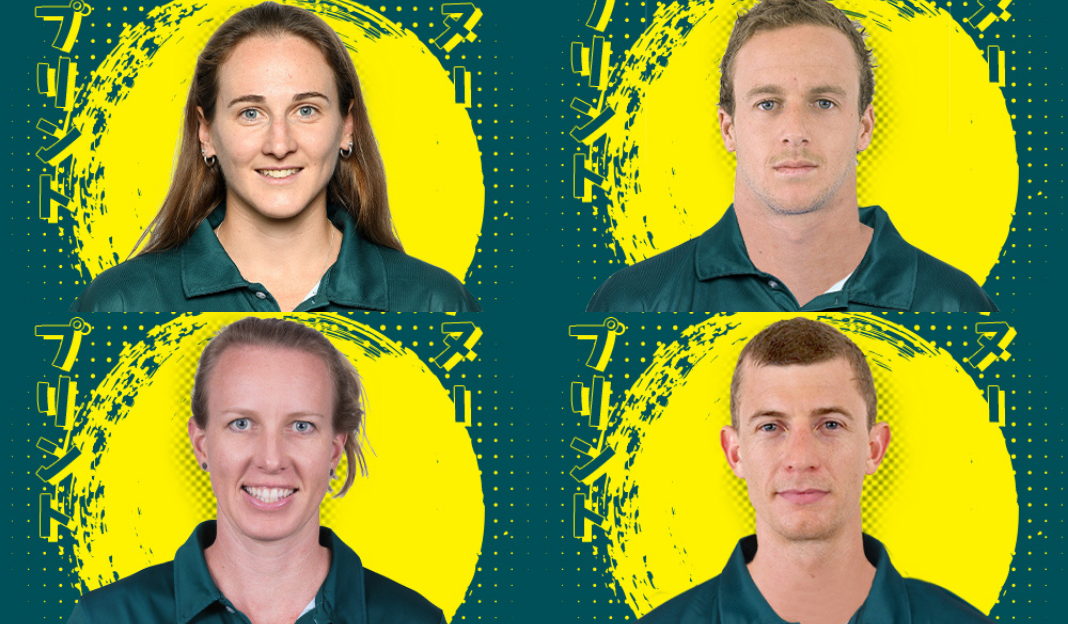 Paddle Australia would like to acknowledge the following Olympians who have announced their retirement from the sport.

Their fellow Canoe Sprint Olympians reflect on their favourite memories of their teammates and wish them well on their future endeavours.

A Triple Olympian from the London, Rio and Tokyo Games, Murray will finish the sport as an Olympic Gold Medalist from 2012.

Lining up for three events at the London 2012 Games, undoubtedly Stewart’s highlight of his debut Olympic campaign was taking out gold in the K4 1000 alongside teammates Jacob Clear, David Smith and Tate Smith. In what was a closely fought tussle, the Australians held a 0.09 second lead at the halfway mark of the race before going on to claim victory by 0.61 seconds ahead of Hungary at the Eton Dorney course.

Four years later at Rio 2016, Stewart lined up at his second Olympics. Despite an injury-plagued preparation, he was in the mix for a medal in the K1 1000, finishing just outside the podium in fourth place.

The Tokyo Olympics saw Murray back in the K4 alongside Lachlan Tame, Riley Fitzsimmons and Jordan Wood where they finished sixth in the A-final.

While Stewart won’t be part of the next Olympic Games as an athlete, he will join the Paddle Australia Coaching ranks as the Sprint Kayak Scholarship Coach, ushering through the next generation of athletes as the sport continues to build towards the Brisbane 2032 Olympic Games.

Dual Olympian Lachlan Tame competed at the Rio and Tokyo Olympics after getting his start in paddling through his Avoca Surf LIfe Saving Club.

In 2014 he partnered with Beijing 2008 gold medallist Ken Wallace to win World Championships silver in the K2 1000 metres.

A year later the duo won gold in the K2 500m (non-Olympic) and silver in the K2 1000 at the World Championships, which took their 2015 World Series medal tally to seven.

At the Rio Olympics Tame and Wallace powered out of the start in the K2 1000 to sit behind leaders Germany at the halfway mark of the race. With Germany continuing to extend their lead, it was a battle for silver and bronze, with the Serbians holding off Australia, and Wallace and Tame snapping up bronze ahead of Portugal.

Following a break and surgery post-Rio, Tame returned for his second Olympic campaign with the K4 500 finishing in fourth place and earning a quota spot at the 2019 World Championships.

At the Tokyo Olympics, Tame teamed up with Murray Stewart, Riley Fitzsimmons and Jordan Wood to finish sixth in the K4 500 A-final.

Dual Olympian Jo Brigden-Jones competed at both the London 2012 and Tokyo 2020 Olympic Games.

Brigden-Jones began taking a serious interest in sport when the Northern Beaches Kayak Club selected the 13-year-old for their talent identification program. She began paddling four times a week and would challenge herself to get better each day.

Brigden-Jones made steady progress with the paddle, but it took two years of serious training and persistence before she found her rhythm. During this time, she represented Australia at the Junior World Championships and Australian Youth Olympic Festival where she won five medals.

At London, Brigden-Jones joined forces with Hannah Davis, Lyndsie Fogarty and Rachel Lovell in the K4 500. The crew finished sixth in their heat and semi-final.

Like many of her competitors, Brigden-Jones complements flat water training with surf lifesaving. At the 2013 Australian Surf Life Saving Championships she experienced another injury set-back when she dislocated her shoulder for a second time.

Brigden-Jones missed selection to the Olympic Games in Rio and took a break from the sport in 2016. During this time she fulfilled a lifelong dream of becoming a paramedic with NSW Ambulance.

Drawn back to paddling in 2017, she could not ignore the desire to represent Australia at another Olympics and she resumed racing with the goal to compete at Tokyo 2020.

In Tokyo, she teamed up with Jaime Roberts, Shannon Reynolds and Cat McArthur in the K4500 finishing 7th. She and Roberts also delivered a 5th in the K2 500 B Final.

Making her Olympic debut at the Tokyo Games, Cat McArthur achieved her life’s dream when she competed alongside teammates Jaime Roberts, Jo Brigden-Jones and Shannon Reynolds in the K4500 where they finished 7th.

After moving to Melbourne from Singapore to attend boarding school at age 16, McArthur got her introduction to the sport.  Relocating to Adelaide after school to be part of the South Australian Sports Institute program and attend University in Adelaide, she was able to hone her craft.

Between 2012-2015, McArthur represented Australia at the Under 23 World Championships and nabbed several top 10 results including K1 500 bronze in 2015.

In 2018, McArthur achieved a career highlight when she won K1 1000 bronze at the Duisburg (GER) World Cup.

McArthur secured her ticket to Tokyo by finishing fourth in the K1 500 at the 2020 Australian Canoe Sprint Championships and third in the K2 500.