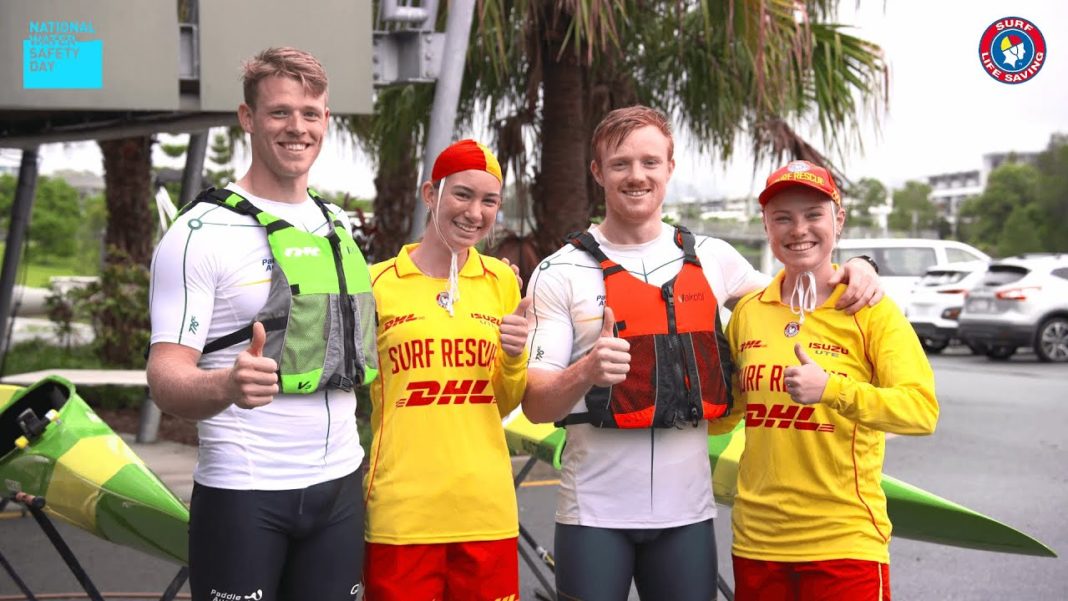 Last Summer (December – February) 49 people lost their lives due to drowning on the coast, with the summer accounting for 36% of all drowning deaths across 2020-21.

Alarmingly men were once again overrepresented in the drowning statistics last year, accounting for 90%, with alcohol and drugs, risk taking behaviour and over-estimating their ability considered key factors.

Olympic Gold medalist and Currumbin Surf Life Saving Club member, Tom Green, said National Water Safety Day said he wants everyone who’s heading out on the water this summer to not joke around and make water safety a priority.

“We are in and around it [water] all the time and we see a lot of young guys come here and start to paddle, and it is always good to make sure they’re safe, and that they’re able to come here every day and not run the risk of getting caught out there or drowning,” said Green.

His team mate van der Westhuyzen echoed those calls, saying surf safety is an important message that should be promoted every year.

“We are surrounded by the ocean and I think it’s important that everyone has the knowledge of how to be safe and the precautions to take when going to the beach…not just this summer but every summer,” he said.

“We welcome the support of the Olympians and Paralympians who are helping get the word out about the importance of water safety and they have the ability to speak to our younger people who tend to be more complacent in and around water,” said Weir.

“Last year people aged 25-34 years accounted for 17% of all drowning deaths, the most of any age group. We also know that men were once again overrepresented in the drowning statistics, accounting for 90% of coastal drowning deaths, with alcohol and drugs, risk taking behaviour and over-estimating their ability considered key factors.

“After spending the greater part of the past two years restricted by COVID-19 we know that Australians will be keen to get to the beach and explore different areas, but we are asking the public to consider their safety around the water this Summer,” he said.