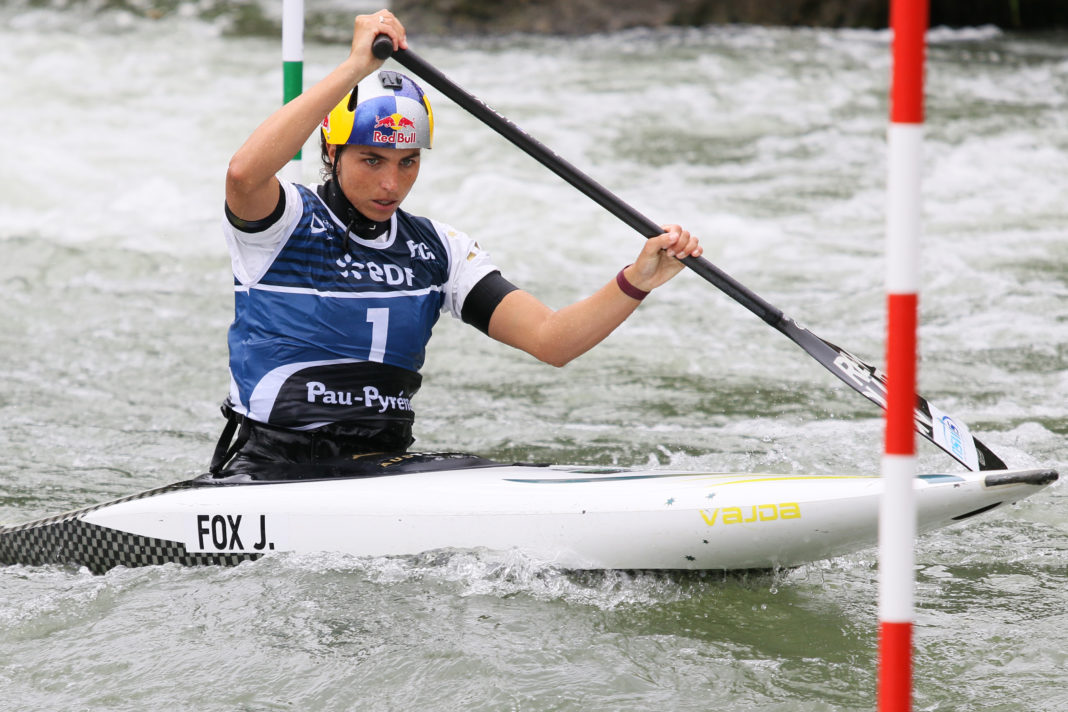 Jess Fox has finished the ICF World Cup season with a silver medal and second place overall in the women’s C1 in Pau, France.
The recently crowned Olympic Champion in the C1 was forced to settle for the silver today behind 23 year old Tereza Fiserova.
Fox was very fast on the course, but four penalty seconds cost her the win in Pau. At the end Fox was 1.45 seconds behind Fiserova in second place, with German Elena Apel third.

Fox yesterday won the World Cup Final in the K1 and overall champions crown as the most consistent performer on the World Cup circuit.
The Australian will now turn her attention to the ICF Canoe Slalom World Championships that will be held from 22-26 September 2021 in Slovakia.