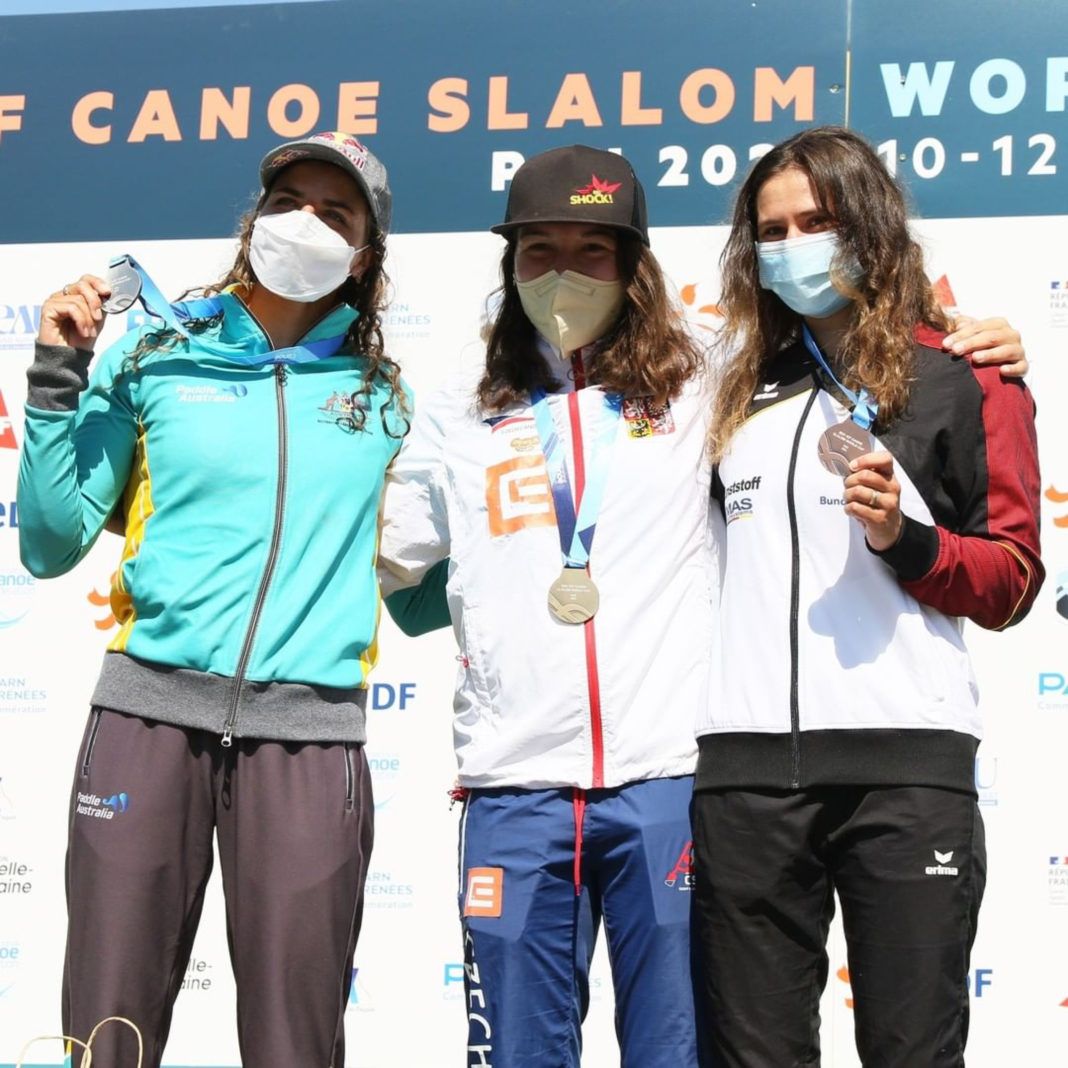 Four Australians flew the flag at the World Cup Final in Pau this weekend, with personal bests broken and medals won.

Tokyo Olympic champion Jessica Fox managed to walk away with a medal in every colour, winning gold in the women’s K1, silver in the C1 and bronze in the women’s extreme slalom final.

With many accolades to her name this season, Fox said the overall crown is always a special win.

“I”m so happy with my racing this season, it’s been an amazing season so far and to win today and win the overall [crown] is just an amazing feeling,” Fox said.

“The overall [crown] is always a marker of consistency in the season.

Delfour recorded some impressive times in the men’s kayak heats, finding himself qualified in fourth position for the semi finals.

However an unfortunate missed gate in the semi finals saw him fall short of qualifying for the final.

But Delfour bounced back in the kayak for the men’s extreme slalom heats, trying his hand at the discipline set to be included at the Paris 2024 Olympic Games.

Delfour made his way through to the quarter finals, not able to qualify for the semis.

Noemie Fox also hit the rapids in all three disciplines on offer over the weekend – women’s kayak, canoe and extreme slalom.

A missed gate in both heats of the women’s kayak, unfortunately saw Noemie not progress through to the semi finals, but was out for redemption in the women’s canoe.

Posting a time of 120.82 seconds, with no incurred penalties and just 4.62 seconds off the fastest heat time, Noemie was primed for another finals berth in the women’s canoe.

Noemie paddled her way through the course, in a time of 125.59 seconds with a +2 penalty, unlucky to progress.

The Australian contingent was rounded out by Kaylen Bassett, who made his World Cup debut in La Seu last weekend.

Bassett’s best time in the heats was 117.48, impressive in his first World Cup season as part of the senior national team.

The Australian team will now turn their attention to the 2021 ICF World Championships in Bratislava, Slovakia from 22-26 September.