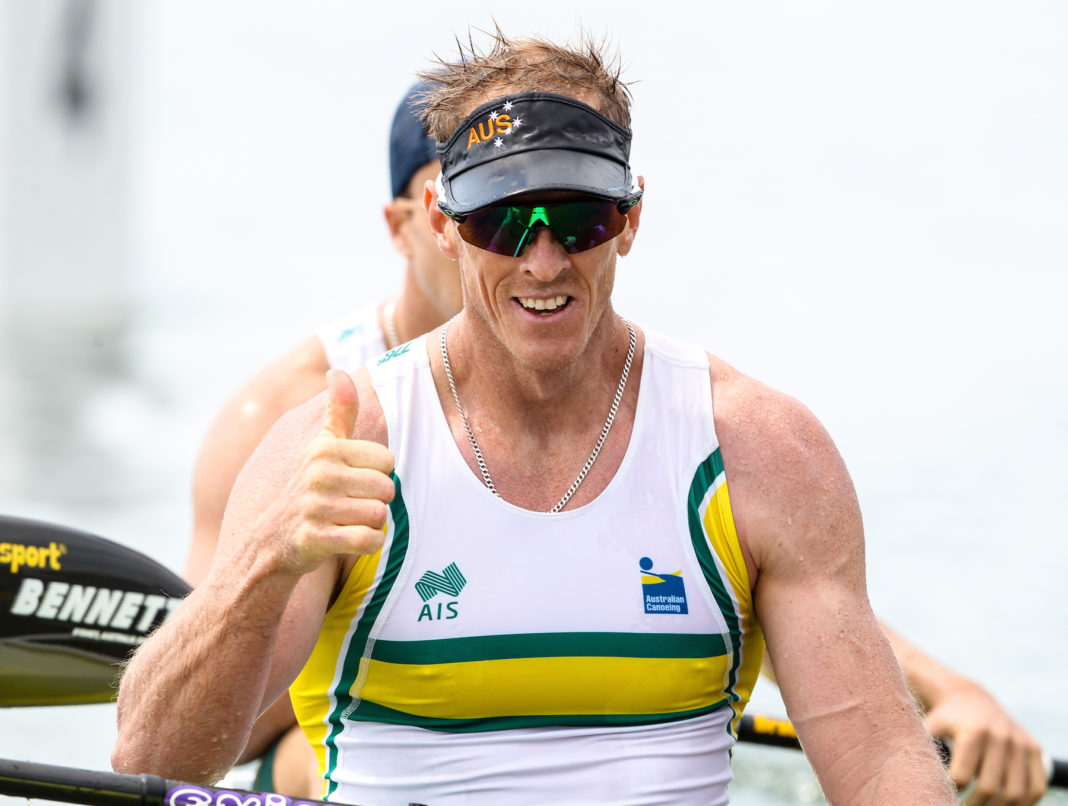 Rio Olympic rowing gold medallist Kim Brennan AM, is stepping down from her role as Deputy Chef de Mission as she will be unable to travel to Tokyo, having recently given birth to her second child.

Most recently Ken was Chef de Mission for the Australian Team which competed in the Pacific Games in Samoa in 2019. He will join fellow Deputy Chefs de Mission Susie O’Neill OAM and two-time Olympic fencer and AOC Executive member Evelyn Halls OLY in the Tokyo leadership team.

Ken Wallace says Tokyo presents a unique challenge in spite of his experience at three Olympic Games as an athlete.

“The athletes are there to do a job and my job will be to assist in any way I can. All of the hours, days, months and years of training will have been done. It all comes down to this final two weeks of competition. My hope is I will be there if needed to help calm the nerves, ease the pressure they put on themselves or support them in producing their personal best.

“It is an understatement that these Olympic Games are going to be very different to previous but what will not change is the athletes’ pursuit of excellence.

“Whilst medals are celebrated; personal bests and knowing that you have left nothing in the tank on competition day will be part of the message that I will convey to the athletes. In these very trying times it is important to not lose sight of the true Olympic ideals and staying focused.

“What an absolute honour it is to be asked to fill the role of Deputy Chef De Mission. Kim Brennan is a good friend, and she would have done an incredible job, so I have big shoes to fill,” Mr Wallace concluded.

Chef de Mission Ian Chesterman AM says it’s disappointing that Kim Brennan can’t bring her Rio experience to the fore in Tokyo but he is grateful Ken Wallace can step into the role.

“Kim has been such a contributor at so many levels since we announced our leadership team two years ago. I know she will not let that stop her helping out back home in Australia, but we are lucky Kenny will bring his own experience to Tokyo.

“For all the obvious reasons, Tokyo will present a unique challenge for our athletes and the management team on the ground to help them achieve their Olympic ambitions. With Kim not available, Kenny was quick to put his hand up. He did an excellent job with the young Team we sent to Samoa for the Pacific Games in 2019.”

Ms Brennan says while it was a difficult decision to step aside, Ken Wallace is a perfect choice.

“I can’t think of a better replacement than my great friend and fellow Athletes’ Commission representative Kenny Wallace and wish him and the team all the very best in Tokyo.

“I remain incredibly passionate about the Olympic values and movement, however I cannot give the commitment required to travel with the team under current conditions, while also being there for my family, particularly our new baby.

“My roles on the Tokyo Olympics High Performance Committee and Australian Olympic Committee Athletes’ Commission will continue and I remain involved in the performance and wellbeing of our athletes through various Australian Institute of Sport programs.”

The appointment of the new Deputy Chef de Mission was confirmed at today’s Meeting of the AOC Executive.