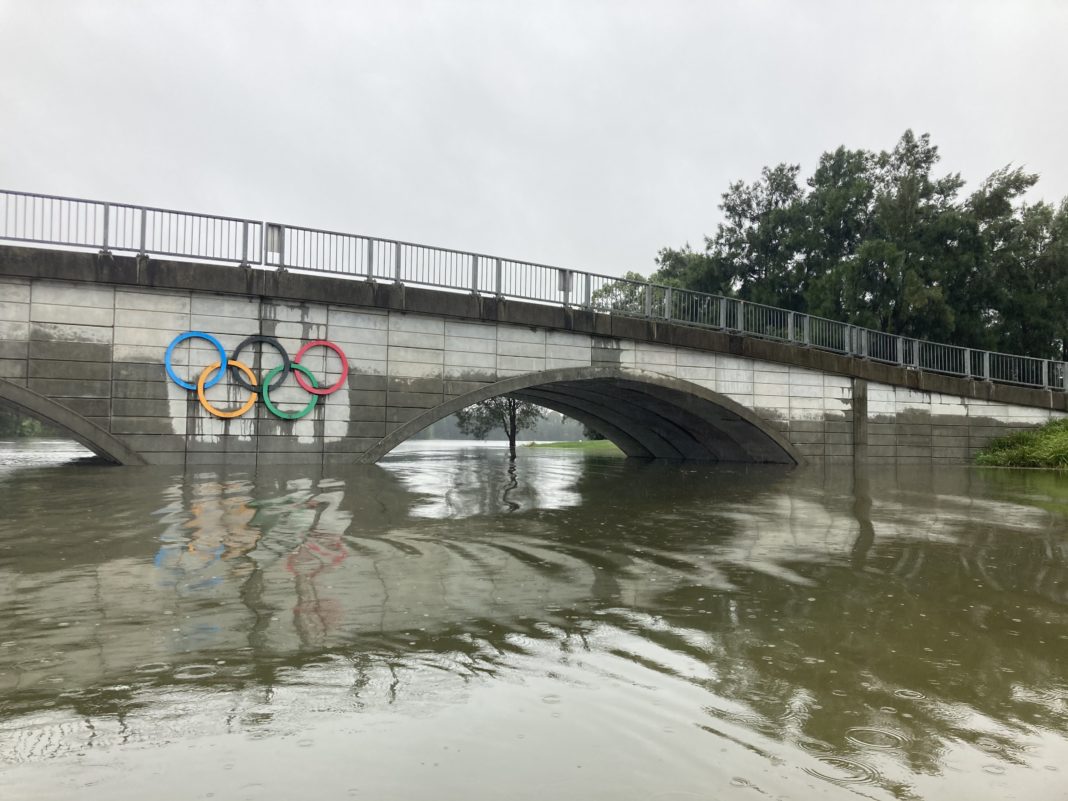 Exactly twelve months after Covid-19 restrictions impacted Olympic preparations, Paddle Australia’s canoe slalom team are once again facing interruptions as a consequence of the NSW floods, which not only destroyed properties and livelihoods, but also severely impacted Olympic training structures in Sydney’s west.

“It’s been a challenging few days and we’ve never seen anything like it.  The river has had the highest levels since 1961, but has thankfully dropped a bit and we are all sending our thoughts to those affected by these floods across the state,” dual Olympic canoe slalom medallist Jessica Fox, who is a Leonay local and Nepean River resident, said.

While the immediate disaster response is on everyone’s mind at the moment, Paddle Australia’s Olympic paddlers are also thinking ahead and after a challenging year of Olympic Games postponement, lock-down training and overseas travel restrictions, this weather event comes as yet another blow at a critical time in their preparations for the Tokyo Games.

“Covid has taught us to be innovative in our training regimes, but lack of access to suitable whitewater for any prolonged period of time so close to the Olympic Games can be detrimental,” Fox concluded.

Fox is set to head to her third Olympic Games, which are only four months away. Paddle Australia’s canoe slalom athletes were selected to the Australian Olympic Team last year with the team also including Lucien Delfour (NSW) and Daniel Watkins (TAS). With floodwaters still high, it is still unclear how long the water levels will take to recede.  Only then, once an assessment is made on the pumps and equipment, will the full extent of any delay in re-opening the facility be known.

“The Penrith Whitewater Stadium is currently the only Olympic standard whitewater venue we have in Australia and with current border closures, we can’t exactly go anywhere else”.  Shaun Stephens said.

Following the postponement of the Paddle Australia National Championships and selection events earlier in the year due to Covid-19, there is also risk that this closure may impact the scheduled upcoming Canoe Slalom Selection event in three weeks’ time as well as prevent any training on whitewater for Paddle Australia’s Olympic team athletes.

“There is no doubt, the last twelve months has built resilience within our canoe slalom paddlers”, Stephens said.

“The nature of the sport means athletes must be adaptable and respond to unpredictable events.  That is exactly what our team did last year and is exactly what we need to do with this current situation.  We will adapt our training accordingly, and once we understand the true extent of the problem, we’ll have to make quick decisions and act rapidly”, Stephens added.

The Penrith Whitewater Stadium is an Olympic legacy venue and remains one of the best whitewater stadiums in the world.  Nevertheless, it is now more than 20 years old and is in need of some remedial work.  An exciting and much needed revitalisation project has been proposed for the entire precinct ahead of the 2025 ICF Canoe Slalom World  Championship, which was recently awarded to Paddle Australia at the Penrith venue.  See media release here: http://paddle.org.au/2021/03/13/western-sydney-to-host-2025-icf-canoe-slalom-world-championships/