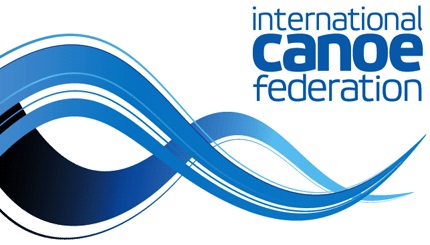 The Board of the International Canoe Federation has confirmed all its international events scheduled before September 2020 will be cancelled or postponed.

However it decided to leave open the possibility of hosting some level of international competitions before the end of 2020, if conditions allow.

The board emphasised any decisions on possible events will depend on the rules and restrictions in place in the host country, and also on three important criteria being met for the athletes.

National federations will need to be able to get to the event, all athletes must have sufficient training opportunities before the competition, and the cost of international travel must be affordable for participants.

The Board reviewed a survey from more than 1000 athletes which had shown overwhelmingly the desire for some form of competition if at all possible, however the health and safety of all participants had to remain the number one priority for the ICF.

The ICF has postponed this year’s junior and U23 canoe slalom world championships, and the canoe sprint non-Olympic world championships, originally set down for early July in Ljubljana and Szeged respectively, until September.  A review of the situation for these competitions will be made end of May 2020.

The ICF is closely working with local Governments and organisers and will review decisions on the status of each event at least three months before commencement of the competition.

The ICF Board also approved two budget scenarios for the organisation, covering the remainder of 2020 up to 2022. The budgets took into account all possible scenarios, including the chance of no competition or Olympics in 2021.

While financial challenges are expected in the near future, it was confirmed that the ICF had the capacity to manage the sport effectively from a financial position and can meet any likely challenges during this crisis.

The ICF endorsed technical rule changes which will permit the publication of a new qualification system for Tokyo 2021, which is currently being reviewed by the IOC.

The board, meeting through video-link, endorsed several possible savings initiatives if the worst-case scenario was to be realised. It also looked at possible options if this year’s ICF Congress, where several important elections are due to take place, can not be held.

The congress is scheduled for the Philippines in December. Among the positions open for election is ICF president, with Jose Perurena stepping down after 12 years at the helm.

The board will meet again at the end of June to make final decisions on the Congress and on the status of outstanding events scheduled for later this year.