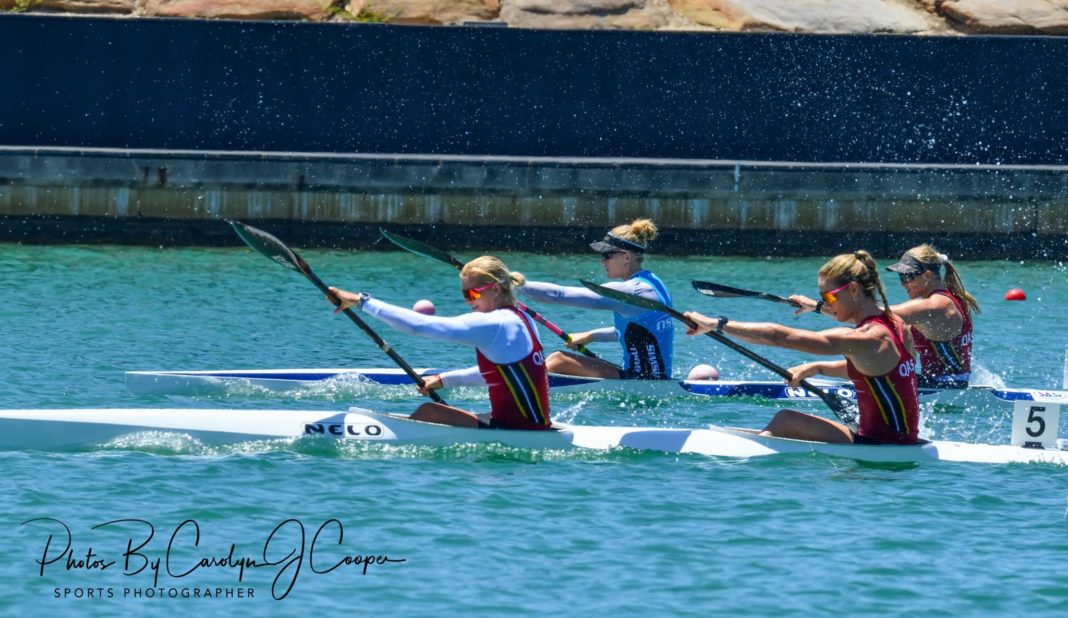 Paddle Australia’s national canoe sprint series kicked off in style with top-level racing at the Canoe Sprint Grand Prix 1 in Adelaide over the weekend (6-8 December 2019).

Just eight months out from the start of the Tokyo 2020 canoe sprint events, Australia’s current and aspiring Olympians presented themselves in strong form at the season opener and ahead of the 2020 Olympic and Paralympic selection season next year.

In the women’s events, Rio Olympian Alyce Wood (nee Burnett, Sunshine Coast, QLD) had a successful start to racing under her new married name ‘Wood’ and took home the win in the women’s K1 500, K1 200 events as well as in the K2 500 and 200 together with Rio partner Alyssa Bull (Sunshine Coast, QLD).  In the K1 500, Bull finished second with fellow South Australian 2019 national team paddler Cat McArthur (Holdfast Bay, SA) following in third. In the women’s K1 200, 22-year old Western Australian Yale Steinepreis (Bayswater), pushed through this year’s senior national team paddlers to finish second behind Alyce Wood and ahead of Alyssa Bull with Cat McArthur following in fourth.

“We’ve all done some pretty hard training kilometres over the last couple of months and this was a great opportunity to get the first racing in, test out new things and blow out the cobwebs,” Cat McArthur said about the season opener. And while this was not a selection relevant event, the countdown to Tokyo 2020 was on everyone’s mind.

“You never know what you get this time of year, but Tokyo 2020 is definitely why we are all out here.  We are all training really hard and everyone is getting around each other and we are all driving each other to want more and to see how fast we can all get and it’s definitely a goal to get on to that team next year.”

“At our Oceania Championships in February there are additional Oceania qualification spots we can try and qualify for the country.  It’s all for the country at this point and there are no names on seats yet.  But we can get up to two in the K2 500 event or we can potentially get one in the K1 500 event, so we are potentially looking at either one or two extra spots to get to a maximum of six women that we can get on the Tokyo team,” McArthur explained the process.

In addition to kayaking, Australia will also be aiming to secure a quota spot in the women’s canoeing events, the class that will premier at Tokyo 2020, with South Australian Sports Institute paddlers Bernadette Wallace (West Lakes, SA) and Josephine Bulmer (West Lakes, SA) leading the charge across the women’s C1 and C2 events at GP1. While the 2019 Senior national team squad performed strongly over the weekend, Australia’s up and coming women’s canoe sprint talent also impressed with some solid performances for the start of the season and with exciting racing to be expected come selection and Oceania qualifying season next year.

“We’ve definitely got a pretty strong group coming up and we got young girls pushing us older ones, like you saw with Yale (Steinepreis) in the 200 final or in the K2 500.  We have four spots now and are hoping for a few more, but the bigger team we can get and the more competition we can drive the faster we are all going to get, so this is all positive,” McArthur said.

One of the young ones pushing up is Paddle Australia’s Junior Paddler of the Year Kailey Harlen who at only 18-years of age made all the open women’s finals at GP1.  Harlen finished sixth in the open women’s WK1 500 after winning her semi-final and added a third place in the women’s K2 500 and a fourth place in the K2 200 together with Brianna Massie to a successful season start.  She also finished seventh in the women’s K1 200 final after a second place in the semi.

“I actually didn’t expect it to go this well and I’m stoked with the results.  It’s nice to be back in the boat, just coming back to racing and seeing everyone’s faces and just feeling fit again, so I’m happy,” Harlen said after making a successful comeback to racing following a wrist injury earlier in the year that saw her miss the 2019 ICF Canoe Sprint Junior World Championships.

But it is full steam ahead for Harlen now, who only started paddling in 2018 and has set her eyes on the Olympic Games – if not next year, then 2024.

“2024 was always the dream, but at the moment it’s getting a little bit real and I hope for the next one (Games) coming up.  But it’s going to be extremely tough with these girls all going for it, so all I want to do is try my very best and see where it takes me,’ Harlen said about her Olympic ambitions.

“The idea of maybe going to Tokyo is unreal.  How could that have even happened.  It does make me a little bit more nervous and adds a lot of extra pressure that I probably wouldn’t have put on myself but it’s exciting as well.  And whatever happens happens, so I’m just gonna go for it.”

Another one to watch will be Georgia Sinclair (Avoca, NSW) who had a successful start to Olympic sprint kayaking on the weekend.

The Avoca paddler, who finished fourth at this year’s ICF U23 Ocean racing world championships contested her first kayaking regatta and finished second in the women’s K1 1000 and sixth in women’s K2 500 together with Mackenzie Duffy (Kawana Waters, QLD).

“Yes, this was my first kayak sprint event.  I come from ocean racing and clubby skies and it’s been fun getting into the short stuff.  It’s over 20k shorter than what I’m used to but it was good fun,” Georgia Sinclair laughed. 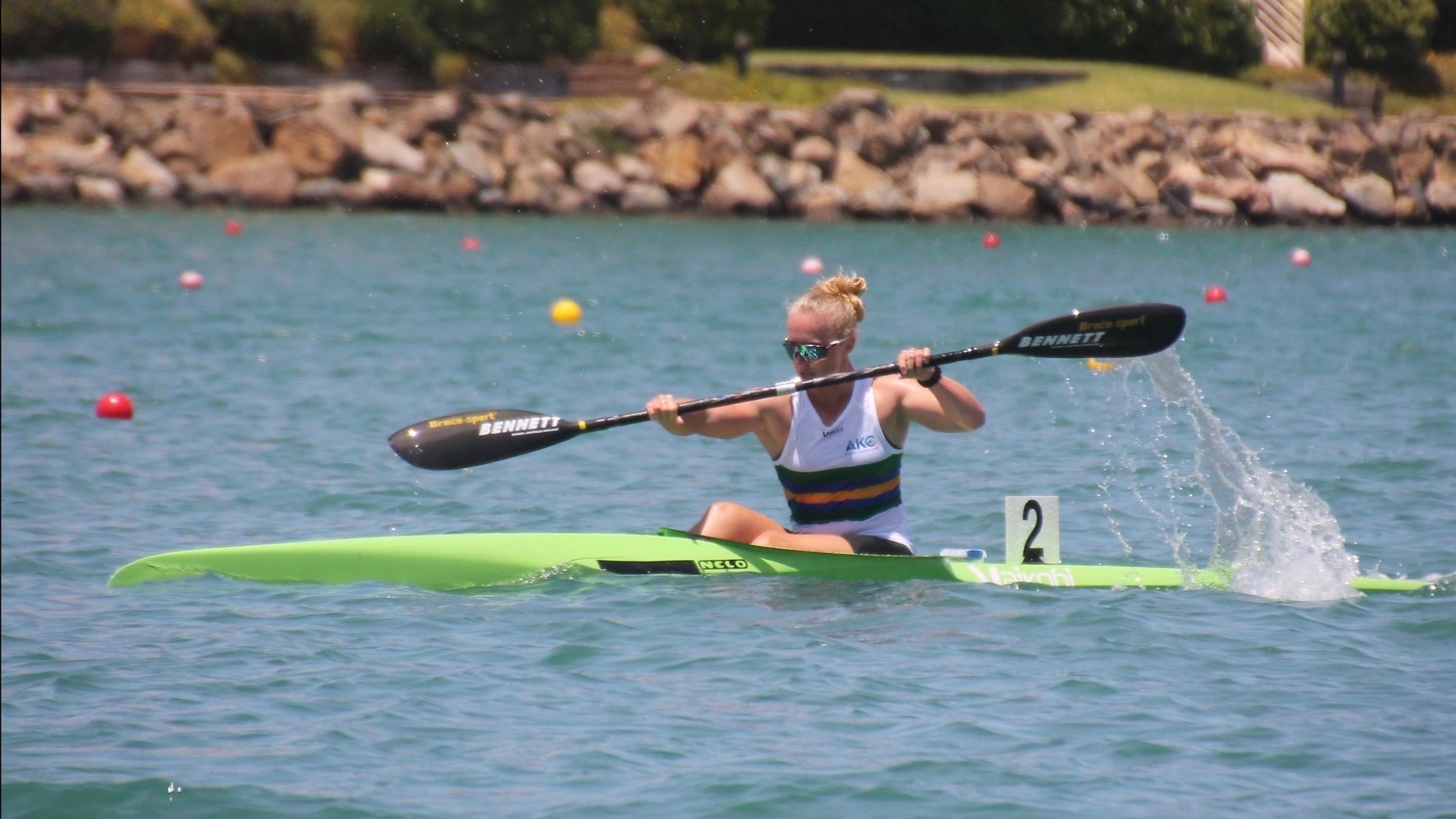 “I’m a new recruit at Avoca this season and have been training between there and NSWIS. It’s really cool to train alongside all the top guys and seeing what they have achieved in the sport and realising that that could potentially be on the cards.  I think the Olympic Games are every kids’ dream in sport and I guess, this put a few ideas into my mind.  But I guess I will just paddle as best as I can and see what happens.”

MEN EVENTS
While Australia’s kayak women are still aiming to secure additional Tokyo 2020 spots, the men have already qualified the maximum six quota spots in the men’s kayaking events, and come February, it will all come down to who will fill those spots with the past weekend the first racing opportunity for the squad vying for Tokyo 2020. The pair was pushed by U23 K4 world champions Tom Green (Currumbin Creek, QLD) and Jean van der Westhuyzen (Gold Coast, QLD), who finished second in both events, but still won with a comfortable margin.  20-year old Green, who also won the K1 1000 U23 world champion title this year, took home the win in the men’s K1 1000 ahead of Jean van der Westhuyzen and Jordan Wood. Olympic champion and Rio bronze medallist Ken Wallace (Currumbin Creek, QLD) was back in action after not contesting the international season this year, paddling the K2 together with 2019 U23 K4 world champion and U23 K2 silver medallist Jackson Collins (QLD).

The pair finished third in the men’s K2 1000 and fourth in the K2 200 with both also contesting the K1 events.

“It’s almost been a refresher course to paddling again and even though I’ve done it for so many years it’s that consistent paddling throughout the entire day that’s important with for example five 1000 metres races on our first day.  It was a solid day but I really enjoyed it,” Wallace said after his first racing back on the circuit.

“It probably wasn’t the result that we really wanted and it didn’t reflect the training that I’ve been doing.  We’ve done well over the weekend but I don’t think we are quite there yet but it’s a starting point so we can go back and train from that,” the 36-year old said.

Collins who is 15-years younger than Wallace and who had an impressive senior team debut last year after only just over a year in the sport made the most of the opportunity to paddle with experienced Wallace.

“The first regatta of the year is always a bit of a shock to the system but I’ve enjoyed it and learnt a lot.  It’s the young learning from the old here.  Kenny has taught me a lot so far that’s helping with my paddling and how to be better in the back, so it’s been good,” Collins said. Paddling with legends of the sport like Kenny Wallace is also what West Lakes locals and SASI 2019 Junior team members Jesse Kneebone–Ellis and Daniel Kucharski are aiming for, who contested their first senior events over the weekend and cherished the opportunity to paddle alongside their heroes.

“We tried to not get caught up in the competition around us and it was a good experience coming into our first senior regatta and be able to compare ourselves to the top guns,” Dan Kucharski said.

“It was a bit of a shock to the system, a big learning experience and we tried to not let the big names in the lanes next to us get to us, but we are really happy with how we’ve done.  Lining up for the K1, I was speaking to Kenny Wallace who was saying that his first ever world championships A final was over 20 years ago and neither of us were born then so it’s really been a big mix and lots of experience going around the races,” Jesse Kneebone-Ellis added.

JUNIOR EVENTS
Australia’s up and coming sprint talent made waves across all of the GP1 events and age groups building the excitement ahead of national team selection races next year. 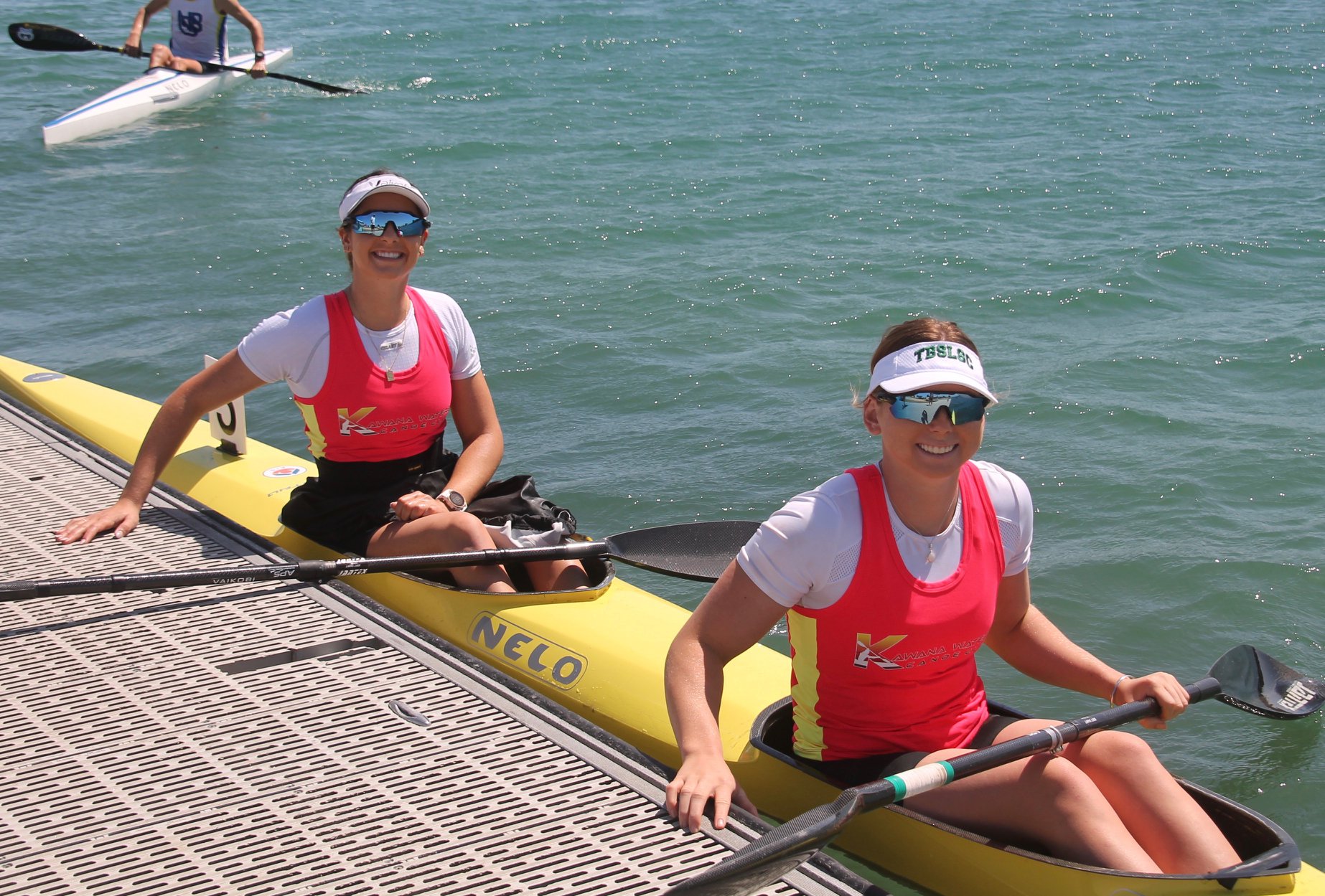 In the men’s 18 & under events, 2018 Olympic Hopes team paddler Fletcher Armstrong (Avoca, NSW) made a successful come-back to canoe sprint racing following his recovery from should surgery at the end of last year and a successful stint into surf ski racing this year.

Armstrong made it a clean sweep winning also the men’s K4 500 together with Sydney Northern Beaches’ Matt Dunbar, Toby Schooley and Jarrah Sheppard. GP1 also saw the next generation of aspiring Junior team paddlers coming up with the under 16-years age showing some promising results, including Currumbin Creek’s 15-year old paddler Ava Lund (QLD) winning the women’s K1 16 & under events over the 500 and 1000 metres.  Lund also won the women’s K2 16 & under in the 1000, 500 and 200 metres events together with Western Australian Hana Vanek (Bayswater), who added a win in the women’s K1 16 1000 to her successful series at GP1.