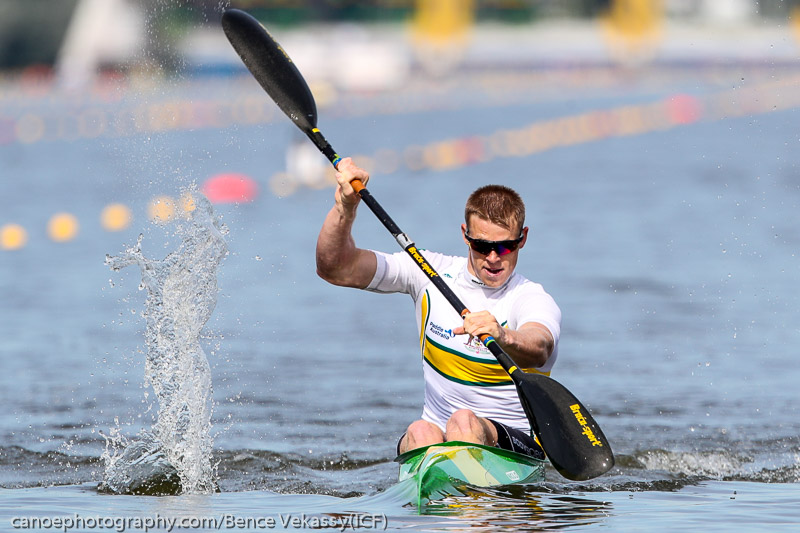 Paddle Australia’s dual 2019 U23 World Champion and up and coming canoe sprint talent Tom Green (QLD) is amongst five of Australia’s most promising young athletes who will benefit from the wealth of experience of our nation’s very best as a part of the Sport Australia Hall of Fame 2020 Scholarship and Mentoring Program.

The 20-year old is amongst this year’s SAHOF scholarship recipients and as part of the scholarship Green will be mentored by Olympic gold medallist Grant Hackett OAM.

“It is an honour to receive a SAHOF Scholarship and to have been recognised by my peers. Being mentored by Grant Hackett, a sporting great, is a privilege that will help make my sporting dreams a reality,” Tom Green said.

“The opportunity to learn from someone who has been there and who has experienced the ups and downs of elite competition and can share their lessons learned with me is simply priceless. I look forward to making the most out of this opportunity and I thank everyone involved for their consideration. I hope to one day be able to mentor others to help them chase their dreams no matter how big.”

Now in its 14thyear, the program is designed to help young Australians reach the highest levels of their sport, by providing encouragement and funding over a 14-month period.

“I’m very grateful to have the opportunity to help guide Tom through the challenges he faces as an athlete. Providing perspective through experience allows any athlete a greater chance of reaching their full potential,” Grant Hackett OAM said.

The five young athletes receive one-on-one personal mentoring by a current member of the Sport Australia Hall of Fame along with a $5,000 sporting expenses grant.

“What well deserved recognition of our up and coming paddling star Tom Green to be chosen for support through one of Australia’s most prestigious scholarship programs. Working with an athlete and role-model like Grant Hackett will be a great opportunity for Tom to continue to grow both as an athlete and as a person,” Phil Jones, Chief Executive Officer, Paddle Australia said.

“The Sport Australia Hall of Fame scholarship tops off an amazing season for Tom. In an impressive last few weeks he has won two gold medals at the U23 canoe sprint world championships, made the K1 final in only his second senior world championships final and secured a quota place for the Olympic Games for Australia through his performance. We are confident that this scholarship will be a fantastic opportunity to progress his career even further.” With one month to go until the Sport Australia Hall of Fame Induction and Awards Gala Dinner,the successful recipients will be presented their scholarships by their respective mentors on Thursday, 10th October 2019at Palladium at Crown, Melbourne.

Tom Green took home the U23 World Championships title in the men’s K1 500 as well as in the men’s K4 500 this year. He was also part of the K4 team of Lachlan Tame, Jackson Collins and Matt Goble, that secured an Olympic quota spot for Tokyo 2020 at the 2019 ICF canoe sprint world championships in August.

The Sport Australia Hall of Fame 2020 Scholarship and Mentoring Program

Sport Australia Hall of Fame Chair John Bertrand AO said; “What an opportunity for these aspiring champions to receive a turbo boost into the real world of high-end performance sport from some of our countries greatest sportsmen and sportswomen.

All that knowledge and wisdom is now available directly with one-on-one mentoring by Members of the Sport Australia Hall of the Fame.  The impact on these young dream builders will be profound.”

About the Sport Australia Hall of Fame Scholarship and Mentoring Program

The Sport Australia Hall of Fame’s Vision is to preserve and celebrate the history of Australian Sport and to inspire all Australians to achieve their potential both in sport and life.

The Scholarship and Mentoring Program is one opportunity to continue achieving our vision by helping young Australians achieve at the highest level of their sport and to inspire the next generation to achieve their potential both in sport and life.

Since the introduction of the program in 2006, 73 young Australian athletes (76 Scholarships) (view full Scholarship list here)across 34 sports and 50 Members as mentors have benefited from the opportunity of a lifetime to draw on the experience and wisdom of The Sport Australia Hall of Fame Members in addition to the valuable cash grant.

Established in 1985, the Sport Australia Hall of Fame plays a vital role in preserving and perpetuating Australia’s rich sporting heritage, whilst promoting the values of courage, sportsmanship, integrity, mateship, persistence, and excellence, all underpinned by generosity, modesty, pride and ambition.