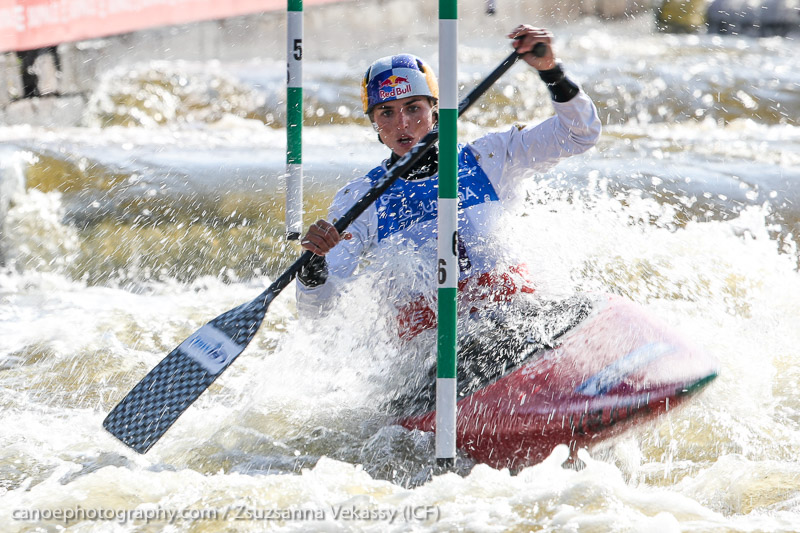 Jessica Fox on Sunday hung on by her fingernails to win a second gold medal at the ICF Canoe Slalom World Cup Final in Prague, and in doing so underlined her dominance of women’s canoeing by sealing her third consecutive overall C1 world cup title.

After Jessica Fox’s staggering, record-breaking results in 2018 it was hard to imagine she could repeat the performance in 2019. But the 25-year-old most successful female slalom paddler of all-time stepped up on the final weekend of the five-event world cup season, winning both the K1 and C1 gold medals, and successfully defending both overall world cup titles.

But she only just held on to win on Sunday, posting a time 0.04 seconds quicker than Great Britain’s Kimberley Woods in the C1. Czech Tereza Fiserova was third. “I think every race has been pretty tough and challenging, and I think after yesterday’s win, it was such a big win for me, so I wanted to come back today and go through the process again and stay grounded,” Fox said.

“It wasn’t perfect, and it was a fight to the finish. My goal is always to put down my best runs, not win the overall world cup, that’s a bonus of doing consistent races.

“It wasn’t the perfect season like last year, but I’ve learned so much from every race that I’ve done. The competition in the C1 category is getting better and better, the girls are hungry and improving a lot, it makes me really proud to be in this category.”

Fox finished well ahead in the overall standings, finishing with 312 points to Brazil’s Ana Satila on 225 to make it three C1 titles in a row. Fiserova was third on 222 overall points. It is her fifth overall world cup title in the women’s C1, the boat class which will premier on the Olympic program at the Tokyo 2020 Games. 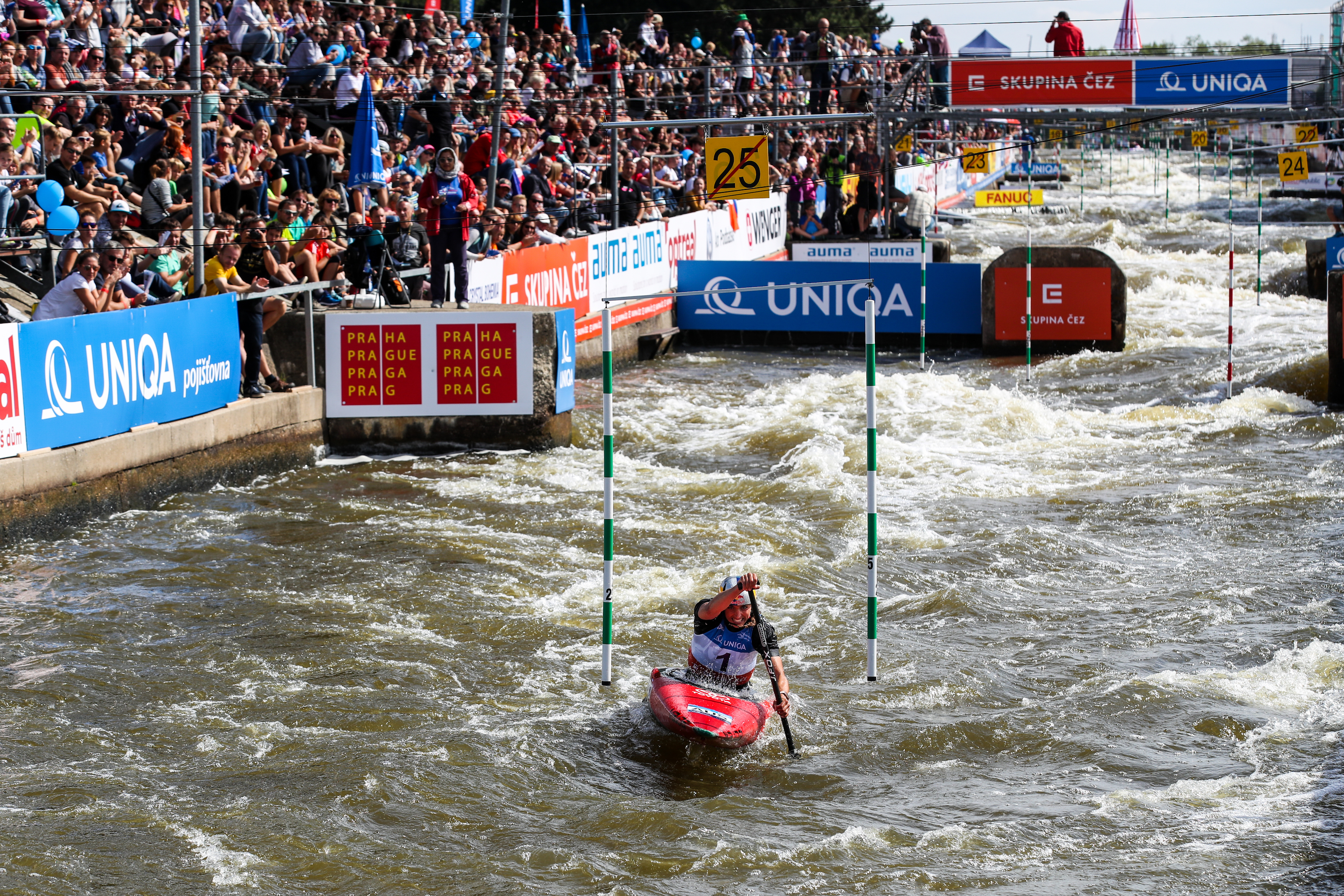 “I’m really happy to finish off this way, especially in the last world cup, it’s double points, it’s Prague, which is always really challenging, but there’s been an amazing atmosphere and I’ve really enjoyed racing,” she said.

“That’s what will keep me fresh and happy and hungry to keep training harder for the next couple of weeks. But I know the girls who might not have done as well as they liked here will be hungrier than ever for Seu, so I’m looking forward to getting back to Spain.”

Sister Noemie Fox also made it through to her first C1 final of the season, but picked up four gate touches to finish eighth overall.

“It’s always hard to pick if it is going to be a close semi-final or final, or if people will make mistakes, and unfortunately I was one of the ones who made mistakes,” Lawrence said.

In the men’s K1, both Lucien Delfour (NSW) and Daniel Watkins (TAS) picked up two second penalties which kept them out of the final. Delfour finished 15th, and Watkins 17th.

“There were plenty of small mistakes made during the run, so plenty of time to make up the time, but I was pretty happy to put together a solid run in the semi-final,” Watkins said.

“I would have liked to be in the final for sure. I guess I’ve just got to try and tune-in these last three weeks, and try and make those final changes to make the speed deliverable.” 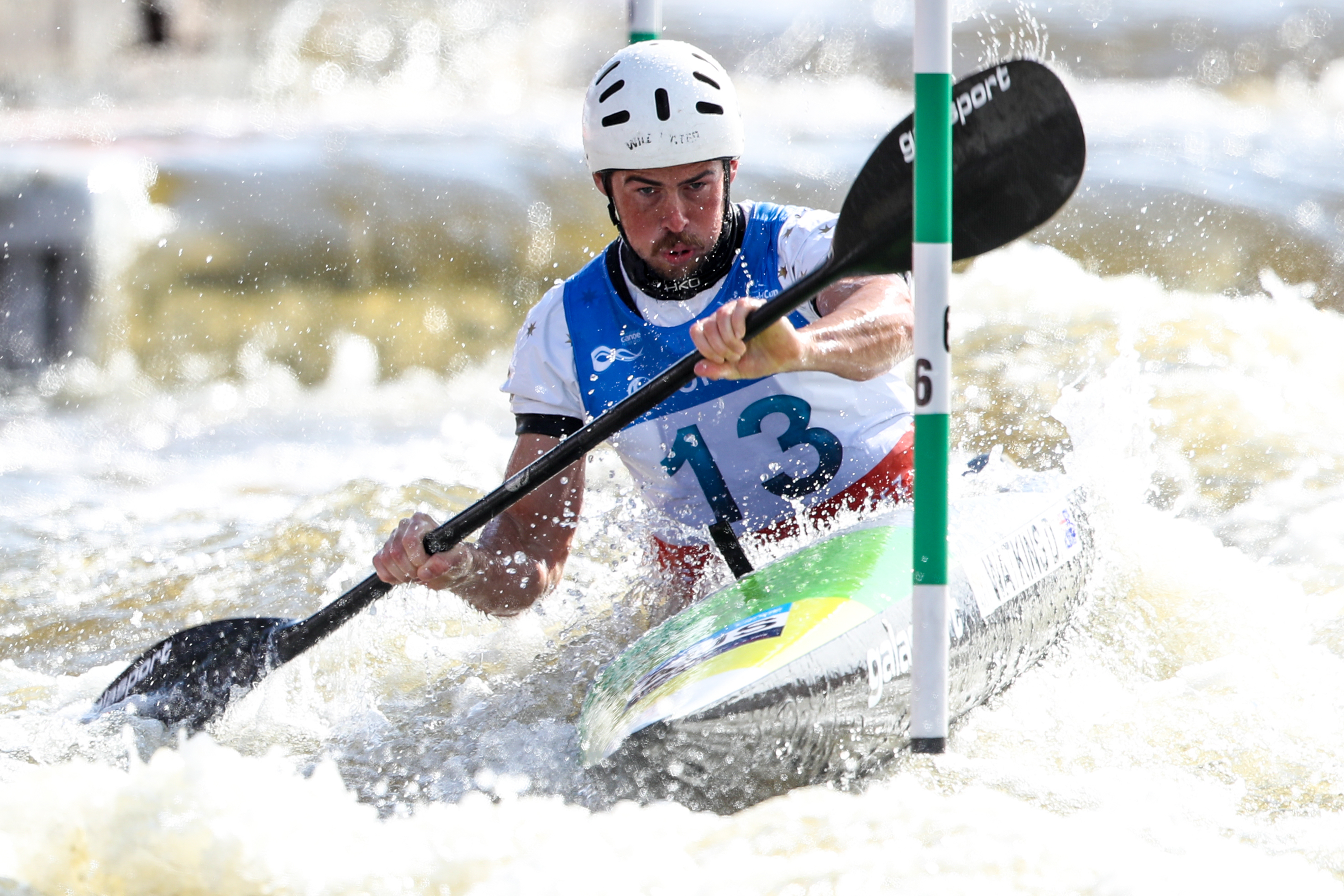 The Australian canoe slalom team will head to La Seu d’Urgell next, where they will prepare for the 2019 ICF Canoe Slalom & Wildwater World Championships (25-29 September 2019) with the event also doubling up as the first Tokyo 2020 Olympic qualification event.