With two weeks to go to the Paddle Australia Canoe Sprint Nationals Championships and national sprint team selections at Champion Lakes in Western Australia, the team enjoyed a weekend of tough racing against New Zealand’s top paddlers, who are amongst the best in the world.

The championships doubled up as national team selection for the New Zealand paddlers with extra pressure on a lot of the races and with the New Zealanders racing in their club combinations in the team events.

“We came over to New Zealand to get further racing practice as well as race the world class kiwi women. You can never pass up an opportunity like that to race the best in the world,” Olympian Alyce Burnett said.

“I think overall we took some great positives from the weekend of racing. The team is working really well together, all of the girls have really lifted their K1 performance and our team boats are becoming much more consistent. Now with only two weeks until nationals and our team selection, we are heading home to refine a few more things before we get another shot.”

Apart from the women’s K4, ne of the stand-out races was the women’s K1 500 with only three New Zealanders and five Aussie girls making it through to the final. The podium was a Kiwi clean sweep led by two times Olympic champion and eight-time World Champion Lisa Carrington who retained her national open women’s K1 500m in a time of 1:47.61 and finished ahead of her team mates and dual 2018 World Championships silver medallists Caitlin Ryan in second and Aimee Fisher in third.

“We were the only three Kiwis in the final and to have the Aussies in there always pushes you faster. It was cool to race the other girls I train with and nice the Aussie girls came over to race,” Carrington said after the race about the international contingent contesting the event.

“I think I overcooked the start which I definitely payed for at the end, but making mistakes like that against these girls this early in the season gives us an opportunity to go home and work on our race plans and tactics before we head into the all-important international season,” Burnett reflected on the K1 500 race that saw her in fourth place.

In the women’s K1 200 it was the same Kiwi-podium with Alyce Burnett once again placing fourth in a time of 42.60.

Up and coming Australian U23 paddler Ella Beere had the time of her life, when she got to team up with New Zealand’s paddling star Lisa Carrington to win the women’s K2 500. The Aussie-Kiwi duo executed a first-class race to clock 1:40.18. In a tight battle for silver the all Aussie duo of Alyce Burnett and Alyssa Bull was edged into third by Kiwis Ryan and Briar McLeely by just 0.06 seconds and registering a time of 1:42.62.

Beere, who has family in New Zealand and is a member of the same club as Lisa Carrington, was excited about the opportunity.

“It was an exciting opportunity and I have learnt so many lessons from Lisa. She is a great role model for paddling, but also, I admire her attitude towards life. She has taught me that the most important thing is to learn from each race and strive to improve each time.”

“Whenever I go back to New Zealand to visit family, I sometimes paddle on Whakatane river and joined Eastern Bay kayak club. It’s great for us young paddlers to get to go with the big guns which makes things exciting.” 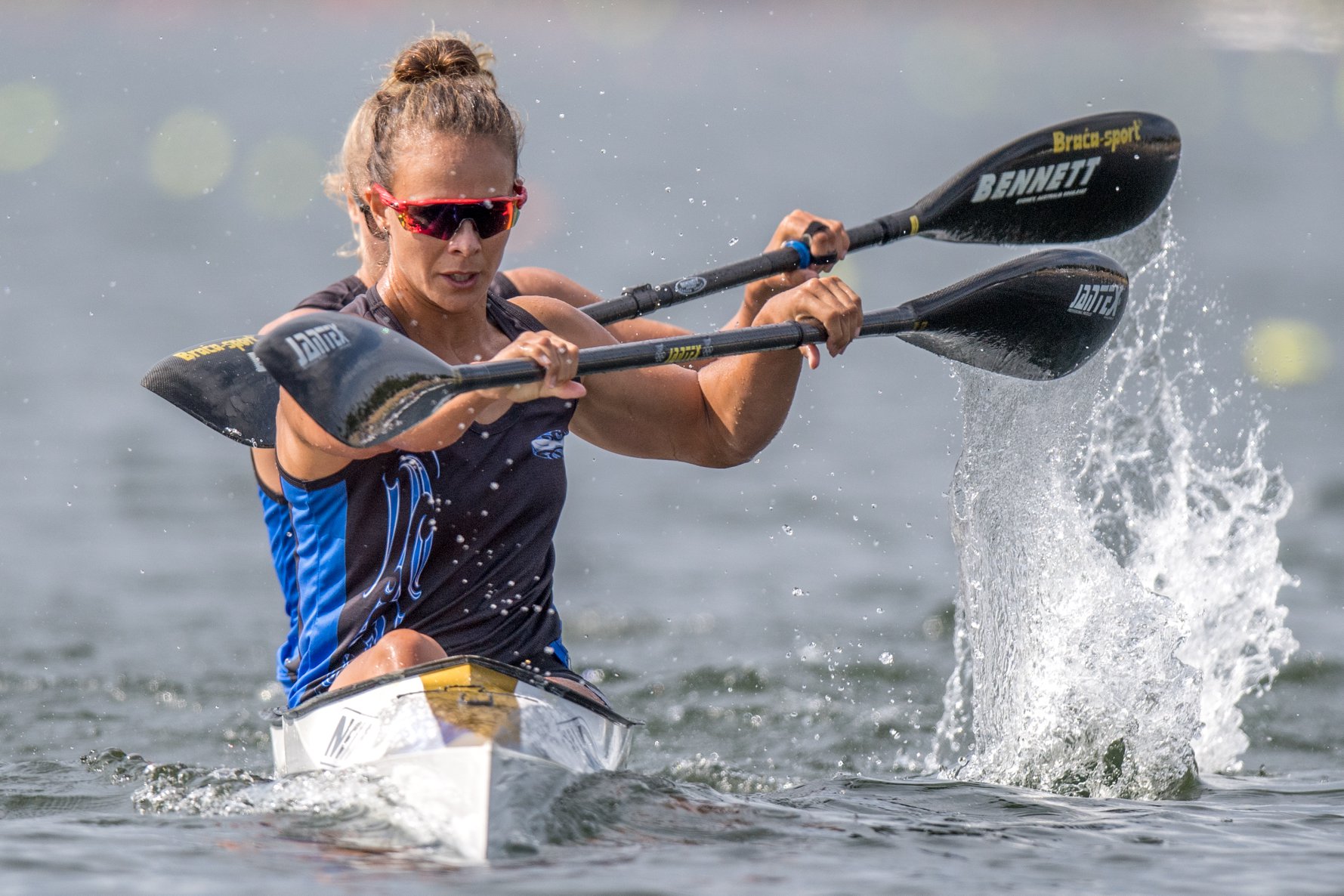 Results can be accessed here: https://liveresults.co.nz/