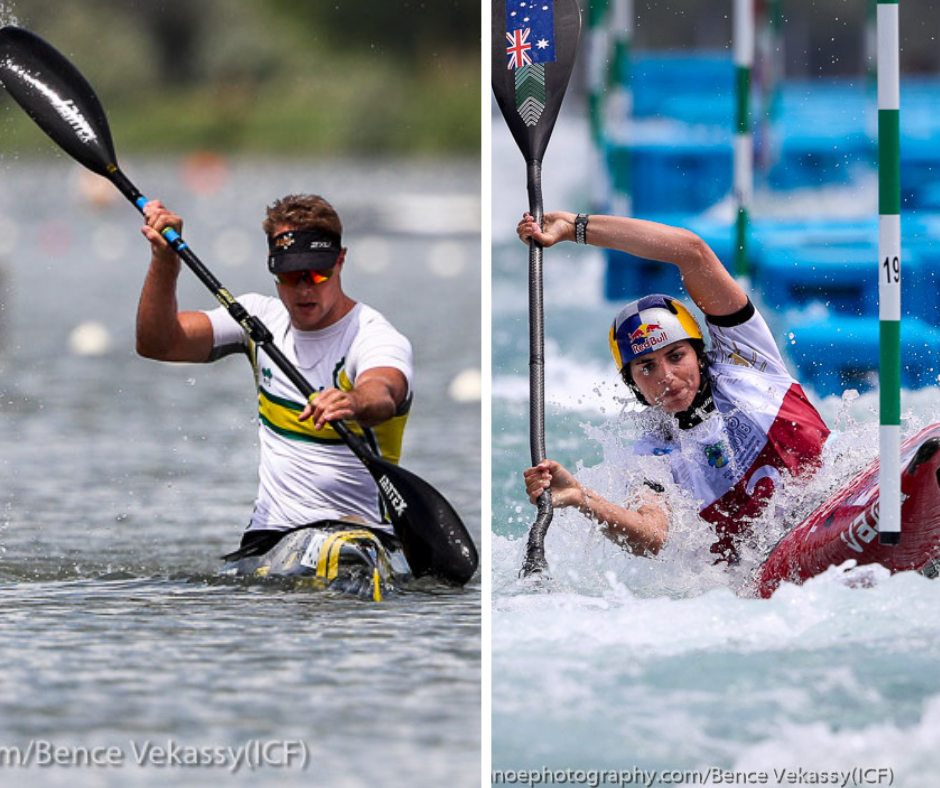 Dual Olympic medallist and Jessica Fox is inspired by Paralympic champion Curtis McGrath and determined to make him the first “para-athlete slalom paddler” 😉 !?

They are the world’s most successful individual paddlers in their disciplines, now they will go racing together and take on Sydney’s Olympic whitewater course at Penrith Whitewater stadium.

The event coincides with Curtis McGrath having his first hit-out of the 2019 Paralympic Qualification season at the Canoe Sprint Grand Prix II at Sydney International Regatta Centre over the weekend 8-10 February – see media release here: http://paddle.org.au/2019/02/05/2019-paralympic-and-olympic-canoe-sprint-road-to-tokyo-starts-in-sydney/).

A paralympic canoe sprint flat water paddler, who has been successfully competing on the Paralympic world stage after having both of his legs amputated as a result of a mine blast whilst serving in the Australian Army in Afghanistan in 2012, McGrath used to do some whitewater paddling growing up at school in New Zealand and reckons he will remember the skills. “I’m sure it’s just like paddling a bike, At least I hope so.” he said.

“It’s an idea that came up a few years back… Curt is one of the most inspiring people I’ve ever met, knowing his story, his determination to get to the Paralympics, his dedication to his craft and his incredible performances to see him win world titles and Paralympic gold, I’ve admired him for many years,” Jessica Fox said about their plan to paddle together.

“I found out he had done some slalom back in the day before his accident in Afghanistan and wanted to get back on the rapids. It’s all about sharing disciplines, sharing time on the water, and helping him take on this challenge to get on the rapids. I think he would be the first para-slalom athlete and it’s obviously more fun than the straight-line stuff he does,” Jessica Fox laughed.

The event also marks the start of 2019 for the greatest individual slalom paddler of all time, Jessica Fox, who will kick-off the Olympic qualification season on home waters at the Sydney International Whitewater Festival next week and over the two weekends of 15-17 as well as 22-24 February 2019.

Tune into FOX SPORTS TONIGHT 5:45 p.m. for an Interview with Jess and Curtis.