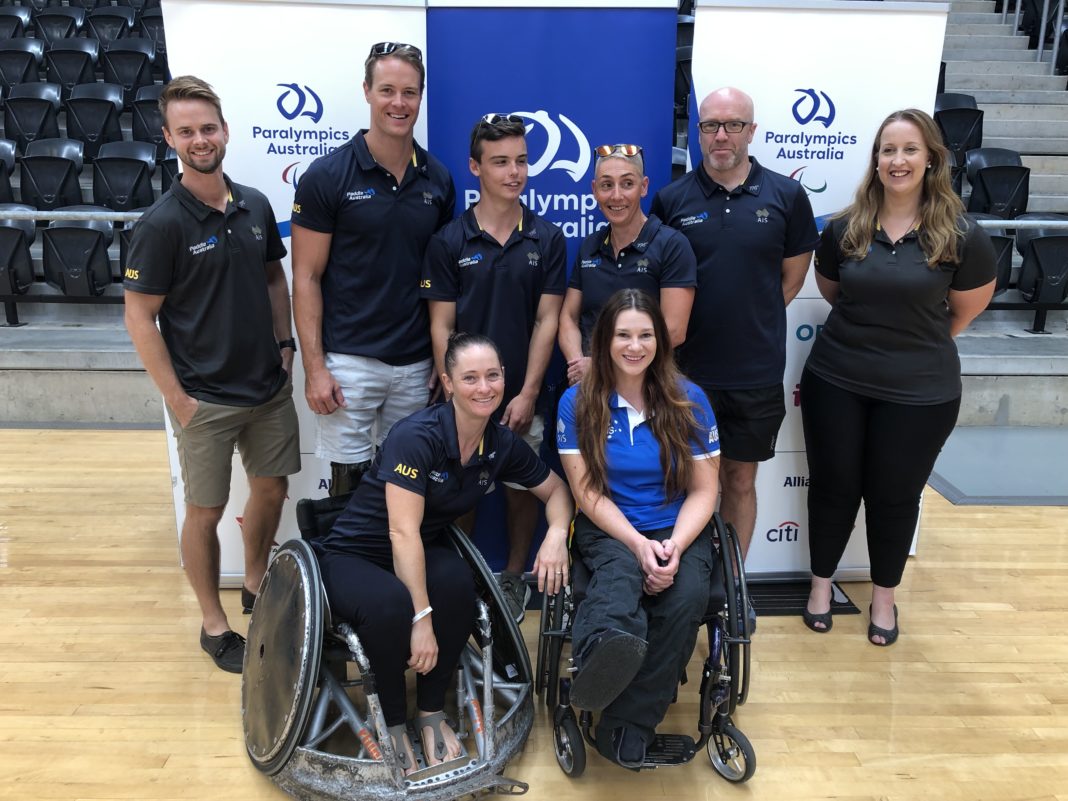 The Federal Government has delivered a major boost to the preparations of Australia’s Para-athletes ahead of the Tokyo 2020 Paralympic Games, with the announcement of $12million in new funding.

Prime Minister Scott Morrison said an $8million investment from his Government will help to effectively manage the planning, coordination and delivery of the Australian Paralympic Team aiming for success in Tokyo.

The Prime Minister made the announcement today in Sydney at an event to launch the new Paralympics Australia brand, formerly known as the Australian Paralympic Committee.

Prime Minister Morrison said “This new investment from the Federal Government will assist with the significant costs associated with delivering an Australian team of this size and complexity to the world’s premier event for athletes with a disability. It also recognises the Australian Paralympic Team’s unique and burgeoning place within Australian sport and the value it brings to the Australian people”.

“I am proud that the Australian Government will be the key partner in ensuring the Australian Paralympic Team has the best possible chance to shine on the world stage in Tokyo. Our Paralympic hopefuls can now prepare with confidence, knowing the funds and support that they need and deserve to represent our country are secure.”

Paddle Australia’s Rio 2016 Paralympians Curtis McGrath, Amanda Reynolds (VIC), Susan Seipel (QLD) and Dylan Littlehales (NSW) were part of the event. McGrath spoke on behalf of athletes and presented the PM a shirt and hat with the new branding which hesigned for him later.

“Sport has been a huge part of my recovery and rehabilitation since I got injured in 2012. Having sport has given me a purpose and has allowed me to set goals and I really do thank this government for providing this funding, because when our government believes, Australians start to believe and then we can believe in our goals and our dreams  that can come true. Having the ability to set those goals and knowing that our country is behind us is really special,” Curtis McGrath said about the funding boost.

An additional $4million will be directed to Paralympic Australia’s Victorian base for the construction of a Community, Education and Events Centre at its existing facility at Tullamarine. The new development, which will feature accessible accommodation and training facilities for Para-athletes and teams as well as a Paralympic museum, will be managed in partnership with the Essendon Football Club.

Minister for Sport Bridget McKenzie said the Australian Paralympic Team was a source of huge inspiration to all Australians.

“By helping to secure their ongoing success through this funding, it will inspire more and more para-athletes to get involved in sport and physical exercise,” Minister McKenzie said.

“We want to build on the success of 2018 Winter Paralympic results where Simon Patmore won Australia’s first gold medal in 16 years and our Paralympians represent the best of our Australian values of dedication, hard work, excellence and good sportsmanship.” Sport Australian Chairman John Wylie said the work of Paralympics Australia in recent years was an example for the wider sport sector to follow.

“Sport Australia has enjoyed and appreciated the collaboration and openness of Paralympics Australia, an organisation which has showed what can be achieved through improved governance and financial control under a harmonious and effective Board and management team,” Wylie said.

“We regard Paralympics Australia as a key partner organisation that helps us set standards for leadership in Australian sport. With Tokyo 2020 now a key focus for us, we are excited by what can achieve together to harness the ongoing success of Paralympic sport in this country.”

Paralympics Australia is preparing to send one of Australia’s largest ever Paralympic Teams to the Tokyo 2020 Paralympic Games at a cost in excess of $10million. Athletes from more than 15 sports will be supported by pilots and guides for vision impaired athletes, ramp assistants for boccia athletes, coaches, managers and operational personnel including medical, technical, and administration staff.

Paralympics Australia aims to raise the outstanding $2.5million for the 2020 Team through fundraising efforts, corporate sponsors and State Government support over the coming 18 months.

APC CEO Lynne Anderson said: “This Federal Government funding, along with our valued ongoing relationship with Sport Australia, is a huge boost in an ongoing challenge to attract government, corporate and community support.”

“We will continue to work until our Paralympic hopefuls can prepare for each Summer and Winter Games without the worries that come with financial pressure and uncertainty.”

Alongside the funding announcement Paralympics Australia was launched as the new name of the organisation formerly known as the Australian Paralympic Committee. The new brand identity and recrafted logo features a smart and contemporary approach, based on the key design principles of simplicity, flexibility and accessibility.

“The name change to Paralympics Australia accurately reflects our organisation’s purpose to manage, prepare and deliver Australian Teams to the Paralympic Games, but importantly, also recognises our position as the peak body in Australian disability sport and our growing role to provide more opportunities for Australians to engage in Para-sport,” said Lynne Anderson, Chief Executive of Paralympics Australia.

“The design is smart and fresh. The colours combine contemporary blues and gold with green added for Australian Team branding.

“We love this new name and refreshed brand identity and it is exciting to be able to now share it publicly.”

The refreshed logo is an evolution rather than a revolution of the previous design. The key changes include the depiction of the athlete facing forward, rather than backwards, to reflect the positive and advancing nature of the Paralympic movement.

“Para-sport and Para-athletes have come of age in Australia. The growing appreciation and respect for our Paralympians and the desire for greater equity and inclusion of Para-sport becomes more evident every day,” Anderson said.

“We are very excited to move into the future as Paralympics Australia. The new brand will begin rolling out this week and will continue in phases during the year.”

In 2018, the APC Board endorsed a change of name from the Australian Paralympic Committee to Paralympics Australia. The change was unanimously adopted by its members at the Annual General Meeting last November.