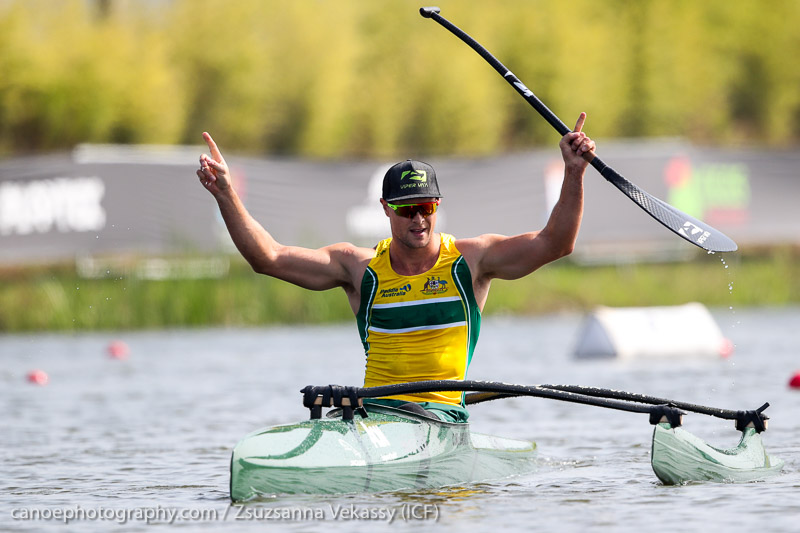 The Canoe Sprint Grand Prix 2 (GP2) is the continuation of the Paddle Australia Canoe Sprint Series that started in Adelaide in December with the Grand Prix 1 and continues in Western Australia in March with the 2019 Paddle Australia National Sprint Championships (7-10 March 2019). The National Sprint Championships will be the domestic national team selection event for both Olympic and Paralympic class paddlers.

18 months out from the Tokyo 2020 Olympic and Paralympic Games, the Grand Prix II is the first hit-out of the season for Paddle Australia’s Paralympic paddlers with Rio 2016 Paralympians Curtis McGrath (QLD), Dylan Littlehales (NSW), Amanda Reynolds (VIC) and Susan Seipel (QLD) all contesting the event.

“The para team is going well. Dylan (Littlehales) is stronger than ever and I have never seen AJ (Amanda Reynolds) as fit as she currently is. Susan (Seipel) has her eye on the prize and working hard to get back on to the podium. I would keep my eye on Dylan, he is getting stronger as he is maturing and becoming the fastest paracanoeist Australia has produced,” Curtis McGrath said about the paracanoeists to watch this season. 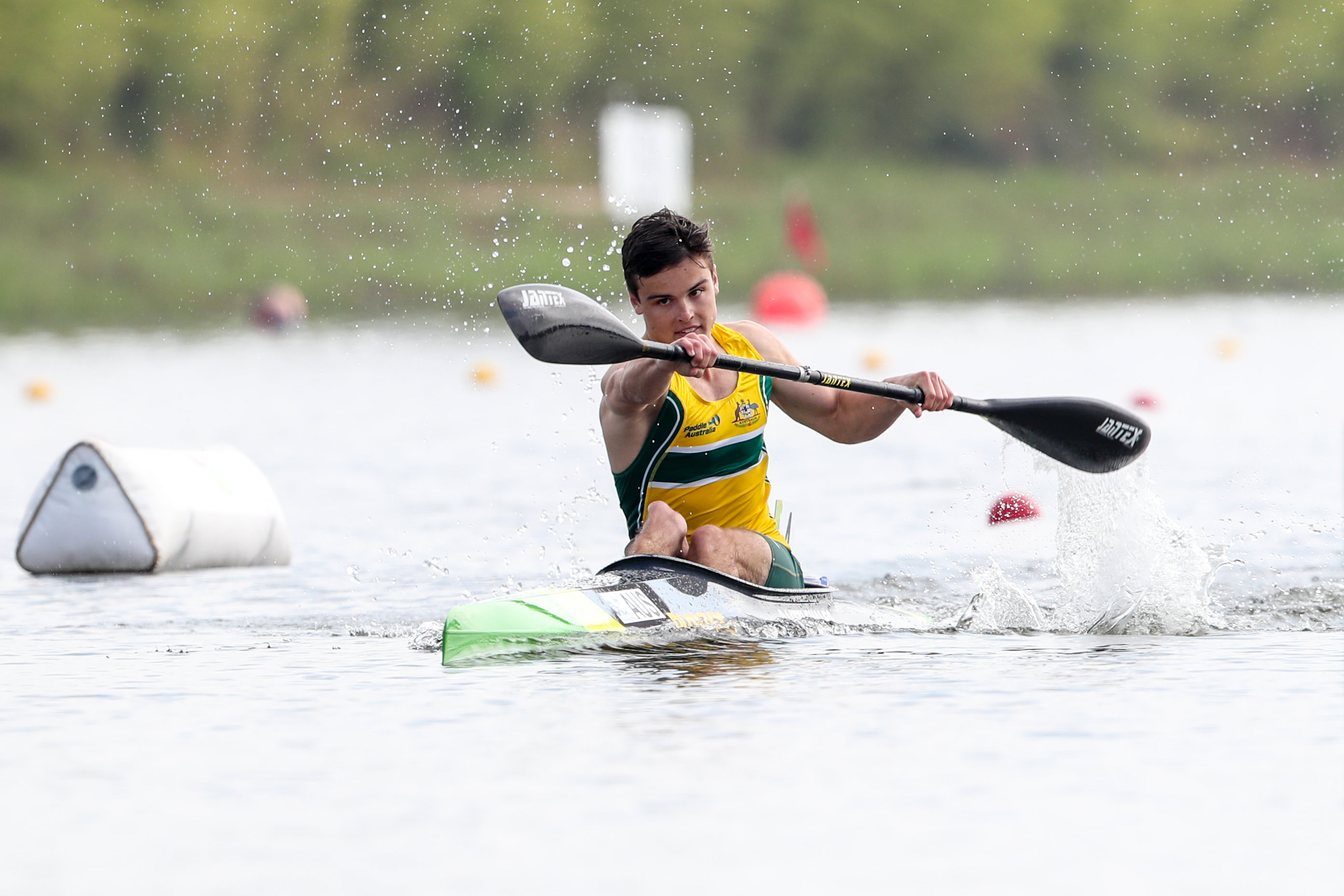 About his own expectations the Paralympic champion and eight-time World Champion added, “Expectations are good. I am keen to race and see where I am at. I won’t

About his own expectations the Paralympic champion and eight-time World Champion added, “Expectations are good. I am keen to race and see where I am at. I won’t be looking to break any records and win the events just have a good hit out and see where I need to improve.”The GP2 will also be the first event of the season with Paddle Australia’s new Paracanoe Coach Shaun Caven, who recently joined the team, after Rio 2016 team coach Andrea King left the team to focus on family with the arrival of twins last year (see media release here: http://paddle.org.au/2018/10/17/paddle-australia-appoints-shaun-caven-as-national-paracanoe-coach/)

“We have a new coach coaching the team which has been nice. Andrea (King) helped establish the program and we have had some great initial success. Guy Power has helped us maintain that success and is making sure the team stays focused and looking to the future. Shaun Caven the new head coach is bringing a fresh Scottish feel and view to the team and helping the team develop towards the Paralympic qualifying events later this year.”

“There is a bit of a talent ID process happening in Australia right now, which is exciting for the future. A number of para athletes have picked the paddle for the first time and we are pretty keen to see how that develops and grows for the focus of Tokyo and beyond,” McGrath added.

The 30-year old had his first competition back in the boat a couple of weeks ago at the NSW Canoe Sprint Championships and is looking forward to continuing the sprint season.

In the women’s events, Paddle Australia’s 2018 national team athletes will be contesting the event with Rio Olympian Alyce Burnett (QLD) amongst the ones to watch following her PB in the women’s K1 500 at the GP1 in December.

Burnett will also be lining up in the women’s K4 together with her 2018 team mates and World Cup medallists Jaime Roberts (WA), Jo Brigden-Jones (NSW) and Alyssa Bull (QLD).

They will race against France’s Olympians Manon Hostens, Lea Jamelot and Sarah Guyot who will team up with Australia’s Cat McArthur (SA). Also at the start line in Penrith will be Great Britain’s three-time Olympian Jessica Walker. 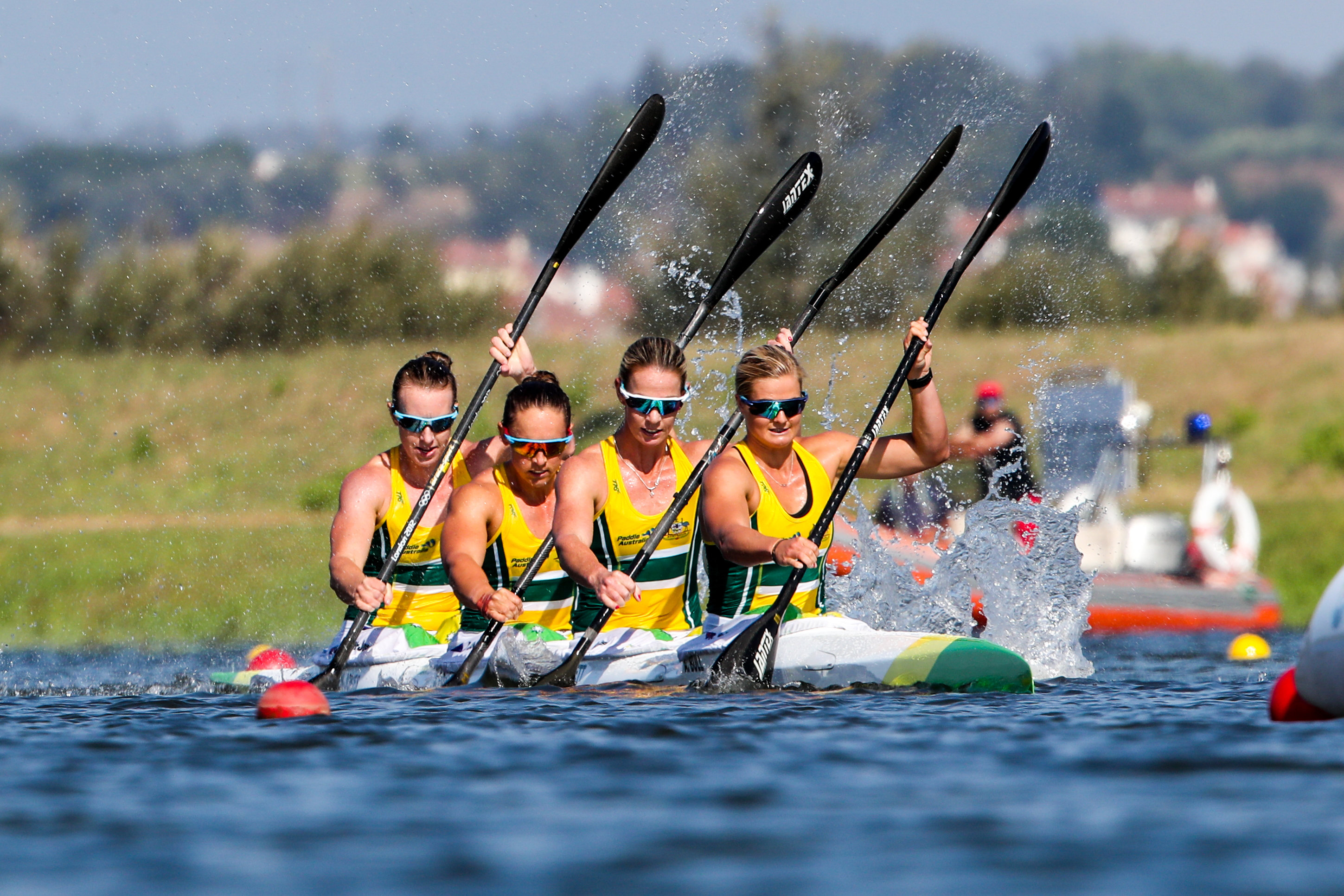 The international contingent spicing up the event also includes Rio 2016 Olympic silver medallist Maxime Beaumont from France, who will be joined by his team mates Francis Mouget and former World Champion Etienne Hubert, as well as London 2012 Olympian Richard Maxime from Belgium.Another event to watch will be the women’s canoe events, which continue to grow since the boat class was added to the Olympic canoe sprint program for Tokyo 2020.

Paddle Australia’s former national team paddler Bernadette Wallace (QLD) had a successful comeback to the racing circuit in Adelaide, when she posted impressive times in the boat class that will premier at Tokyo 2020. Together with her women’s canoe training squad, based at the South Australian Sport Institute in Adelaide (SASI), and together with World Championships paddler Josephine Bulmer (SA), Wallace will be aiming to continue building on her performances ahead of national team selections next month. 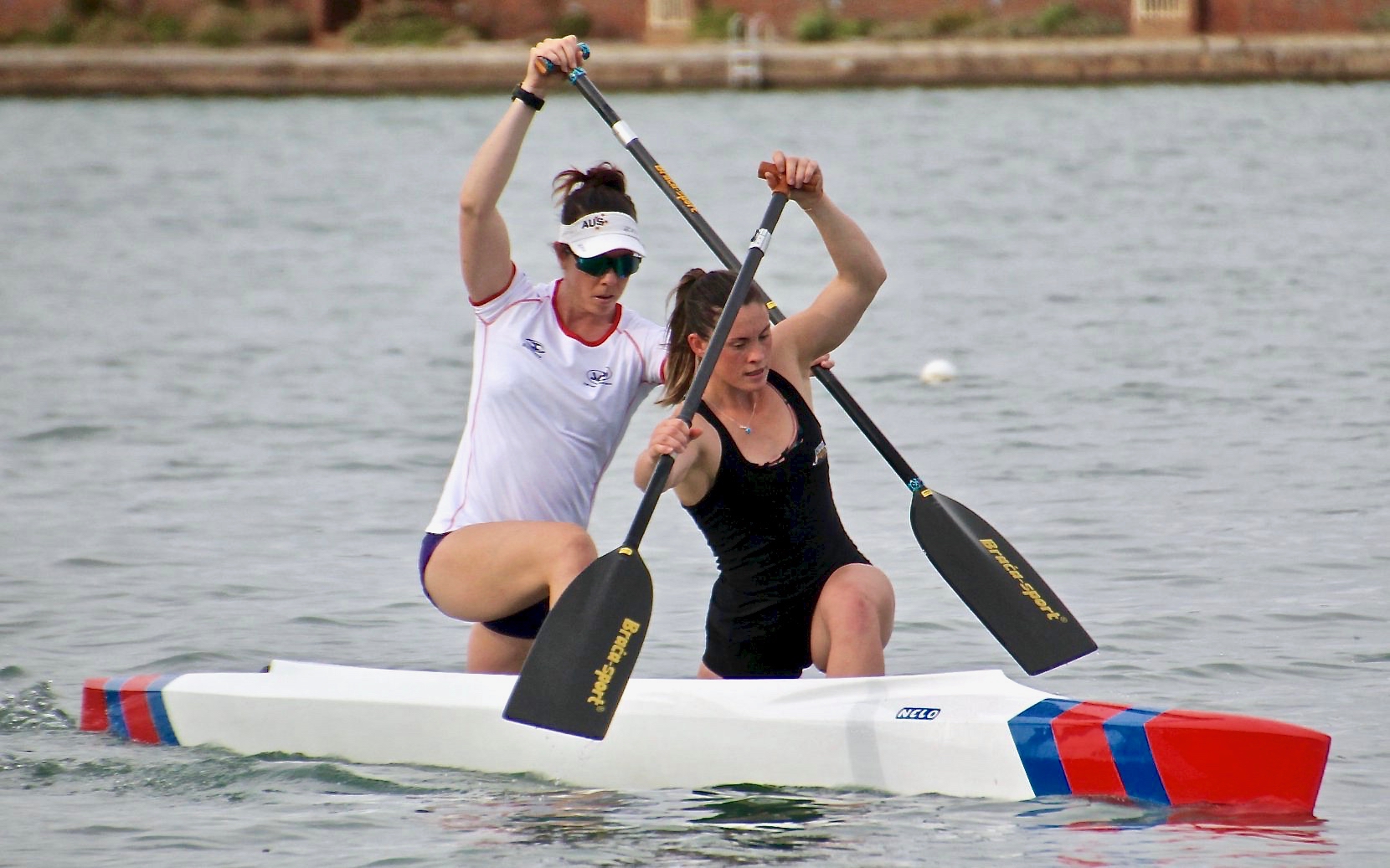 139 athletes from four countries will contest the 76 events across the three-day regatta at the Sydney International Regatta Centre in Penrith with racing starting at 8 a.m. on Friday, 8 February and concluding at 1:45 p.m.Follow live results here: http://bit.ly/2019GP2results
Entries can be accessed here: https://regattas.paddle.org.au/regattas/1163/entries
See race schedule here: https://sprint.paddle.org.au/grand-prix-2/#schedule 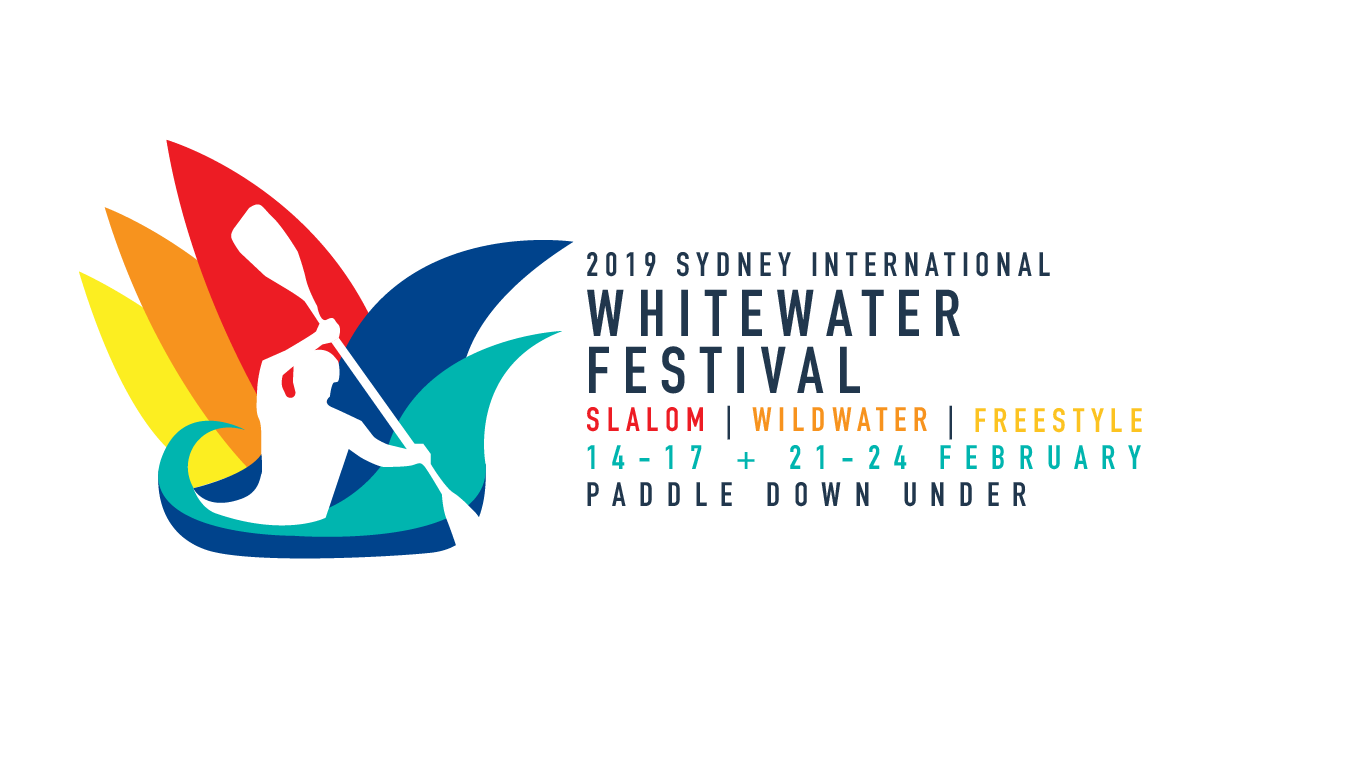 Combining the three whitewater disciplines of canoe slalom, freestyle and wildwater in one event format, the world’s best whitewater paddlers will contest a series of events over two weekends (15-17 February 2019 and 22-24 February 2019) including the Australian Canoe Slalom Open and Oceania Championships as well as the Freestyle Nationals and Oceania Championships and the Wildwater Grand Prix 1 and 2.

The best Olympic slalom athletes and a stellar line-up of World Champions and Guinness World Record holders will compete in an action packed, wet ‘n wild Whitewater Festival, showcasing the exciting and thrilling disciplines of the three disciplines.

Over 300 of the world’s greatest paddlers from over 30 countries, including several Olympic and World Champions, will compete against Australia’s best, with Australian slalom star, greatest female slalom paddler of all time and Western Sydney local Jessica Fox kicking off the international season on home waters.