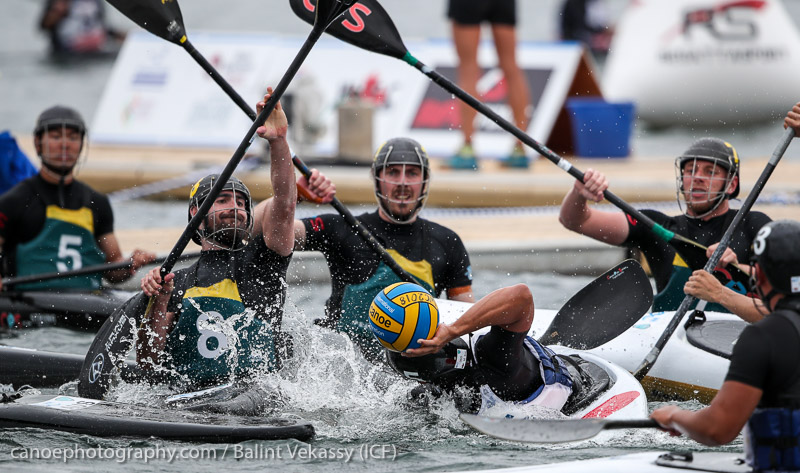 The Australians had a 6-3 victory over Japan in a must win pool match which guaranteed them progression to the top half of the second round and a top 12 finish.

They then scored a thrilling last-second penalty to beat Iran 7-6 in their opening match of the second round.

The Australian women’s team put up a brave fight against Denmark, and are looking forward to a big finish to the championships.

“This is a very new team, a lot of us haven’t played together at this level before,” he said.

“I definitely think the team has been coming together over the past six months, and over the last three days as well. It’s really good to see and I think we’ll hopefully see a lot more in the next three days.

“We’re a very loud team compared to a lot of other players on the field, and I think that is our confidence. We are trying to show the other teams we are here to fight and to win.”

Coach Matthew Moore said he was happy how the team stuck to the script in the win over Japan.

“We had a lot of words, good words, last night and then again this morning and we knew what we had to do. The men really stuck to their task, so I’m very happy.”

The Australian women finished their pool matches with a 3-9 loss to Denmark, and will now play in the bottom half of the competition.

Coach Rebecca Jennings said she was looking forward to seeing her young team taking on squads at a similar level.

“We’re stepping it up each time, it was good to play against an opposition that was not as strong as GB and France,” Jennings said.

“We think we are going to have more opportunities to be competitive in these games in the bottom half of the pool, so we are looking forward to getting out there.”

The completion of pool play has meant the competition has now been split into two divisions, with the top teams all vying for this weekend’s finals, and the bottom teams striving to finish top 16 to guarantee a place at the 2020 World Championships.