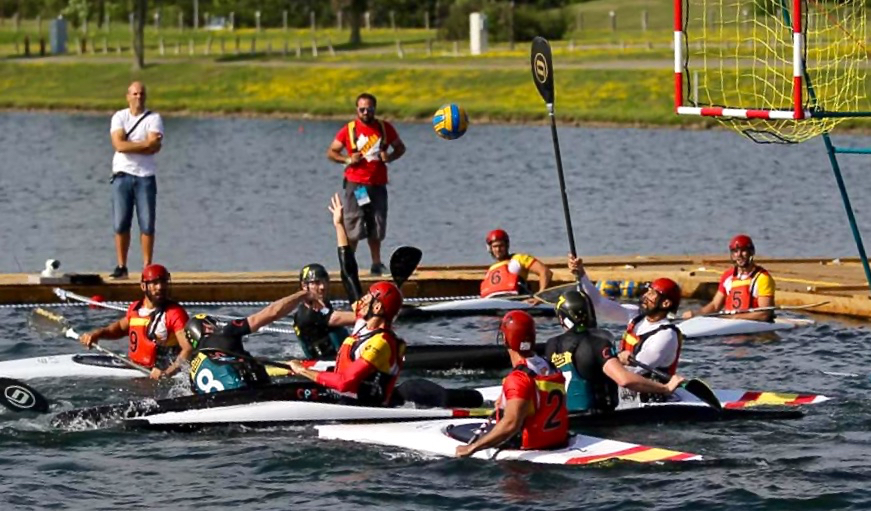 The Australian men’s team finished with a win and a loss and the women’s team two losses on the opening day of senior competition at the 2018 ICF Canoe Polo World Championships in Welland, Canada.

The men’s team put up a strong performance in their opening match against defending champions Italy, before losing 3-1.

They then had a 16-0 win over minnows Argentina, pleasing coach Matthew Moore who is working with almost a completely new squad.

“We got a win, and we played a decent match of canoe polo and we’ll move on to the next one,” Moore said.

“I’m reasonably happy. We did well against the reigning champions, we didn’t win but it wasn’t a big loss.

“The guys are good, there’s no injuries, and we live to fight another day. We have seven new players this year from the eight who were at the last world championships, so we have a new team and a new style, so we will see how we go.”

It was a tough first day for the Australian women’s team, posting a 17-0 loss to Great Britain and a 15-0 loss to France, but coach Rebecca Jennings said this World Championships is a learning experience for her young squad.

“Australia hasn’t been at the World Championships since 2012, so it’s really exciting that we have a team this year of really keen girls,” Jennings said.

“The scorelines for us are really irrelevant, we are just trying to create moments of competitiveness, and I think we did that really well.

“We’ve got three girls U21. It’s a good sign, we’ve had a lot more interest building in canoe polo in Australia.

“We are hoping we can match it with Denmark tomorrow, and then we’ll see how we go from there.”