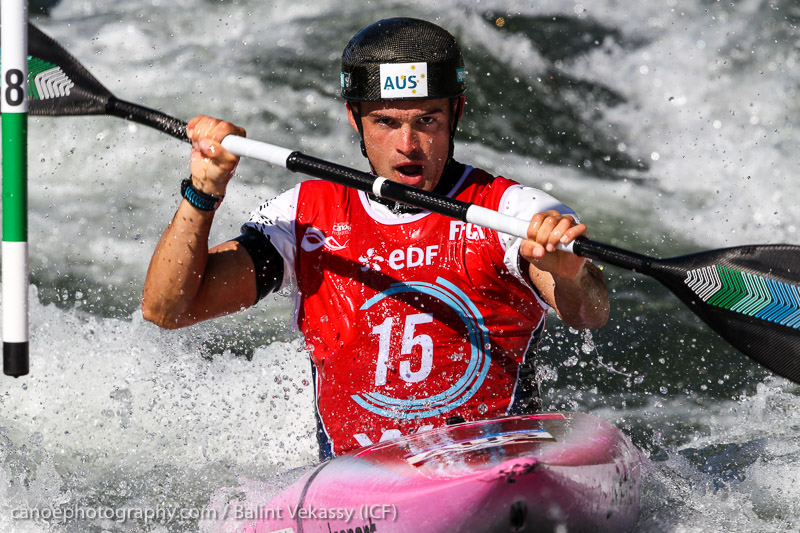 A small contingent of Australian paddlers joined athletes from seven countries at the New Zealand Open over the weekend (20-21 January 2018) to kick-off the international canoe slalom year on the Mangahao River near Palmerston North.

Reigning K1 men’s world champion from Czech Republic Ondrej Repulic Tunka had a clear 89.62sec run in Sunday’s final to take the win from young Austrian star Matthias Weger.  Although Weger touched a gate and picked up a 2sec penalty, he was still 2.51secs behind Tunka, with Australian Olympian and 2017 winner Lucien Delfour third and another 0.14secs further adrift. Australian Angus Thompson just missed out on the K1 final.

The New Zealand Open carries ICF ranking points and was used as a New Zealand selection event, as well as a buildup for next week’s Oceania championships in Auckland.

Find out more about the upcoming Canoe Slalom Oceania Championships, which will be held at Vector Wero Whitewater Park in Auckland, New Zealand from 27 – 29 January 2018 here: http://www.slalomnz.org.nz/events-1/oceania-champs