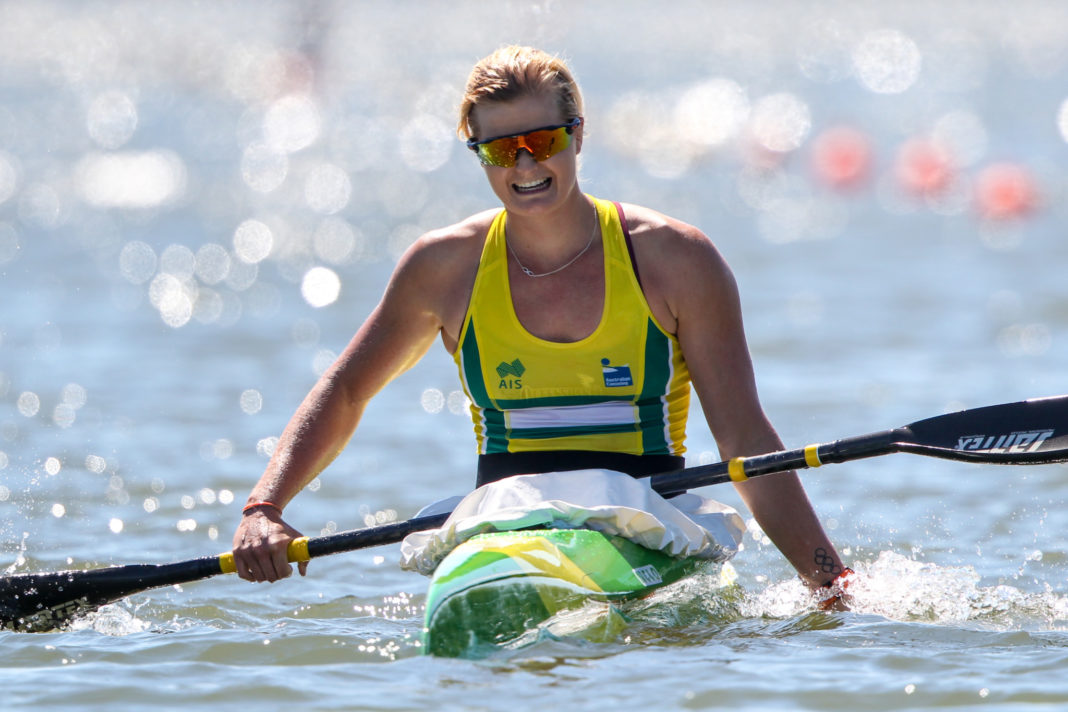 Australia also picked up a bronze medal through Jordan Wood and Riley Fitzsimmons in the U23 K2 1000.

Bull, who made her Olympic debut paddling with Alyce Burnett in the K2 500 in Rio last year, took the lead early in Saturday’s race, and fought off fatigue and a strong headwind to take the gold medal.

“You’re not only racing all the other girls out there, who are all paddling so well, but you’re also taking on that headwind,” an exhausted Bull said after the race.

“Far out, that was like the main competition out there. I think everyone was just trying to stay low in their boat. It’s a long way.

“I haven’t really tapered for this, but I love racing so when it comes to a race I can be pretty competitive.”

The strong wind at the course was providing good conditions for athletes in the extreme outside lane nine, and made for a tough race for 2015 U23 K2 1000 gold medallists, Wood and Fitzsimmons, paddling in lane four.

Germany in lane nine won the gold, with Russia in lane eight talking silver ahead of Australia.

“It was always going to be a tough lane to win from in these conditions, but there are no excuses out there.

“We were lucky enough to come away with a bronze, and I think it shows that we are in good stead for the senior worlds, we’re in a good place right now.”

Bull will get a chance to add another medal to her collection when she competes in the K1 500 on Sunday, but admits she is looking forward to getting back into training with Burnett.

“It’s pretty cool to be able to go back to your age group and have a race, but I miss doing it with my buddy AB,” she said.

“Sometimes it’s nice to be able to put a good race together in the K1, it makes you a little bit more confident and excited to do it in the front of the K2 as well.

“It’s been a big year, a long year, but it has gone by pretty quickly.”

In other results on Saturday, Bill Bain, another paddler to find himself in the difficult middle lanes, finished eighth in the U23 K1 1000 final, while Jemma Smith, competing in her first big international event, finished fifth in the junior K1 1000 final.

And the women’s Junior K4 500 crew of Tiarnee Massie, Jemma Smith, Lucinda Kelly and Mackenzie Duffy finished first in the B final.