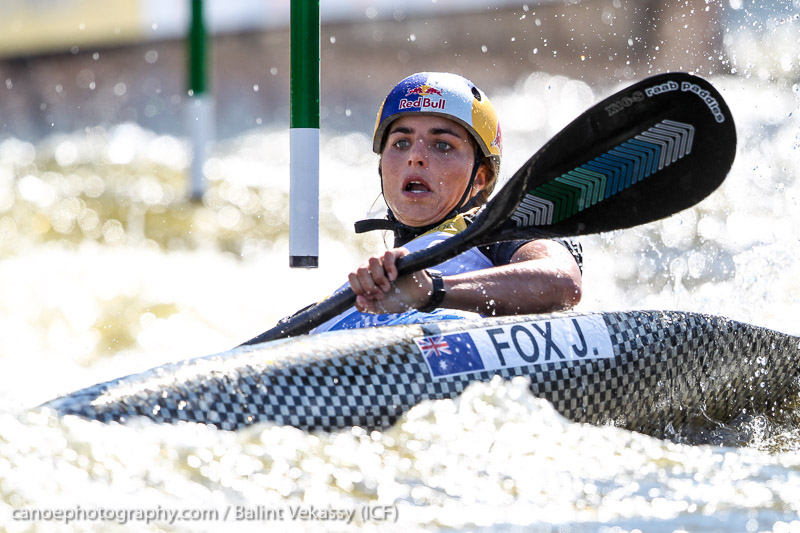 Jessica Fox has described her feelings of anger and frustration as her chances of a medal at the ICF Canoe Slalom World Cup slipped away for a second day in Prague overnight.

The two-time Olympic medallist picked up another 50 second penalty for a missed gate in the women’s K1 final, just as she did in the semi-finals of the women’s C1 24 hours earlier.

“Today I was really angry and frustrated with myself that I couldn’t get back into it,” Fox said.

“It’s something I just need to drill back into training and do some more hard moves, hard staggers. I am generally pretty consistent in my races and rarely have a big blow-out in the final.

Fox ran into trouble on the same gates that brought her undone 24 hours earlier, but said the problems from the C1 had not being playing on her mind in the K1 final.

“Today I was a bit disappointed,” she said.

“I felt good in the semi, and in the final I had an edging mistake, missed gate seven because of what I did in gates four and five.

“After that it was hard to get back into it. I didn’t feel like myself on the water.

“Generally I separate my C1 and K1 quite well. I always try and learn from what I did in my C1, and I guess when it goes well in the semis you think you have it down pat.”

The Australian team will now head to Augsburg. Germany, for World Cup 2 next weekend.