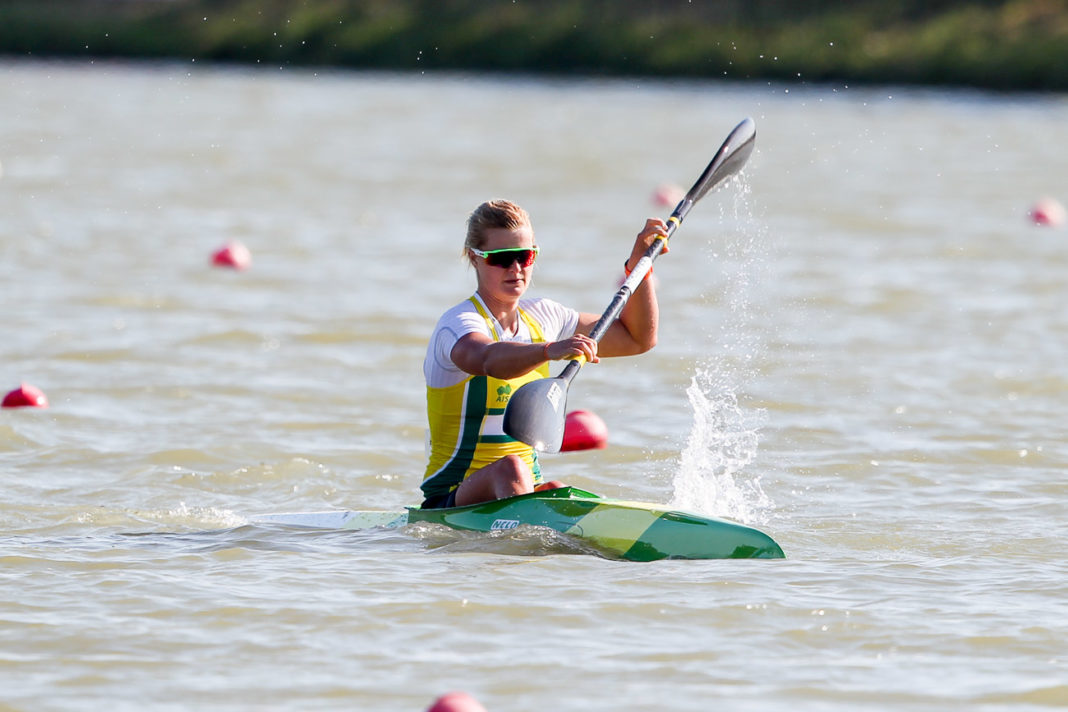 Australia has made an impressive start to its European canoe sprint campaign, led by the young quartet of Alyssa Bull, Cat McArthur, Alyce Burnett and Billy Bain at the ICF World Cup 2 in Szeged, Hungary.

Bull and McArthur have qualified for Saturday’s gold medal race in the K1 1000, Bull blitzing a quality field in the very first race on the program to qualify straight into the final.

“I’ve shocked myself, straight through to the final, which is pretty sick.

I didn’t know what to expect. This is my first real K1 race at an international level. I just wanted to have a good start and blow out a few cobwebs.

For me, every race I’m gaining more and more experience.”

McArthur had to go into the K1 1000 semi-final, but repeated Bull’s performance to win her race to make it two Australians in the final

“I had a good start, I was really happy with that,” McArthur said.

“People who’ve watched me race before know I go out hard, and I was feeling good but I was worried I might have gone out too hard.

“I was given the opportunity not to race the 1000 this weekend and just do it next weekend, but I thought if I do it now I can learn more things and apply it next week.”

Bull’s red-letter day continued when she teamed up with Rio Olympic teammate, Alyce Burnett, to post a strong win in their heat of the K2 500.

Bull and Burnett made the final of the same race in Rio and are expected to be among Australia’s leading performers in the run up to Tokyo 2020.

Billy Bain became the fourth Australian to win on day one of the World Cup, powering home to beat a quality field in his heat of the K1 500. Earlier in the day Bain had fallen just short of qualifying for a world-class K1 1000 final, which will feature five of the finalists from Rio.

Sprinters Matt Goble and Robert McIntyre celebrated their return to the Australian team, both showing plenty of speed to qualify for the semi-finals of the K1 200.

2012 Olympian Jo Brigden-Jones and Perth’s Jaime Roberts are into the semis of the women’s K1 200, while it was an historic day for Josephine Bulmer, who became the first Australian woman to compete in a canoe event at a World Cup.

Bulmer is through to the semi finals of the C1 200.

“I was really really nervous, but after breaking the ice with the first one I got really excited,” Bulmer said.

“It’s all happened kind of fast. I haven’t had much time to reflect, but it’s pretty cool to be the first.

“I was really scared coming into it, I thought it was going to be more daunting, but in the end it’s just an event.”