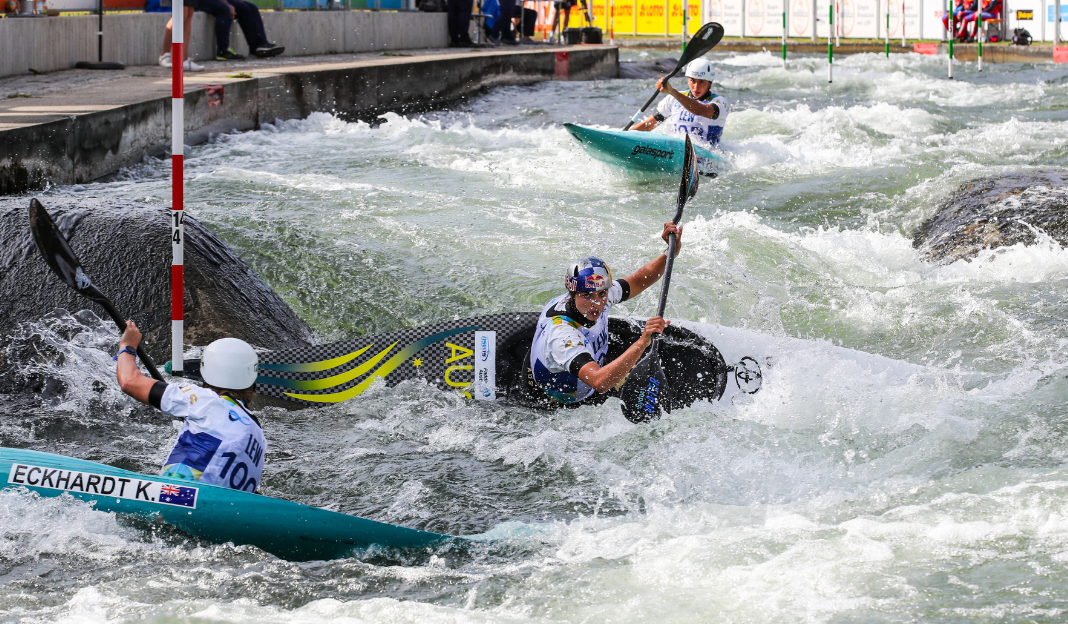 Paddle Australia’s National Canoe Slalom Team had a strong start to their World Championships campaign in Augsburg, Germany, with all nine athletes settling their nerves in the Kayak and Canoe Team events.

The Women’s Team of Jess Fox, Noemie Fox and Kate Eckhardt narrowly missed out on the podium in the Canoe event, placing 5th in 119.81 (+4.46), making a strong comeback after their opening Kayak event which saw a 50 second time penalty for an incomplete second gate, to place 13th in 161.34 (+58.56).

On a notoriously tricky course, there were numerous penalties across all teams, however all three athletes agreed it was a great first hit-out at the World Championships, and a fun challenge to compete in the Teams event.

“We haven’t done a Team event together for five years, so I think we had some really awesome paddling considering that, and I had a lot of fun out there,” Eckhardt said. 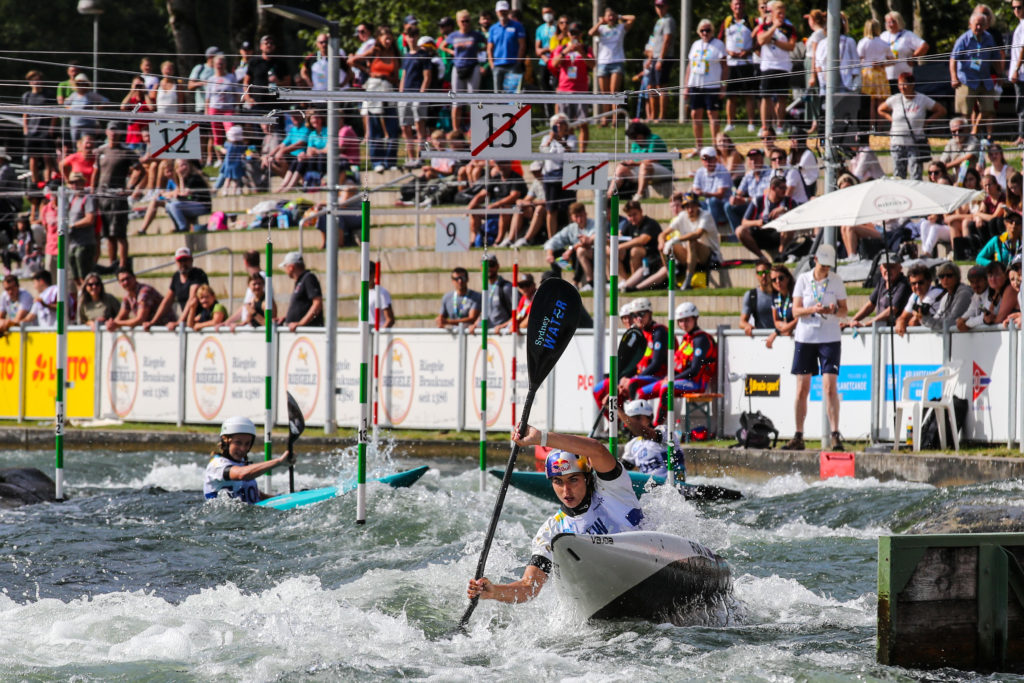 Competing at her tenth World Championships, Jess Fox said she was really proud of her teammates and looking forward to a big week of racing ahead.

“I am super proud of the girls, there were some really nice feelings on the water and we can be confident to race in the individual events,” she said.

“It’s also great to just soak up the atmosphere here in Germany, I’m loving it.”

The Men’s Kayak Team of Tim Anderson, Lucien Delfour and Ben Pope had a strong run, and after leading for three-quarters of the event, they placed 7th from 30 teams in a time of 98.88 (+6.98).

They had an almost faultless run, other than a small gate touch in the middle to record a two second penalty. 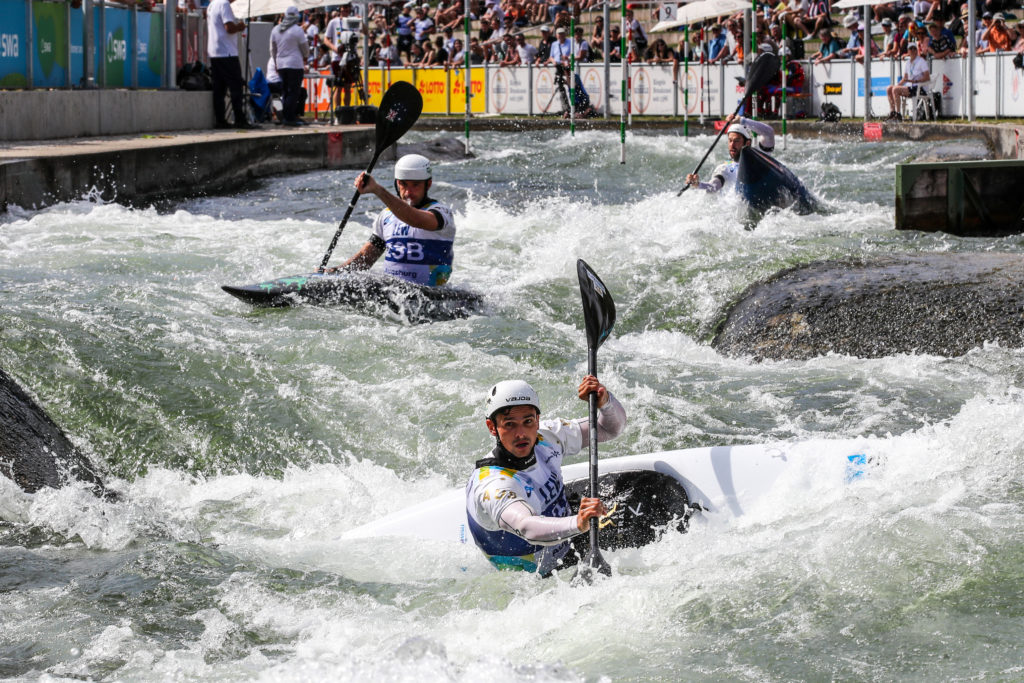 “It was really fun to get a run on the board, we’re pretty happy with it,” Anderson said after the race.

“I think we paced really well at the start, quite nice and tight, but we had a bit of a mishap in the middle section that cost us a bit of time unfortunately,” added Delfour.

“But overall, it’s probably one of the best team runs we’ve done,” he said.

The Men’s Canoe Team of Tristan Carter, Kaylen Bassett and Brodie Crawford were the final Aussies to compete on the opening day of competition at the 1972 Olympic venue. 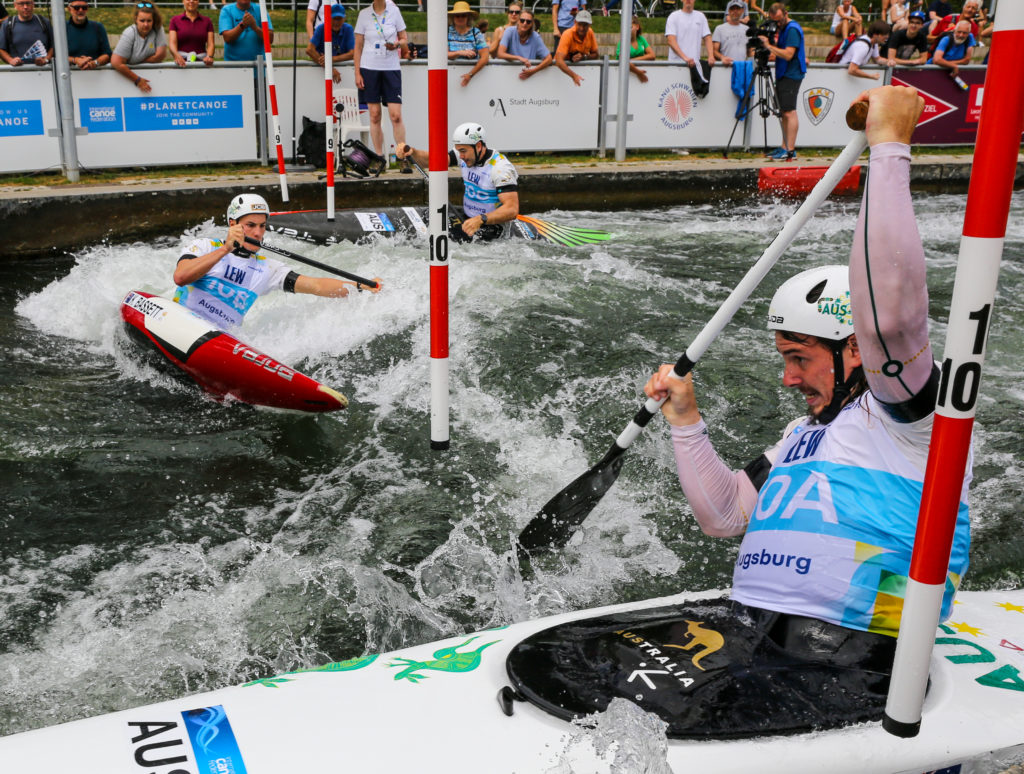 “It wasn’t the crispest or cleanest run, but for how much Teams work we’ve been doing, and being the first time racing Teams as a unit, I think we can still be pretty proud of the result,” Basset said.

Crawford agreed it was a great opportunity to dust off the cobwebs for the individual events later in the week.

“I was quite nervous at the start,” he said. “You know, it’s World Champs, big atmosphere and a lot of people here.

“It felt good on the water, it just sets you up really nicely for the individual races.”

“The atmosphere is something else,” Carter added. “It’s definitely the biggest World Champs I’ve been to, and it’s only the first day so I can’t imagine what the rest of the week will be like!”

The Australian team will be back in action on Thursday with the Men’s and Women’s Kayak heats, before the Canoe men return to competition on Friday for their heats.