Home General YOUNG GUNS AND OLYMPIANS IMPRESS ON FINAL DAY OF RACING AT 2022... 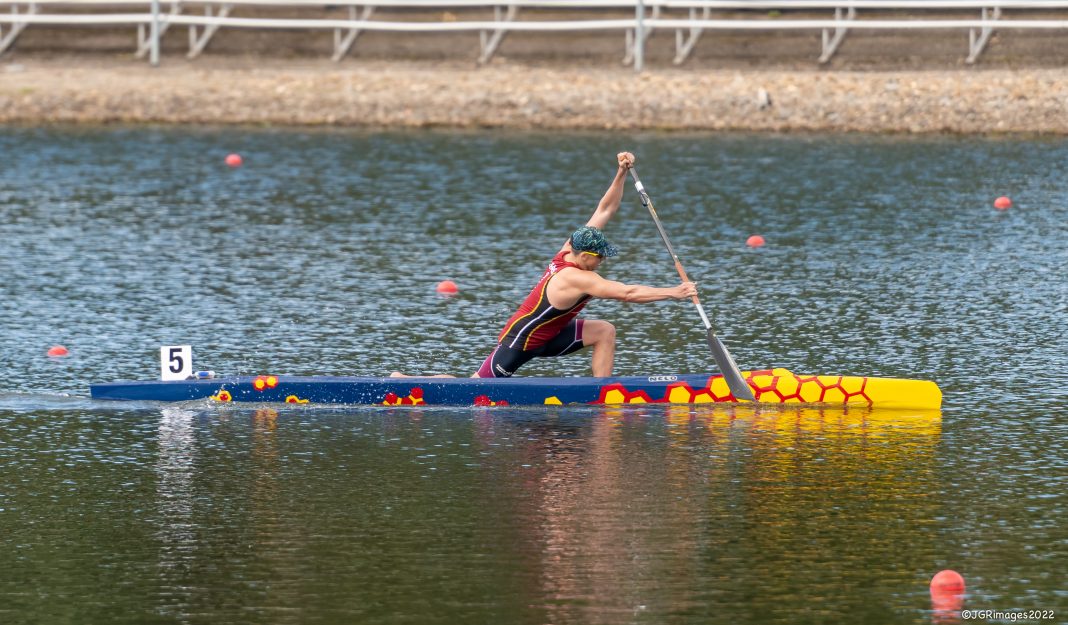 There was plenty of action to impress on the final day of competition at the 2022 PA Canoe Sprint Grand Prix 2 at Sydney International Regatta Centre in Penrith.

The K1 1000 events were up first on the program, with athletes demonstrating their fitness and endurance over the gruelling Olympic distance.

Having raced the shorter distances earlier in the regatta, Green said he was excited to be challenging himself over the longer course again.

“The 1000 for K1 is my favourite race, and it’s obviously disappointing we won’t race the K2 over that distance anymore,” Green said.

“But it’s time for Jean (van der Westhuyzen) and I to adapt ourselves, and try and put what we’ve managed to achieve in the 1000 down to the 500.

“It should be fun because it’s a lot faster – and it gives us a new goal and new things to work on which is always nice and I’m really looking forward to it,” she said.

Having not raced since his gold medal performance at the Tokyo Olympic Games, the experience of being back competing is one that Green has enjoyed.

“Being back in a competitive environment is always nice, because you can put what you’ve been practising in training into competition,” Green said.

“Not just on the water in racing but everything around it too – the processes. So it’s been good for us to test ourselves here off the water, as well as on the water,” he said.

Manning was very proud to have been able to put together a good race, and earn a PB.

“Super happy that I was able to race a PB – there’s a bit of a cross wind out there which is always a bit more of a struggle in the canoe because we don’t have a rudder,” Manning said.

“We haven’t had racing in about a year now, so having those two 500 races earlier in the regatta, I used them as a practice of going through my warm up, and my race plan.

In the 1000s I really try to push myself, and the goal of national team selection and travelling overseas has really spurred me on this week. I’m a very competitive person,” he said.

“I’ve been doing a lot of work with Kenny, and he’s definitely helped me quite a lot these last few months,” Manning said.

“He’s really stepped up and helped me out – he’s won plenty of gold medals before so he really knows a lot about 1000 distance racing.

“The knowledge he has about the 1000 is something else, it’s helped me immensely in my own racing,” he said.

Team boats rounded out the final day of competition, with athletes teaming up in the K4 500.

NSWIS paddler Georgia Sinclair, who has recently relocated to the Gold Coast to be part of the National Centre of Excellence program, said it was great to finish the regatta in the team boats.

“The big boats are always good fun – I love my team at NSWIS and to be back in the boat with them was great fun to finish off a great regatta,” Sinclair said.

“For me personally, I’ve had some great team boat results this week in the K2 with my partner Aly (Clarke), in both the Opens and U23s.

“To get a good result in that was a great feeling, and will hopefully set us up for a good training block back home,” she said.

The next national competition for Canoe Sprint will be the 2022 PA Canoe Sprint Championships at Sydney International Regatta Centre from 13-17 April 2022.