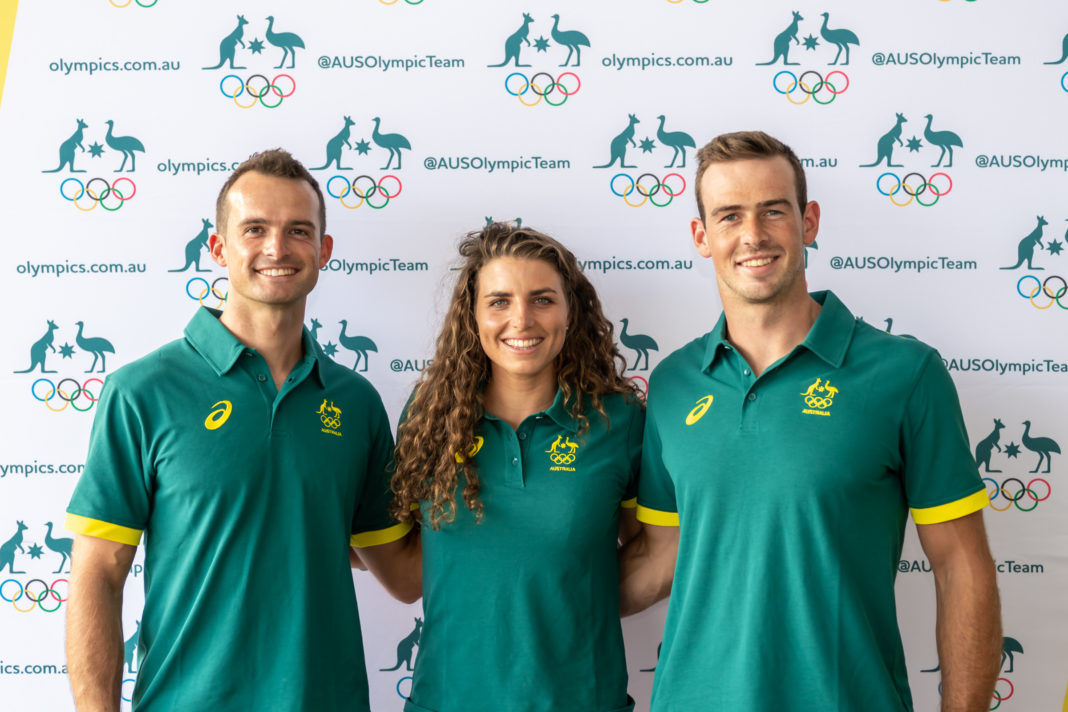 Paddle Australia’s Olympic canoe slalom paddlers were supposed to be at the Tokyo 2020 start line this week for the Olympic canoe slalom competition, which was originally scheduled to take place from 26 – 31 July 2020.  But with the postponement of the Games by a full year back due to the coronavirus pandemic, Jessica Fox (NSW), Daniel Watkins (TAS) and Lucien Delfour (NSW) will have to wait another year to get to their Olympic goal they have worked so hard for.

All three locked in their Australian Olympic Team selection earlier this year and despite the initial disappointment and challenge to adjust to the shift in goal posts, the team has remained focussed and positive.

“I’m feeling really positive about the one year to go mark.  It’s a really cool round number to see.  When I first got selected to the Games I had only six months to prepare and I was ready for that. Now I am at home when we should have been competing in Tokyo right now and I have a full year ahead to drive to be a better paddler. I like to believe my career hasn’t peaked, so this extra year is really just an advantage to me,” Tasmanian Daniel Watkins said about the advantages of having extra time to prepare for his first Olympic Games, where he is set to represent Australia in the men’s C1.

Paddle Australia’s canoe slalom ‘goat’ and two-time Olympic medallist Jessica Fox, who is heading to her third Olympic Games, admits that it took a bit of adjusting to the new timelines.

“There are mixed emotions and of course I would have loved to be there now.  But it’s been a few months since the postponement and I’ve recalibrated and am looking forward to the new countdown – there’s excitement and déjà vu for sure,” Fox said, who won a bronze medal in the K1 event at the 2016 Rio Games and a silver medal at the 2012 London Olympics.

The 26-year old, who unwrapped the new Olympic boat design together with team mate Lucien Delfour last week, was selected to contest both the women’s K1 and C1 at Tokyo 2020, with the women’s canoe event set to premier at the Olympic Games. 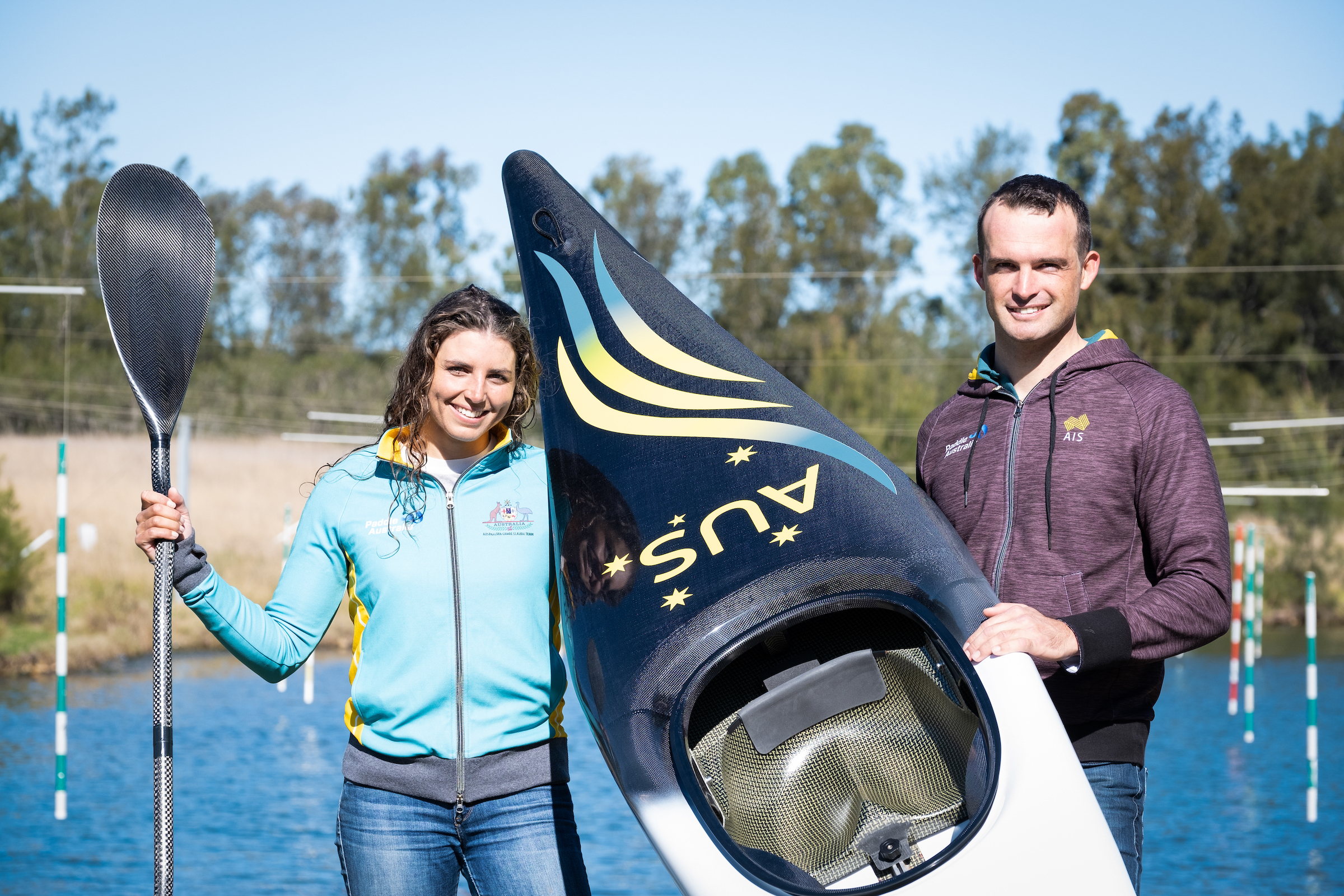 “The Olympic boat design looks good and I’m excited to paddle in a white, green and gold boat next year.  I can’t wait to see the full kit ready for the startline!  In a way it’s given us more time to tweak equipment and we have more time to get used to it as well,”  Fox said.

While the ten-time world champion remains positive, Fox also acknowledges the mental challenges the postponement has brought for many athletes.

“It’s a challenging period but it’s important to take it day by day and find joy in training and everyday things.  The motivation isn’t always there – it hasn’t always been for me – but discipline is what keeps you going and, on those days, when I don’t really feel like it or don’t feel motivated, I find that just showing up and starting with intention, the motivation will follow.”

Fox encouraged everyone to reach out should they need support, “never hesitate to talk to a teammate, coach, friend, family member – it’s important to reach out when you need help or someone to talk to.” 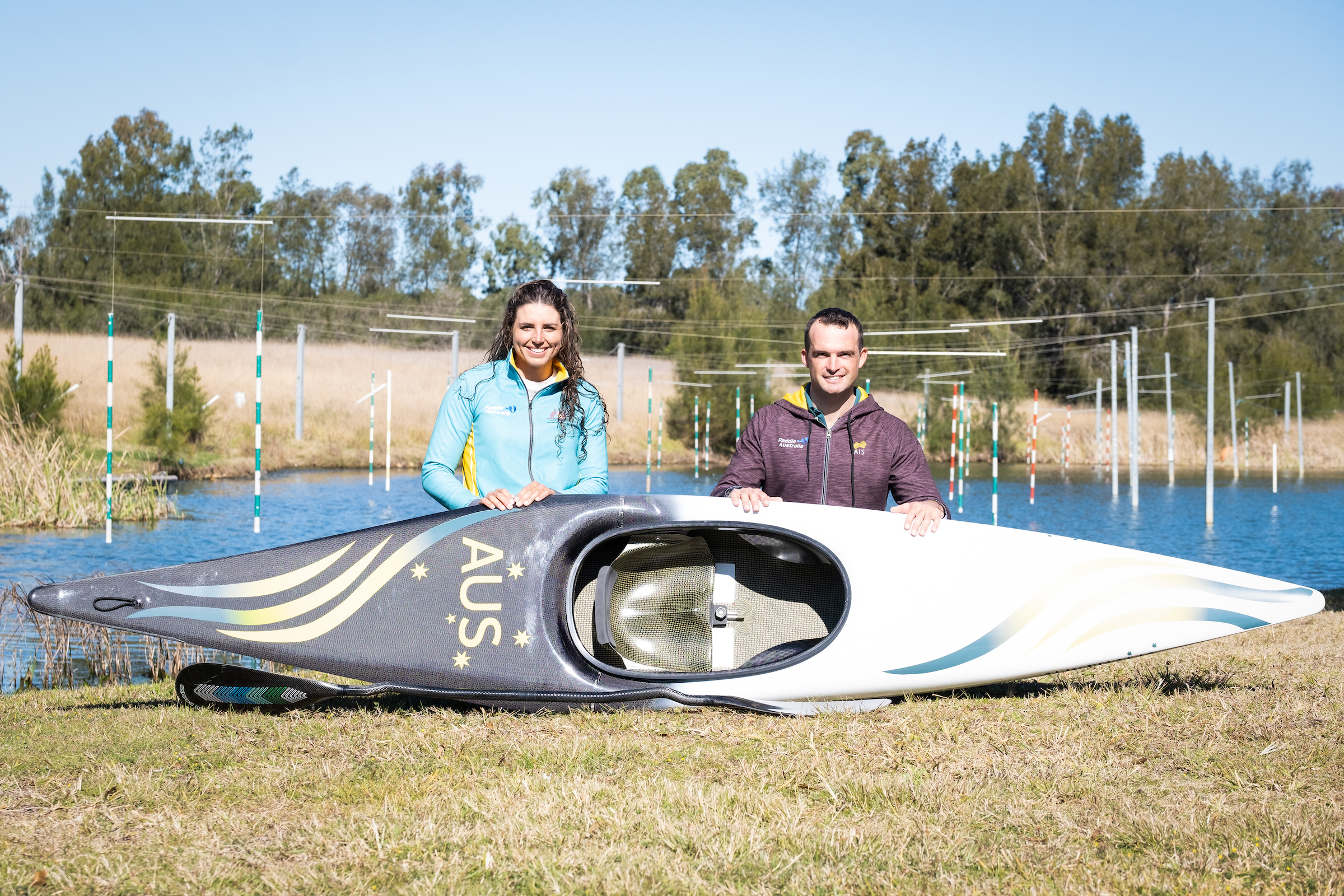 Fellow Rio Olympian Lucien Delfour, who will be contesting his second Games come Tokyo, is also staying focussed on the goals ahead.

“I use Tokyo for motivation, but I try not to dwell on the fact that we should be there right now, as I don’t find it very helpful.  Instead, I focus on my short-term goals, which are fitness related, and easier to monitor,” Delfour said.

Delfour has been focussing on gym training over the last couple of months and while there might be a couple of slalom competitions in Europe at the end of the year, he is happy to stay put and continue training in Australia for now.

“I have made huge progress in the gym and the training has been going well.  I would like to compete in Europe later this year, but the logistics are obviously quite complicated and I’m still trying to decide if it’s worth it.  Training conditions are not ideal at the moment, but in less than a couple of months we will start having some nicer days and I will be able to focus on paddling a lot more with a new training block coming up.”

Jessica Fox and Lucien Delfour have been back training at the National Centre of Excellence – Canoe Slalom in Penrith and have been able to get back on the whitewater at Penrith Whitewater Stadium since the end of May when restrictions started to ease.

“I think we’ve also been lucky to have some beautiful winter sunny days – it’s definitely cold but it’s been much more enjoyable when the sun is out,” Jessica Fox described the training conditions in her first Australian winter at home in a long time.

“I’ve been able to do some sessions with the boys which has been great too.  There’s a couple of World Cup competitions scheduled in a few months in Europe which I would like to compete in – if they go ahead.  In regards to Aussie competition, there will be a domestic season commencing in October or November,” Fox added about the tentative plans ahead.

“The last few months have been good to focus on gym and flatwater blocks and I think I’ll try continue building on my strength and fitness over the next few months as we aren’t tapering for a race season this year.  I’m looking forward to training in different venues and with different people and hopefully competing in some races to top up the race tank!”

While Delfour and Fox have continued training at Penrith Whitewater Stadium, Watkins has been making the most of training in Tasmania, after returning home before the borders shut.

Following a break after the Games postponement, he now feels energised and excited about the one year to go countdown and training ahead.

“When we went into lock down, I took a big break straight away so I wouldn’t get tired of trying to train hard at home alone. So I am coming into the one year to go count down full of energy and lifting in training every day,” Watkins said.

“At the moment, I’m in a pretty standard training.  I’d say 11-13 sessions a week so not too heavy. I’m also working right now while the training is less intense so I can be fully focussed in a later training block.  At the moment my biggest focus is in the gym,” Watkins added about his current training regime, which he will continue in Tasmania until travel restrictions ease.

“My plan is to stay in Tasmania until it is easy to travel between Sydney and Hobart without issues of quarantine.  When I can travel, I’m looking to enjoy some training trips up to Penrith before eventually relocating at the end of the year or early next year for the final push into Tokyo,” Watkins said.

“As far as international travel goes, I’m very happy to stay here in Australia for the rest of the year and not risk going to Europe to try and race.  I am hoping though that we might get a travel bubble with New Zealand soon as I’d love to spend some time in Auckland as I feel there a great similarity between the Vector Wero Whitewater course there to the course in Tokyo.” 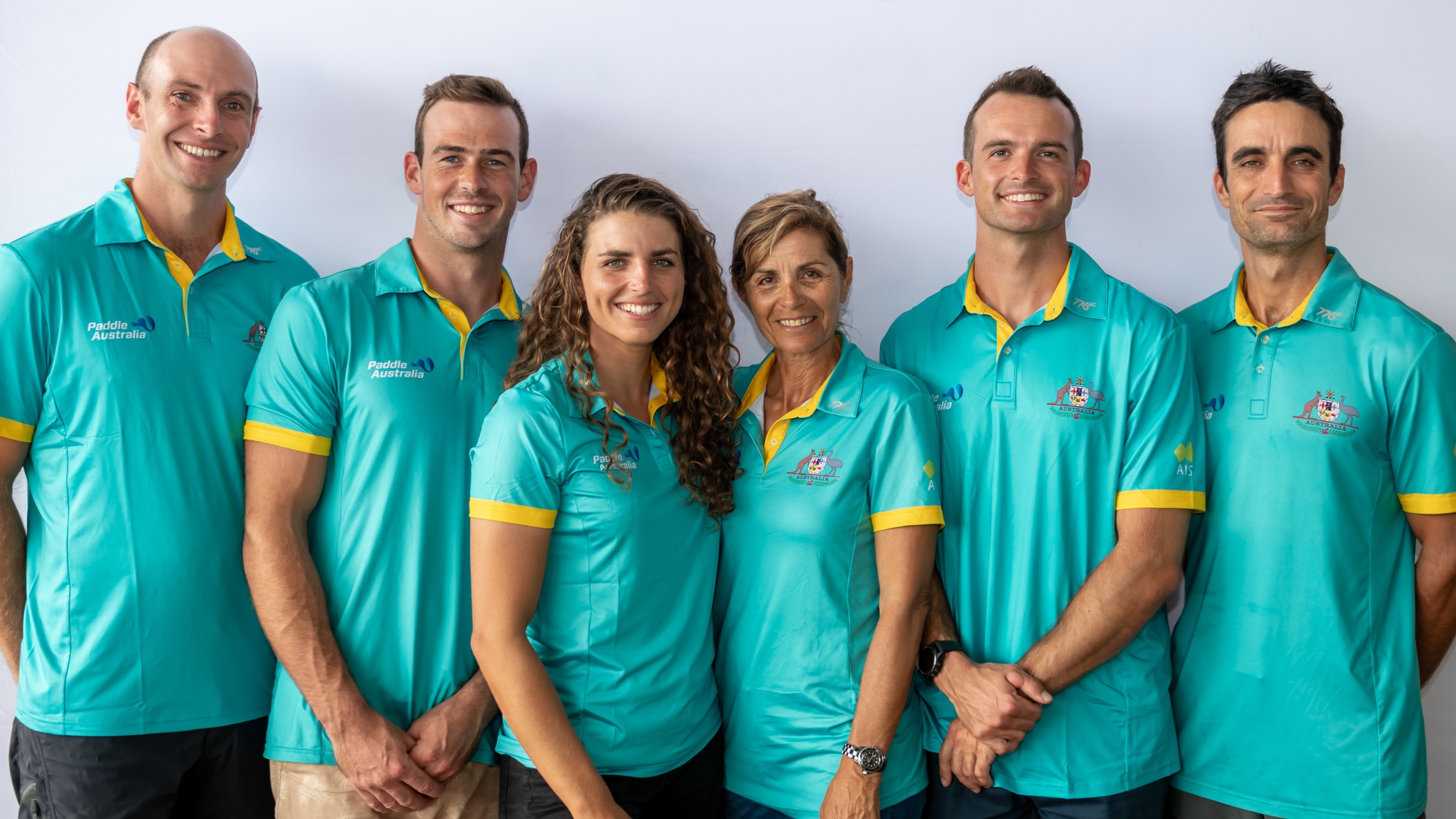 Find out more about canoe slalom and the Australian Paddle Team here: https://paddle.org.au/auspaddleteam/